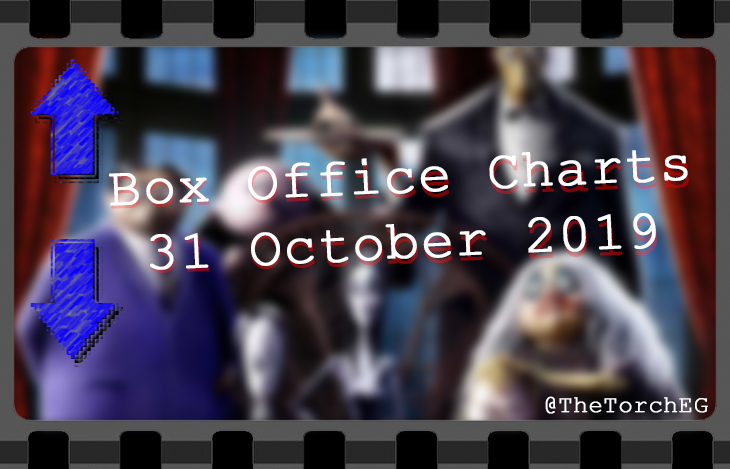 It’s Halloween! It’s an advantage getting free promotional stuff from events, so tonight I’ll be answering the door in a Borderlands 3 mask from EGX. And Yes, I’ll be getting all of it out in bulk soon. Although, if the few responses so far, I think the reference has gone over the kiddies heads. Think it’s go over the parents heads as well. Wasn’t this meant to be about films…

Joker still holds its number on spot in the UK and internationally. The latest Terminator film fought its way to number two in the UK, nudging Maleficent to third.

The rest of the charts are a mix of new comers, some for the season like the latest version of The Addams Family, and ones that are still slowly falling down the charts like Downton Abbey.

We’ll see how things pan out as the November, most known for being Oscar Season, rolls in. Or what I think what will be known as who will get into the fights against Joker for awards.

All that said, here’s the UK Weekend Box Office,

And here is the US/International box office chart for the week;