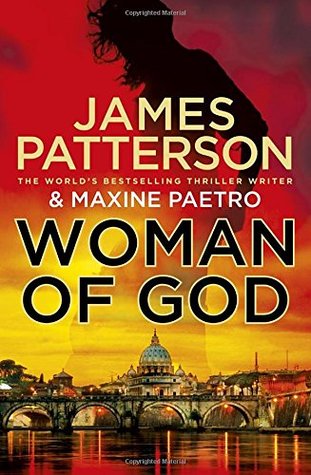 Where have I been? I’ve been away. Finally, I’m back and ready for new titles and reviews. Let us begin, shall we?

Woman of God is a 2016 Novel by James Patterson and Maxine Paetro about Bridget Fitzgerald, her struggles in life 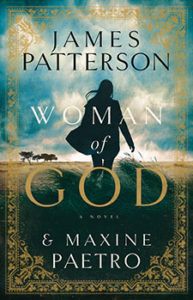 and her relationship with God. Man, honestly that is the best I can summarize this book. It’s pretty heart breaking, she was put through so much, and the core focus of this book is her relationship with God in relation to all of the trials and tribulations she suffers through. Written in the first person, from the eyes and thoughts of Bridget, you explore the life of the very humble, fragile, yet strong woman as she works as a relief doctor in war torn South Sudan, then to the streets of Italy where she deals with loss and pain. You follow her as she deals with war, death, sorrow and pain, all while asking yourself what you would do in her situation? Would you be able to survive the pain? The heartbreak? Would you be able to keep your faith in God?

The second part of the ‘Woman of God’ has a more religious and political leaning, the religion focused on in the text of this book is Catholicism. As you all, at least those of you who have read my reviews before, know I love me some controversy and social political soap opera. See, Taming of the Queen and its look at the reformation of the Church within England, as well as The Ryiria Series and its ideology of Man’s greed and need for Power is ultimately pointless. I really should go back and have an analytical look at those books. So, for ‘Woman of God’ to sneak that in along with the heart-breaking story of this woman who is having her faith tested, gets an A+ in my book. No pun intended

‘Woman of God’ looks at the strict rules of the Roman Catholic Church. It mostly looks at the idea of rules changing in regards to the personal lives of Priests and the role of Woman as priests. The book even marketed itself, and heavily hinted at the possibility of a woman priest becoming Pope ala Pope Joan.

Overall, ‘Woman of God’ by James Patterson and Maxine Paetro is a very emotionally charged read, that looks at Faith from the eyes of a woman who has her faith tested in some very intense and soul breaking ways. It quickly becomes a soap box for religious political agendas within the Catholic Church If this is right up your alley, why not check it out, it’s available on Amazon, Audible and any of your local book stores.