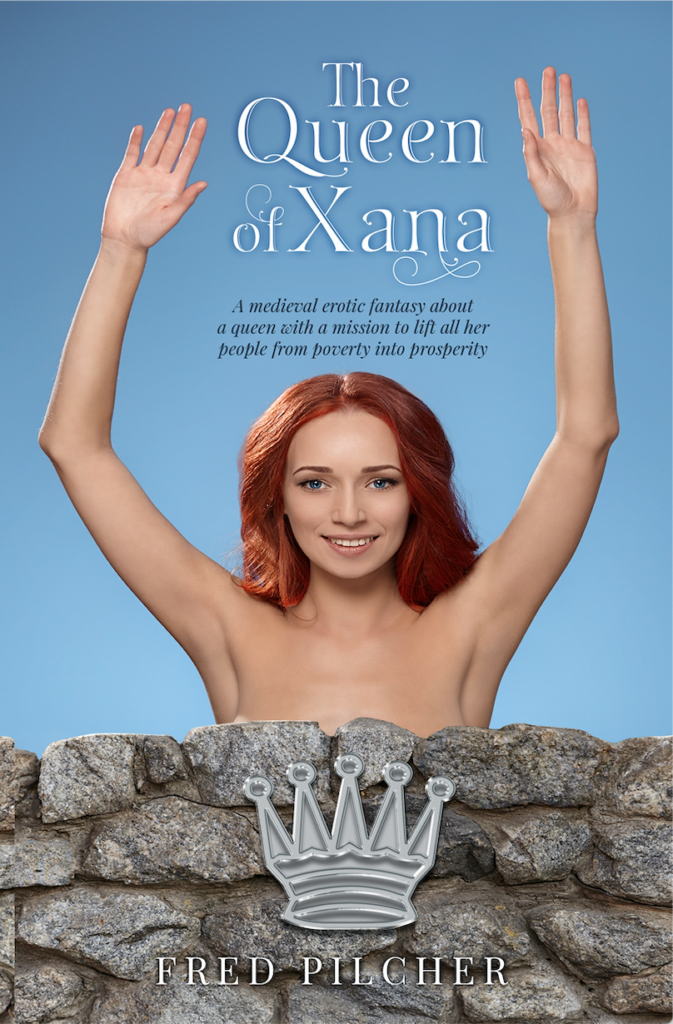 Disclaimer: If you wish for a none Spoiler review please visit my GoodReads since the following review will have in-depth spoilers and discussion.

The Queen of Xana is a 2018 historical medieval fantasy novel from author Fred Pilcher. It follows the story of Princess Agatha of Xana as she goes from Princess to Queen of the country of Xana while trying to lift her people from poverty to prosperity.

There is so much to say about this book that I actually have no idea where to begin. It is 240 pages of …potential,… It is a book that gets close to its point but seems to somehow miss it.

The format of this book is moderately interesting, it’s written from the point of view of a historian, who is revisiting the legend of Queen Agatha. It is full of little interjections that appear halfway through the chapters, that fill in the background of the distinct customs of Xana and its people. While some people might find this helpful, it practically reads like someone that is telling you small stories of Agatha’s life, and because of this, it results in the book feeling rushed, disjointed and characters feeling as if they lack development.

Plot points are presented and quickly glossed over within 5-10 pages and you’re left with nothing. It is hard to pinpoint the main plot of this story. To me, the main storyline ended 30 pages in, and the rest of the book is just waffling. That isn’t to say there aren’t good parts, however, as quickly as this story points begin, they quickly end. You’re told what characters are, not shown who they are through their actions (despite this being the theme of the book). The Queen is so sickly sweet that I hate her as a character.

I wanted so much to hear about how this princess becomes an almighty badass Queen who fights for her country. It begins well enough, with her learning her lessons, however, it quickly becomes clear that the people of Xana are living under the rule of a woman who doesn’t really take the opinions of others, outside of her council into account. Not even the prince who helped her liberate her country is given a second thought. I kept wanting someone to invade the country and take her out of power. Or a group from inside Xana to use her and get away with it. It never happens.

As I said at the beginning of this review, the Queen of Xana had potential. A woman fighting against all odds to become the best queen she can be for her country? Fighting against the old aristocratic ways of things? Dealing with an evil being that killed her mother? Yes, please! However, that is just the shell of what I got, and the rest of it is just shallow.

Overall the Queen of Xana by Fred Pilcher was not for me. It had a lot of potentials, had a good premise, but to me, it didn’t live up to what it offered. This doesn’t mean you shouldn’t give it a try. If you are interested in an easy read in the historical fiction genre. Pick up The Queen of Xana. It is available on Amazon and is free with Kindle Unlimited.