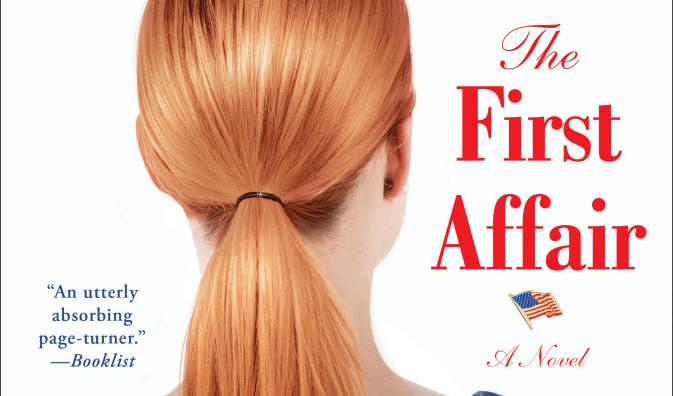 22 year old Jamie McAlister just landed the internship of a life time, in Washington DC at the White House. Unable to believe her luck Jamie settles into her new internship, doing her best to keep up with other interns, who seem like they were bred to be there. After a strange encounter with a mystery man that included a panic attack and a kiss in the dark of a small hall way, Jamie finds herself in the middle of a steamy affair with him. Who is he? Greg Rutland, the President of the United States of America.

Oh my god, this book, I never know where to take it. On one side I got dragged into romantic affair  and the emotions behind it. I, like every woman out there, would love  think I am the emotional center of a powerful man, whose struggling to stand on his feet and be the one he turns to in time of conflict. On the other, I am also one of those women who knows BS and sweet sounding venomous words when I hear it. Usually something that seems too good to be true , is. I applaud this book for stirring these mixed emotions in me, I know that there are only two ways a normal affair can end, badly and very badly. An Affair with one of the most powerful men in the world can only end one way, catastrophically terribly. And I love it. This book kept me reading for one reason. The Fallout. It’s like watching a train about to hit a poor deer that stomped onto the tracks. You can see the train tumbling towards it as break neck speed, and you are willing the deer to get out of way because there nothing you can do. You throw something at it to get it to move but it doesn’t. You look at the train and its so much closer and you begin to feel that dread because you know what is going to happen and maybe the deer does too because it looks up and looks around but goes back to grazing or whatever it’s doing. As the train barrels down the track, you try to look away but you can’t stop looking. That is this book.

Jamie as a main character is nothing short of an idiot. I know, I said I understood what she’s going through and I do. I’m calling her an idiot  not because of the affair but because she couldn’t keep her stupid mouth shut and she didn’t think. She is not a smart person, she is a smart young woman, of course but she is not a smart person. Everything and I mean everything that happened, could have been avoided if she just thought about her actions, if she just thought before she spoke, if she just closed her eyes, when she was feeling emotional, thought about the logical conclusion or reason and worked it out. Yes, Jamie naive extremely so, my god is she naive. It is impossible that a person could be like her that I think she may have some psychologically issues. Now hear me out with this one. Throughout the book you are introduced to Jamie’s family and their interaction with her shows a lot of clear  dysfunctional issues, that have clearly taken a toll on Jamie has a person. The fact that her father is a drunk, or at least was a drunk through much of her childhood. Her parents paying more attention to her sister Erica, who had behavioral issues through out her life and is also a recovering addict. Her mother who should be a source of nurture for Jamie giving all of it to Erica who clearly has no interest.  Jamie spending most of her life relying on others for emotional gratification, her first boyfriend Mark, her friend  from college Lena, her Washington friends Rochelle and finally Paul. Jamie is a person who can’t be on her own and has to have friends around her to fill the emotional void left by her parents. At one point her Mother comments that she is glad to have one daughter who is stable, a comment that was meant to mean Jamie,  However Jamie isn’t. Erica is stable, Jamie’s not, she’s far from it. This shows that her parents thought they would  never have to worry about her and automatically assume that Jamie is well rounded person, thinking that Erica is the one they needed to help.  Everything Jamie has done is get the attention and approval of her own parents, finishing high school, going to college, even doing something that any parent would be proud of, getting a placement in the White House, but they don’t see it because they are looking at Erica waiting for her to screw up. During these altercations with her family, never once has Jamie told the reader that she stood up for herself, made some noise about her treatment, but instead she sits back and takes it, letting others, Mark, Lena, Rochelle, come to her rescue and save her from her family. This happens so many times throughout the book. Jamie comments that she thinks she unlovable, so when the most powerful man in America shows her the slighted bit of affection, she created a fantasy world in her head, and makes him the middle of it. It’s unfortunate that it was the President because personally I think, if it were any man, the result  would have been the same. I think so because of Mark, Mark is Jamie’s first and only boyfriend that she dated at the age of fourteen, until Greg came along. She continuously held her fantasy world for Mark in her head, and Mark moved away, got married and had children. She never thought any one would replace Mark, she never moved on. Those who are trying to help her, like her friend Lena by shattering the bubble that is her fantasy with Greg, she totally shoves a side, but Rochelle, who is basically, that friend you have who is obsessed with getting married, and amplifies her fantasy, she keeps around. Jamie is not a stupid person, she is just an idiot.

As for Greg Rutland all I can say to him is that he should have known better, he’s lucky she doesn’t turn out to be some insane bunny boiler. he brought it on himself. No doubt he is a very smooth talker, but then you realize that it is his job to be a smooth talker, he is the freaking president. It is so easy, even when you have in mind that what happening isn’t right, he still draws you in, he is so freaking dangerous.  That’s problem, I couldn’t decide whether or not Greg was just using Jamie for his own sexual needs, sometimes it felt as if he were genuinely interested in pursing a relationship with her, but then he does something or says something that shakes me out of their fantasy and I think otherwise. Like I said, sweet sounding venom.  I have no sympathy for them, either Jamie nor Greg. It could have been stopped at any time especially when Greg knew that Jamie was friends with someone who had the ability to ruin his career without a second thought. No sympathy for self inflected wounds.

There is an elephant in the room, that elephant is Monica Lewinsky and President Bill Clinton that became the Lewinsky Scandal, yes as soon as I read the blurb for this book my mind instantly went there.  The Lewinsky Scandal was the scandal that rocked America in 1998. Monica Lewinsky was an intern in the White House in 1995 during the presidency of Bill Clinton, Monica at the time was 22 years old, while Bill was 49 years old. The Relationship emerged in 1998 and resulted in the impeachment of President Clinton. There isn’t much I can say about that but I have to admit, reading this made me wish that I could have seen it all unfold with that scandal.

The First Affair is a pretty heart pounding read, you’ll opening for the premise but want to stay for the aftermath. It’s available on Amazon, Audible and your local book store.