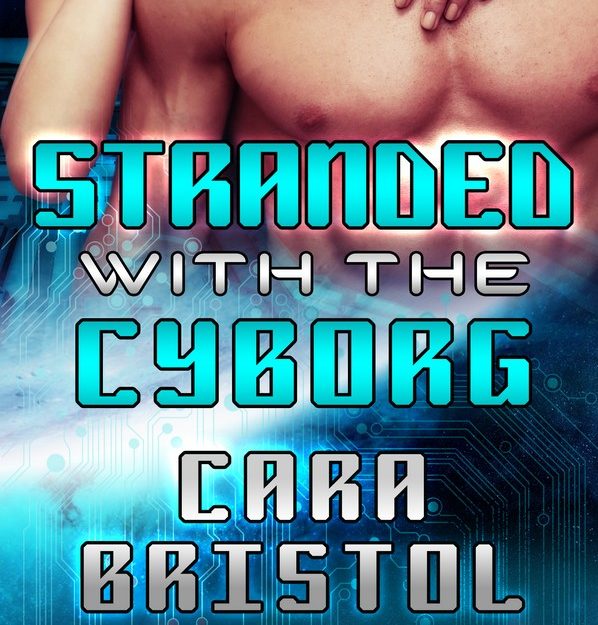 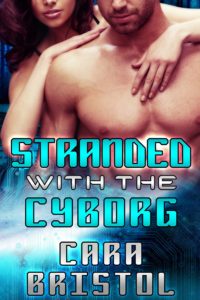 protectee, Penelope Isabella Aaron the daughter of the ex-president of the Alliance of Planets as she embarks on her first diplomatic mission as Terran Ambassador, CY-OPS Cyborg Agent Brock Mann finds that time changes all things, including himself.

The reason why Brock was assigned to Penelope as her bodyguard is because she is going on her very first diplomatic mission to bring another race of people into the Alliance of Planets, and of course there is a terrorist group that doesn’t really agree with this and since the new alien government is one of their many trade routes. That part of the story is very interesting and I would have loved to find out a bit more about the terrorist cell because it was mentioned that they had sympathizers on other planets who don’t really agree with the Alliance of Planets’ mission statement. While I enjoyed the banter between Brock and Penelope, it was the events that were happening behind the scenes that piqued my interest within the story.

One thing I noted while I was reading was this book is part of a series, so I was very surprised to read that Brock and Penelope’s story wrapped up within that book. When I finished reading Stranded with a Cyborg I wanted more, so went looking for the next book Mated with Cyborg only to find that is a completely different book, with completely different characters. The rest of the Cy-ops series is an anthology like format!

While reading Stranded with a Cyborg it felt like the book seemed rushed. Everything pretty much takes place within two days in the time of the story, and then about a week afterwards. It is very rushed. I feel like this could have been more fleshed out, none of the characters, by all means, were idiots and were well written, in fact, I actually liked them. We are told by Brock that Penelope was a trouble maker in her teens, then when we meet her, we’re shown that, although she has grown out of her troublemaking ways, she’s still pretty naive. However, Penelope shows to be a very capable young woman and I just feel like I got a taste of who she is compared to who she was. Brock’s main desire was being in a relationship and the idea that he would never be in one because he’s a cyborg, but that didn’t seem to be part of his personality previously. Yes, he’s shown to be an angry person, and a bit of loner, and while the sudden change does put a question mark over his isolation and loneliness. He showed absolutely no interest in a stable relationship, and he really hated Penelope to the point where he gave her the nickname PIA (Pain in the Ass), a name which he gave to her when he was her bodyguard. He meets her again after all these years and in the snap of a finger, he’s totally in love with her. Now, I have to admit one could argue that she is probably the first woman he’s seen in a long time, but that still has a few problems.

The book was just one big rush, from A to B. I genuinely thought because it was the first book in a series it would have developed things more, explore the characters, their motivations and then through their interactions with each other after being stranded then there would be a turning point. Instead, we got an instant attraction from first sight and it feels completely out of place.

Remember those few problems? A little bit of spoiler warning here but Brock was Penelope’s bodyguard when she was 16 years old, he was sent away because she lied and accused him of sexual assault. This resulted in him being nearly being fired from his job if it wasn’t for her mother, (who was president back then) he would have been in jail. He did, however, have to give up his career as a bodyguard and joined a special military group which ended with him being nearly killed in combat and the only way he could be saved was to become a cyborg. Do you see the problems now?

There was a reason why he hated her so much. There should have been a lot of resentment in there, especially because what Penelope did changed his whole life, he was forced to take a path and he wouldn’t have had to take if it wasn’t for the assault allegation. It’s a pity because this story was set up to be in an amazing world, and then it’s just rushed straight to the end. I felt there were so many missed opportunities in this one. I felt like their time on the shuttle should have been the start of their relationship changing, not only to a sexual one, or Brock professing the fact that he wouldn’t have a normal life, but by showing Penelope trying to show Brock that she has changed, and is no longer the person that she was in her youth. It isn’t until they are stranded on the plane that Brock begins to see that she has changed and begins to look at her in a different light and romance blossoms between them. The best part about this book was the universe that was created, I felt there should have been a bit more about that, political imbalance, a terrorist plot, Cy-ops, all of that was interesting to me. Their relationship to me was secondary when it was meant to be the main thing.

Stranded with a Cyborg can be found on Amazon, Audible and your local bookstore.