Nine years ago Detective Chief Inspector Tom Douglas was called to investigate a missing person case, a father disappeared leaving his young girlfriend, Olivia Hunt and his baby daughter alone. A few months later DCI Douglas was called in once again, this time to investigate the death of Olivia’s parents. It appeared that this woman was having the worse luck. Nine years later and DCI Douglas and his team are called in once again, this time it’s Olivia who has disappeared. 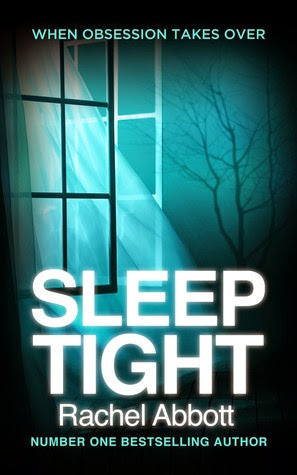 Sleep Tight is a 2014 Mystery Thriller, that had me on the edge of my seat from the moment I started it. It is a wonderful page turner that got its claws into me and I just couldn’t put it down. The set up of the mystery is simple, at first it seems like Olivia is just simply unlucky, her boyfriend runs away leaving her a single parent and then she finds her parents dead just hours before she was meant to move in with them. Years later her husband is the one who calls to report her missing, and its up to the Police to find out what happened, where she went. Sleep Tight is part of the DCI Tom Douglas series, and the book is littered with little bits and pieces of an overall story that focus On the DCI but ultimately it isn’t his story but Olivia’s, so it concentrates on her. You aren’t really forced to learn about the DCI or even pay attention to him, it pretty much puts him and his story to the side, letting it play out in the background. There is enough in it to wet your appetite but it would work with or without it.

While Sleep Tight was a gripping page turner to me, there is no doubt that as soon as you meet the characters you will figure out what happened. Yes, it is nothing new within its genre, but the fun comes from the way it all plays out and while you can pretty much predict a big part of it, doesn’t diminish the twist and in no way lessens the power of it.

Olivia Hunt or Brookes, she’s known as both in the book, begins as a seemly timid character, a woman who seems like she was just a big push over but as the story progresses, you realise that, Olivia is not as dim as she has led others to believe. I have no doubt that if she weren’t put in the predicament that she was placed in that she wouldn’t have done a lot of what she did. It’s nice to see a realistic written character, I love her and while some of the things she did made me want to scream at her, she had very good reason to do it, you just don’t see the reason until the ending.

DCI Tom Douglas, there really isn’t much to say about hum, other than he’s passionate about his job, he also has women issues. No, he doesn’t have issues with women, he has women issues, as in problems. The man just wants a normal relationship with someone he loves but he’s divorced and he uproots to move close to his ex and his daughter until his ex wife decides she can’t stand where she is and moves away. His current girlfriend Leo has some deep issues with getting close to people and while she does have feelings for Tom, she contantly pushes him away and the poor guy is left there second guessing every single action he takes and whether or not it would scare her away. Other than that, you don’t really get a lot of story or background outside of his women problems. There is the sub plot about someone breaking into his house and looking for something but you don’t get any closure from that story line. I’m guessing that it’s an on going plot that goes into the other books within the series, much like Jack Caffety’s sub plot within the Mo Hayder Caffery series.

Overall Sleep Tight is a nice little nail biter that will have you on the edge of your seat from start to finish. I enjoyed it immensely, while there were some predictable parts, the overall story holds up well together and the twist was one I didn’t see coming.

Sleep Tight by Rachel Abbott, is available on Amazon, Kindle Unlimited, Audible and in your local book store.