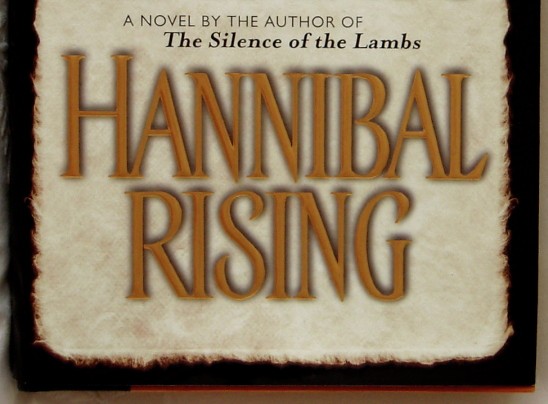 Hannibal Lecter was 8 years old when his family were killed by Nazis during the Second World War. He and his younger sister Mischa were taken prisoner by Nazi soldiers that killed their family. In the mists of the harsh winter, the men find themselves running out of food and decide to cannibalize young Mischa. Hannibal, traumatized by the event, is later found by Russian forces rendered mute and with little to no memory of what happened, he is sent to live in a home for boys. After the home experiences issues with a young Hannibal, he later finds himself put in the care of his uncle Robert Lecter and his wife Lady Murasaki.

Hannibal Rising is a 2006 thriller by Thomas Harris. It is a prequel to his three previous works, Red Dragon, Silence of the 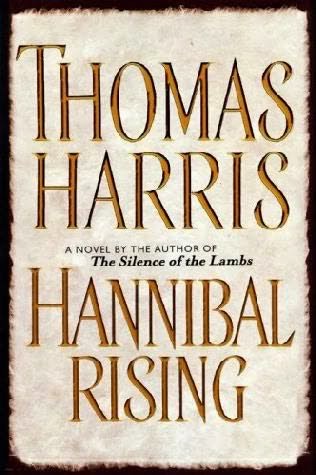 Lambs and Hannibal. The book follows a young Hannibal Lector as he grows up during and after World War II, and how he begins on the path to becoming the infamous Cannibal serial killer. Hannibal Rising seems to be a classic revenge story Hannibal tracks down and murders each his sister’s killers in gruesome ways. I did enjoy the Revenge plot, I was rooting for Hannibal the entire time, however that is the problem. Hannibal Lector is the root of all evil and he is portrayed as such in the book, but only to the other characters. He is not shown as evil to the reader. Hannibal has always been known for being a smart and sophisticated killer, enjoying what he does and treating his victims like they were part of a delicacy. In this book you are given quite weak reasons for why he is the way he is. Why does Hannibal like cooking his victims this way? Oh, well it’s because he grew up with it as a child, their family cook taught him how to enjoy fine food. Why is Hannibal so cold and calculating? It’s because he was like this from young age, he was traumatized by his time with the Nazis and he wants revenge.

I find that I’m completely disappointed with the reason why Hannibal became a cannibal. It seemed to come out of the blue he just decided to eat one of his attacker’s cheeks for no reason, as he remembers what the family cook said him during his childhood. I would have been more inclined to believe that he did this as some kind of retribution for what happened to his sister, an eye for eye kind of thing, but it doesn’t really come out like that. There was even a nice set up, when it was later revealed to Hannibal that he was fed Mischa in a stew. This would have been the perfect opportunity to have his cannibalism grow into what we would later recognise.

While I’m familiar with the Hannibal character, I feel that this was the wrong book to begin with, maybe its because I know the Hannibal character so well, that I can’t help but feel that this book is very weak as a backstory. As Hannibal himself noted every serial killer as a motive behind what drives him. If Hannibal’s motive was to keep revenge on those that wronged him during his youth, he would have happened after he killed the last of his sister’s murders.

Hannibal Rising is available on Amazon, Audible and in your local book store.