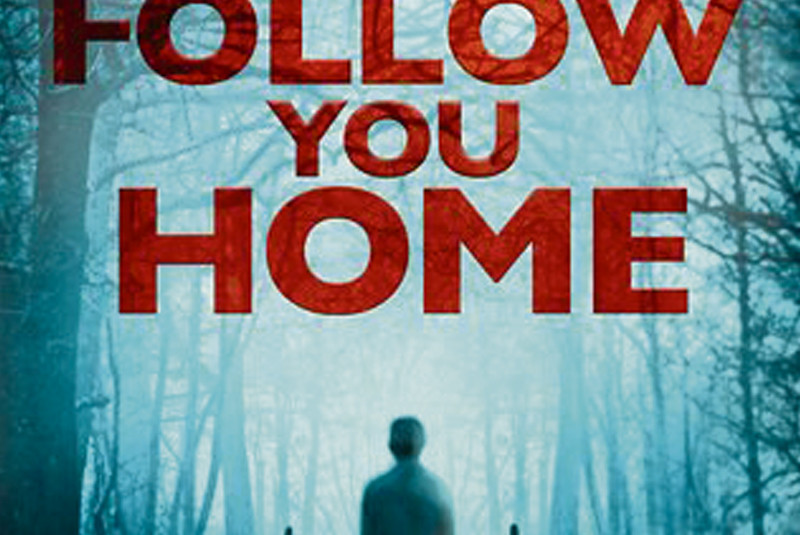 Daniel and Laura were meant to be having the vacation of a life time. Bag packing around Europe, seeing all the exotic and historical places before going back to England to finally settle down and starting a family. However, things don’t really go according to plan, first they are robbed while they slept, the thieves taking their train tickets, passports and cash. Then they are thrown off the train the middle of no where. While walking to the nearest town they come across something in the local woods that would change everything. It is something that changed their relationship and lives forever. The only thing they can do is not talk to them, unfortunately for them ignoring it did not stop it from following them home.

‘Follow You Home’ is a 2015 Psychological Thriller by Mark Edwards, and perfectly illustrates why going bag backing in Romania may be the worse idea in the world. I came across this book as one of my kindle unlimited recommendations and it took me a while to get invested in the story. While the beginning was strong, I did feel it had some pacing issues, once the characters got back to London is did slow down a bit trying to establish the new relationship between the characters and how the incident affected their lives. I have to give credit where credit is due though, the suspense held me very well. Throughout the book Edwards would drop bits of the mystery like breadcrumbs on a trail, and I was hungry enough to follow it to the grand picnic that was the horrifying truth behind what happened in the woods and it was very deliciously evil and disturbing.

The main characters of Daniel and Laura were good protaganists and I did enjoy following their spiral and fight to get their life back. At least I enjoyed Daniel’s struggles. At first I thought that Daniel just seemed to be the kind of person that whined about everything and you got the feeling that Laura was the more out going of the two, so when the incident happens he pretty much tried to move away from it. In reality he’s the one trying to deal with what happened and he isn’t hiding away from it. He’s taking all the steps he can to deal with what happened and move on to the life that he wanted and planned with Laura. Laura on the other hand, began as the out going one, and by the end I became quite sour towards her. It was the total opposite of my reaction to Daniel. Laura just wants to forget it all happened and It seemed what happened hit her a lot harder than it did Daniel. It quickly became apparent the there was a lot more to her character that was initially shown and your thoughts on what happens is totally up to you and this is the where ‘Follow You Home’ shines.

Overall ‘Follow You Home’ was a delicious psychological ride roller coaster, slow at the beginning but once it got over that hill, it was exciting and terrifying with an ending that made you think about your whole experience. ‘Follow You Home’ is available on Amazon, Audible, Kindle Unlimited and in your local book store.