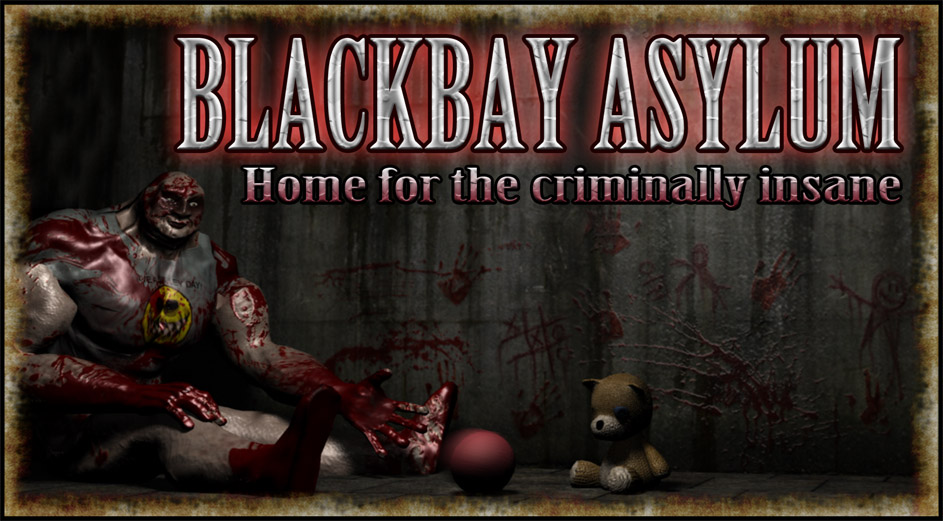 I was given this game to review because most people thought that I as going to hate it. Mostly because there was an expectation that it was going to be not very good. Little did they know that my final call on the game was that it’s not bad, but stone dead average. I think I may need to explain my position.

“Blackbay Asylum” has you play as Doug Dunaheiw. Or is it Dunheiw? Or is it Douge? I have some confusion because the first two spelling appear on the Steam Store page and all three spellings appears in the game itself. Spelling errors appear way too often for a finished game. Especially for what comes down to a point-and-click game which is built around text and reading. This comes with the caveat of the developer being Swedish (at least that is where TAD is based so I’ve assumed away,) so it could just come down to it being badly translated. I also know that spell checking a point-and-click game is hard because there are a lots of words to check. But I’m dyslexic and even I was surprised but the amount of spelling errors there were, which is never a good thing.

I was also surprised by some of the jokes and/or puns that are in game. There is a warning when the game opens that there will be “ethnic slurs, sexual and stereotypical suggestions” but most of them fall flat. There are a few ‘mock’ or ‘take the piss’ sort of jokes like “is that rubbish or Indian food I smell?” (paraphrased) in the game which are neither funny or really that insulting. But then there are also ‘_ because I’m white‘ and ‘_ because I’m a man‘ jokes which went out of fashion with the old mother-in-law jokes of the 70’s and the now screwed “get in the kitchen and make me a sandwich woman,” come-back which is now not funny because of stupid people who don’t understand irony and never used it properly so is now open to calls of sexism and racism. I’m not the sort of person that will make that sort of call (frankly I don’t give a [I promised not to swear, damn it!]), but if someone does make the call then there is a debate to be had.

While the writing may be racy in places for some, in a more general sense it’s just not very good. For example, the story is based in the titular Blackbay Asylum, 8 miles (that what it says in the trailers and opening cut-scene but the opening platelet says 12 miles) off the coast of Massachusetts where dark Pagan rituals took place, which in of itself is a bit farfetched, but that is quickly brushed under the carpet when the ancient race of pre-humans are mentioned. Later on in the game, when a character built for the purpose of exposition starts explaining the plot between puzzles, he talks about the Lovecraftien demons from another dimension which would be fine but seconds later he says that the demons came from space, from some distant and far off planet. This means that the monsters are inter-dimensional demons from space which to me is a bit much. One explanation was enough to suspend my disbelief. Using both was when I start asking questions about the games logic.

Logic is the cornerstone that game is built on. It is a puzzle game after all. While plot logic wavers from decent to insane, the puzzle logic stays relatively constant. Most of the puzzles are easy to work out and finish but a few of the puzzles can come down to a hunt for a flag which can become very tedious. There where a few points where I became stuck not because it was hard to work out the solution but it was because I was missing a wheel or a bottle to start solving the puzzle itself.

This partly comes down to the design idea that everything can be interacted with. You can interact with most objects in the game and Doug will either pick it up or make a remark about it. But there is no visual difference between what is or contains a plot centric item and what is just background. There is adventuring, but then there is rubbing yourself against everything in the hope of spawning progress.

The graphics of the game are very dated. And I don’t really care. With the age of AAA development where every cell in a characters face has to be rendered in full 1080HD, it is actually kind of refreshing to play a game with PS2 style graphics. I like the PS2 and its graphics. To bad the same can’t be said about its design. The monsters are just right with how they look. They are the right amount of un-godly to be creepy but not so over the top it makes them look silly. The environments are well rendered so you can tell what they are but, as said previously, with no different between what is plot centric and what is just background having some visual difference to the background would have been nice. Then there is Doug. I feel like they took the idea of a psychopathic lead and over designed to the point where he seems to be on another plain of existence to everything else. Doug is a mountain of a man with the face of a 2-year-old. At an early point of the game you have to get knife from a mad chef, the process being a back-tracking puzzle. But considering that Doug is a psychopath and his fist is the same size of the chefs head, I thought the puzzle was just going to be fist + head = progress. But no, it was a back-tracking puzzle to get a lawn mower going and recreate a scene from ‘that’ movie. Considering the outcome, it would have been more in character to just beat him to death rather than prolong it for sake of some attempted shock value but doesn’t because the graphics are too dated. The scene just feels out-of-place. Doug does is with no real reason except he ended up with a thing so he must use the thing to get another thing. Doug acts like he is the opposite to what he looks like. It would have been better for not just for him but the whole plot of the game if Doug was just a scrawny, 5’10” man instead of the 7′ man-mountain he ended up being. Considering he doesn’t speak it would have been an easy fix.

There are some points when you go into the eyes of Doug and go about the world in first person. These moments are arse clenching creepy. Especially the sequence where you’re wondering around in total darkness holding a lantern. You start to feel like you in a blood drenched version of “Amnesia”. But these sections are far and few between just they just feel like a gimmick.

The voice acting in the game falls into the category of average. There are only 5 speaking characters who just act as exposition or as puzzle items and they are all delivered decently. Although there where a few times where the recording of the dialogue gets a bit muddy because of the recorded quality. I’m willing to look past it but considering that Doug already looks and acts like he was an a plain all his own, all the other characters act like there on another themselves.

There are many problems with “Blackbay Asylum”. The bad writing, dodgy graphics and design are balanced by its decent puzzles and decent environment. I was asked to play it because everyone thought it was going to be the colossal kind bad but it just ends up being average and a bit of a slog at times. Would I have played it otherwise? I have to go with no. I managed to get the really end (a really ‘WTF !’end by the way) and I’m left not being entirely sure if I would have made it if I wasn’t reviewing it. If the whole game was in the style of it first person sections then the game would be great. It would have felt like a mixture “Silent Hill” and “Amnesia” and been fantastic. But it’s not, and it suffers greatly for it.

A feeling of over design and a desire to be as gory and ‘red banner’ as possible makes the game just feel like a 12 year olds idea of horror. The Lovecraftian aesthetic and the puzzles are good but, at times, it’s the only thing good about it. Considering is £14.00 ($19.99) on Steam, I really don’t think is worth the cost. £7 would be ok. £10 maybe. But not £15.

The game is available on Steam and from their website.