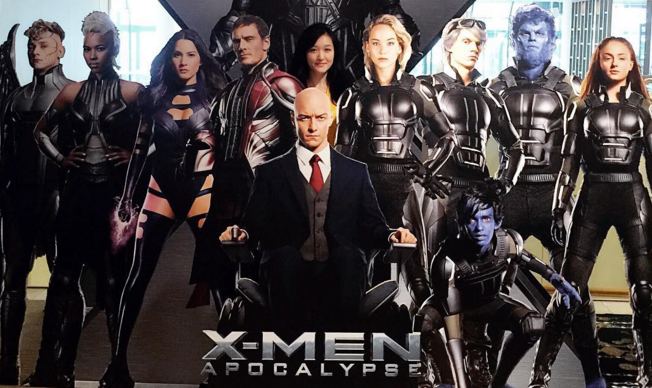 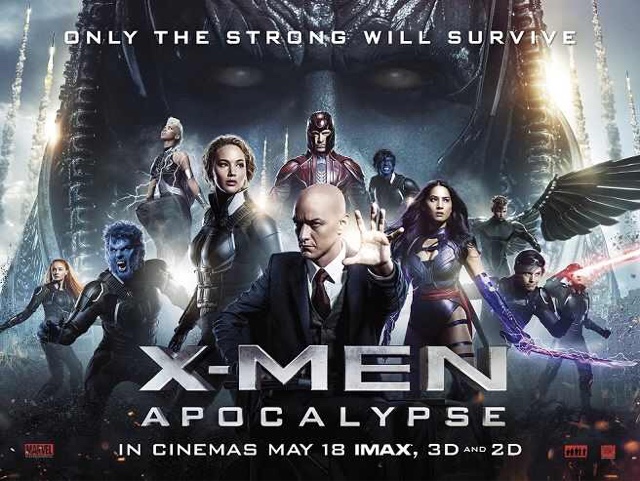 Five months into 2016 and we are already in our fourth comic-book movie of the year. We’ve had the fast-talking Deadpool, the gladiatorial battle of Batman v Superman and an epic showdown between superheroes in Captain America: Civil War but now it’s the turn of the X-Men in X-Men: Apocalypse, a film that doesn’t quite live up to its name.

After events in Washington DC, the X-Men are disbanded and living as normal a life as they can. Charles Xavier (James McAvoy) runs a school for the ‘gifted’ mutants and Raven (Jennifer Lawrence), who is seen as a hero to mutants after her actions in Washington DC, goes in search of Nightcrawler (Kodi Smit-McPhee), a teleporter.

When the one considered to be the first mutant, Apocalypse (Oscar Isaac), awakens from a deep sleep in 1983 Cairo and gathers his Four Horsemen; Storm (Alexandra Shipp), Angel (Ben Hardy), Psylocke (Olivia Munn) and Magneto (Michael Fassbender), he plans to destroy the Earth and rebuild it in his own image.

With this threat against the world looming ever large, the X-Men must unite to save it and its population, human and mutant.

The biggest problem this film had was its titular villain, Apocalypse. He’s just so dull and lacks any character that could have made him an interesting opponent for the X-Men. A talent like Oscar Isaac tries his best to make it work but overall, he deserves better from the writing team.

It’s the writing in this film that really does hold it back as well. The story feels flat, the dialogue is unbearably corny in places and there is no real room for any real character development. It’s a film that runs for far too long also, coming in at just under two and a half hours, meaning there are quite a few moments that feel like they drag. It doesn’t help when someone like Jennifer Lawrence is intent on sleepwalking her way through the film.

The film does have some genuinely good moments, and you won’t be surprised to hear that Evan Peters’ Quicksilver is involved in two of them. He gets a moment similar to that in Days of Future Past, the only difference here is that it’s at a really dramatic moment which the comedic elements totally nullify. No surprise either that Michael Fassbender gets a few of the more memorable as both he and James McAvoy are once again the real stand out performers.

These films have never really been about going for all out spectacle however, in this one they go all guns blazing with the finale and try to deliver a huge action set-piece. Some of it works but unfortunately, the whole thing feels all too unimpressive thanks to some some dodgy CGI and uninspired fight choreography.

Introducing a slate of new mutants mightn’t have helped their cause in this case because they try to juggle the finale to showcase all of the talents that these mutants possess. I’ve spoken about the lack of character development already and it just seems strange to me that, apart from Magneto, the villains are totally void of it. Storm, Angel and Psylocke are all poorly served by the story and feel more like mere henchmen than powerful mutants. Out of all the new recruits, I was most happy with Scott Summers, Jean Grey and Nightcrawler played by Tye Sheridan, Sophie Turner and Kodi Smit-McPhee respectively.

Jean Grey and Scott Summers in particular are dealt a better hand by the story and one of them gets one of the film’s best moments, almost feeling like a middle finger to how that same character was treated in The Last Stand. There’s also a very familiar face that turns up towards the end and his involvement was more welcome than I was thinking it would be.

I can’t say X-Men: Apocalypse is terrible because it’s far from being terrible. It just doesn’t live up to the standards set by First Class or Days of Future Past, which is quite disappointing. The final part of the finale and the film’s closing moments do have me excited for the next instalment. Who knows, with this new team it could be the best yet.