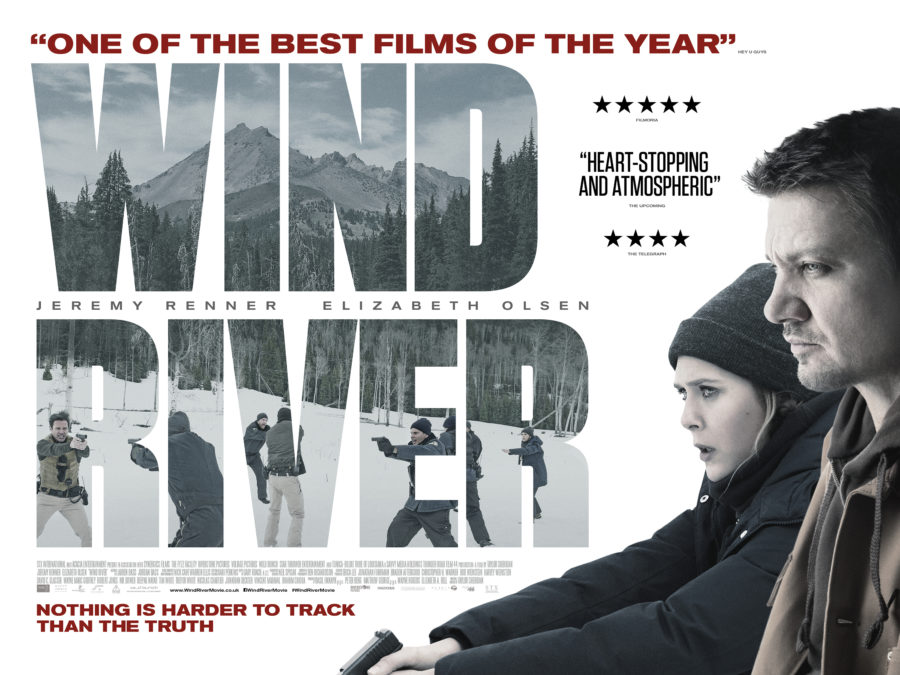 Taylor Sheridan’s Wind River opens with a young woman running across the vast, cold landscape of a Native American reservation in Wyoming. Showing signs of a struggle and her eyes filled with fear of both what she’s fleeing and the harsh conditions of her surroundings, it’s an opening that grabs your attention within seconds. The final film in Sheridan’s American frontier trilogy, having previously written Sicario and Hell or High Water, Wind River is only his second directorial effort and it’s certainly one of the best films I’ve seen this year.

After discovering the body of a young woman on a Native American reservation, hunter Cory Lambert (Jeremy Renner) teams up with FBI agent Jane Banner (Elizabeth Olsen) to track down whoever was responsible.

What I’ve found to be such an impressive feature of Sheridan’s work on this trilogy, concluding with Wind River, is that he lays out such a simple narrative with such powerful results. The coldness of the characters reflecting the coldness of the setting, making this quite a different film from Sheridan’s other material in terms of backdrop.

Not so different is the fact that Wind River is a film wonderfully driven by the writing of both its characters and narrative, the uncompromising brutality of the narrative and the film’s subject making for a film you just don’t want to stop watching. The atmosphere Sheridan creates through the often sparse dialogue combined with Ben Richardson’s cinematography of such a vast snowy landscape leads to quite a haunting experience.

Coming to the performances, Wind River, much like Sheridan’s other material, doesn’t feature any showy performances because it doesn’t need to. Elizabeth Olsen and Jeremy Renner are both very good here, Olsen bringing an out of depth feel to Banner, similar to Emily Blunt’s Kate Macer in Sicario, while Renner shines with an understatedly powerful turn as Lambert, a man who feels personally driven to help with such a case.

Wind River is one of those films that hits with such a silent yet powerful punch, the final title card making this film feel much more than just a random murder mystery, truly shocking me as I read it for myself. Having concluded his American frontier trilogy with such a film as Wind River, I’m looking forward to whatever Taylor Sheridan delivers next.