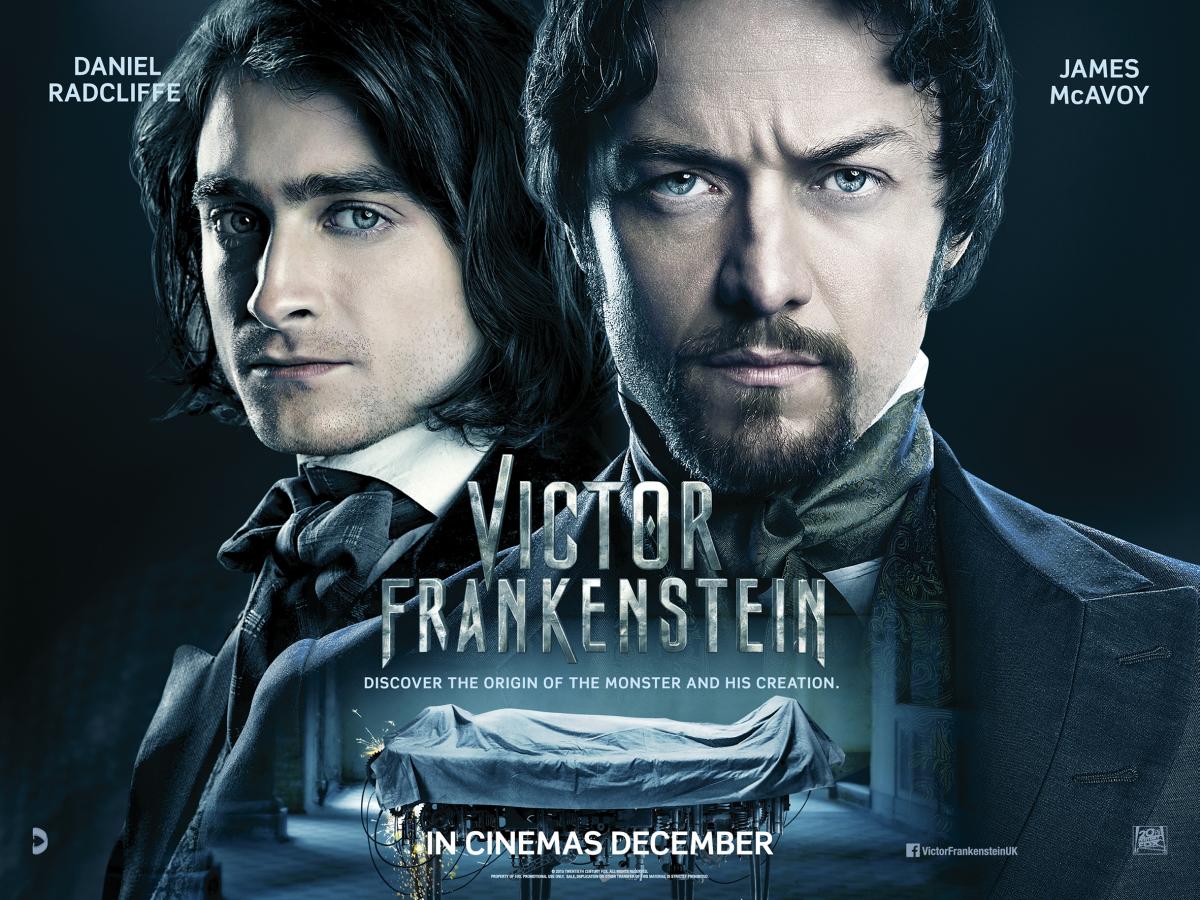 Before a chance meeting with Victor Frankenstein (James McAvoy), a then nameless Igor (Daniel Radcliffe) worked as both a clown and a physician. A medical incident one night at the circus leads to their first meeting and Igor becoming Victor’s assistant.

Sharing a passion for medical science, the pair embark on a project to bring about life from death. After a few mishaps, Igor feels they should stop but Victor’s drive to make a name for himself leads to the most volatile creation that even he thinks is too far.

Right from the very beginning, Victor Frankenstein feels all over the place. Paul McGuigan directs the film as if he hadn’t made his mind up on what sort of film this should be. Unfortunately, in the end he went with an edgy modern retelling of a classic tale that brutally highlights McGuigan’s lack of imagination as a filmmaker.

Considering the acting talent in Victor Frankenstein makes it even more of a disappointment. James McAvoy majorly hams it up as Victor, coming across as a mix between Benedict Cumberbatch’s Sherlock Holmes and David Tennant’s Doctor. Daniel Radcliffe, who I’ve never thought to be a very good actor, takes a step backwards with his portrayal of Igor, with awkward line delivery and no chemistry being his main problems here.

They also manage to waste Andrew Scott, most famous for playing Moriarty in BBC’s Sherlock, as a police detective on the tail of Victor. His character is so underwritten that Scott has little room to manoeuvre and ends up delivering one hell of a monotonous performance.

Max Landis’ story lacks any real punch and his script is daft yet not totally void of quality which, considering the history of this story that he had to work with, is a real shame. There are some good visual effects that lead to some entertaining moments and Craig Armstrong’s score is a rare highlight in this ultimately disappointing film.

I pray to God that the last scene isn’t one that means we are going to get a sequel mind, because that is really what we could do without.