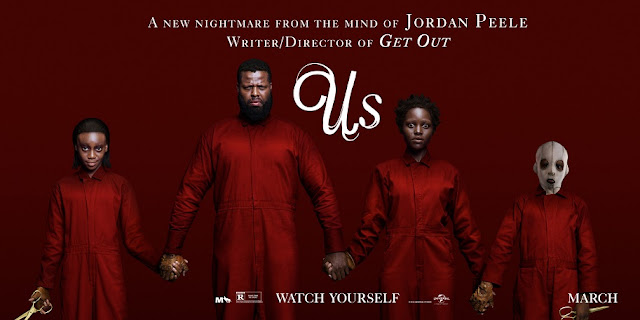 Riding on the wave of success Get Out has provided him with since 2017, Jordan Peele returns with Us, a psychological horror that promises to get under your skin even more than his debut effort managed to. Peele showed innovation aplenty with Get Out, the social commentary apparent in the film providing it with much more to say than it seems, a trend that could make its way into Us as well.

When Adelaide and Gabe Wilson (Lupita Nyong’o and Winston Duke) take their family on a break to the beach, they are faced with a fight for survival when a group of doppelgängers begins to terrorise them. 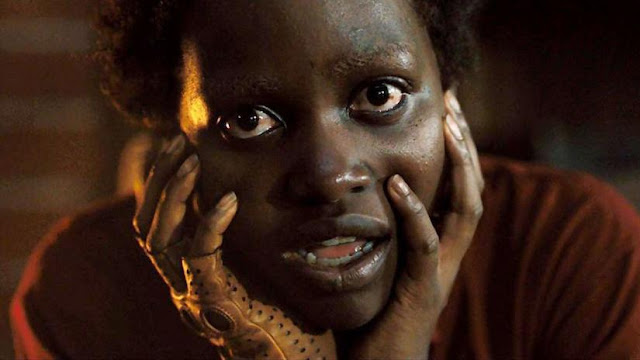 Watching Jordan Peele’s Us comes with the pleasure of trying to work out what is happening and why, much was the case with Get Out too. The film is packed with symbolism and foreshadowing that further viewings will only become more rewarding, not that this initial experience wasn’t in any shape or form. This is another twisted treat from Peele, the tropes of horror executed brilliantly with the perfect amount of humour littered throughout, meaning you should probably try and see this with as big an audience as possible.

Coming to the performances, the beating heart of Us is an utterly spellbinding Lupita Nyong’o in a dual role that showcases what huge talent she possesses. As Adelaide she encompasses the dread and fear of someone haunted by a childhood experience that leads to her crossing paths with Red, her doppelgänger, who she portrays in such an effectively creepy manner. Winston Duke is great as her husband, getting the majority of the comedic moments and making them really work amongst the sheer terror the family are facing. Shahadi Wright Joseph and Evan Alex are both pretty good too as the younger members of the Wilson family, as well as excelling as their doppelgängers too.

Peele manages to hold the audience in the palm of his hand, from the masterful opening to the closing sequence when revelations have been made, and he uses music so well in his film, Michael Abels’ score aiding the tense moments to great effect.

While I think Get Out is a better film, Jordan Peele does enough with Us, his sophomore effort, to show everyone that he is a filmmaking force to be reckoned with. Whatever he does next, whether it still be in the horror genre or not, I’ll be there for it.