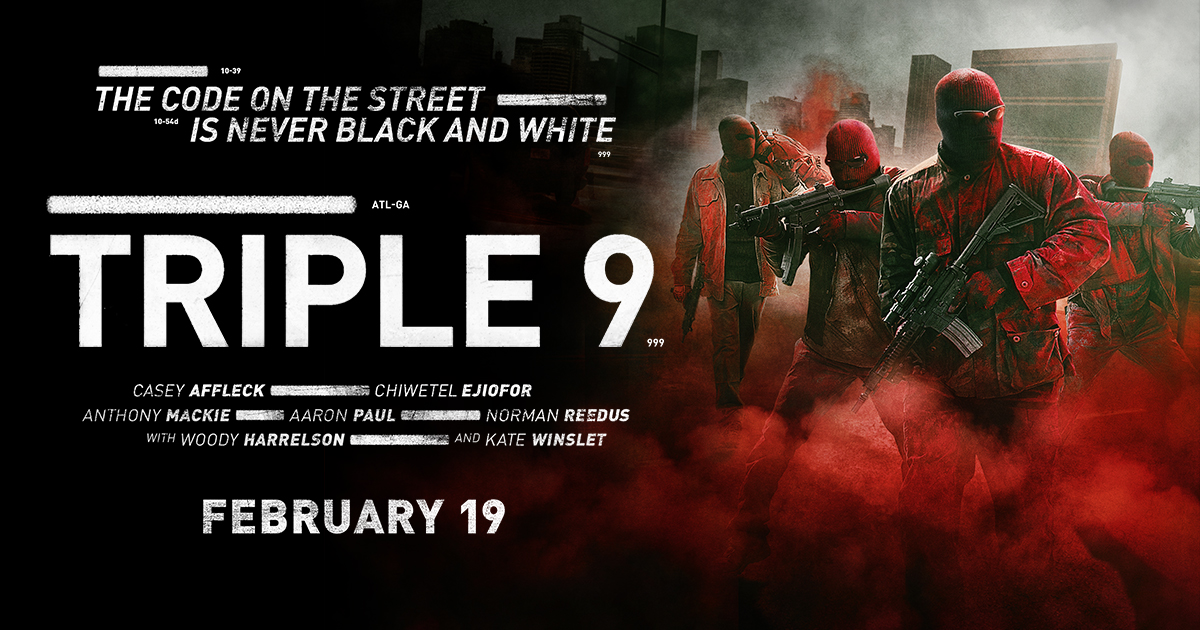 Triple 9 is a crime thriller that mixes corrupt cops, conflicted criminals and both the Mexican cartel and the Russian mafia into a melting pot of tension that simmers along right the way up until its explosive finale. Boasting an all-star ensemble cast and directed by John Hillcoat, Triple 9 really is quite an impressive heist movie.

With the next heist seeming impossible, the crew plot to murder a cop and phone in a 999 call. With the entire police force responding to that call, a window of opportunity will be opened for them to carry out the heist and cut their ties with the Russian mafia.

Clearly inspired by the likes of Michael Mann’s Heat, Triple 9 was in danger of falling into the trap of just coming off as a pale and cheap imitation. Thankfully this is not the case and I liked Triple 9 so much as to say it is one of the best and well made crime thrillers we’ve had in the last decade.

The story is one of the main strengths of this film, I mean I’m a sucker for a tale about dirty cops however, Triple 9 is much more than that. Family ties woven in the arcs of several of the characters really do make the events that unfold that little bit more interesting and there are a number of double crosses that will make you question the motifs of these characters.

John Hillcoat is a director who impressed me greatly with Lawless and he continues that trend with Triple 9. Hillcoat builds the tension between these characters superbly, whether through close-knit exchanges or loud and energetic action sequences, snappily edited to capture the chaos of a heist or shootout. The score really does accompany these moments very well too.

The performances from the top quality ensemble cast on show really do play a major part in making Triple 9 such an engrossing thriller. When you have a cast that features the likes of Casey Affleck and Chiwetel Ejiofor, as well as Woody Harrelson and Kate Winslet, you really should expect good things. It’s hard to pick one as a stand-out as they all really shine but if I had to it would be Casey Affleck.

The language and violence caused some to leave the cinema before the film had finished but it’s certainly used within context for a film of this nature. Triple 9 isn’t scared to throw its weight about, and it does so in such pulsating fashion.