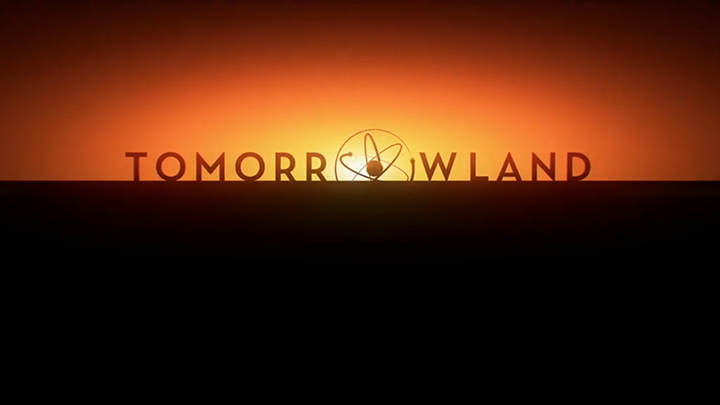 Despite having seen very little footage of Tomorrowland in trailers and the film being shrouded in secrecy ever since its announcement, I was looking forward to the film. Take into account Brad Bird directed it, Damon Lindelof wrote it and George Clooney stars in it, and Tomorrowland should really create a buzz.

With that in mind, I went to see Tomorrowland to be entertained but if I’m honest I left totally underwhelmed and very disappointed.

George Clooney stars as Frank Walker, who as a child, discovered a place called Tomorrowland; a place where the brightest and best humans work to change the future of Earth for the better.

A chance meeting with Casey Newton (Britt Robertson), a teenager brimming with optimism and scientific curiosity, leads Frank back to Tomorrowland in an adventure that could change the future of Earth forever.

The biggest disappointment in Tomorrowland is Tomorrowland itself. With all the secrecy surrounding the film I was expecting to be amazed by the world created for this film. There should be a sense of wonder but there was nothing.

As a matter of fact, hardly any of the film actually takes place in Tomorrowland. It is referred to as ‘there’ and ‘that place’ quite often but we don’t get to see it an awful lot.

The film is brought to life with the chemistry between Clooney, Robertson and Raffey Cassidy as Athena, on their journey to Tomorrowland. There are some funny exchanges between the three and a few decent action sequences, which comes as no surprise from a film directed by the man who brought us The Incredibles and Mission: Impossible – Ghost Protocol.

My point remains though that none of the better parts of the film happen in the place we have been waiting to see.

The special effects are, as expected with such a high budget, very good but they weren’t enough to make the film stand out. The pacing of the film is a problem as well, some scenes really dragging and then others being over in an instant. All of this is accompanied, and I am sad to say this, by a disappointing score from Michael Giacchino. Giacchino has produced some of my favourite scores in the last decade but his work here is pretty flat.

I am sure kids will love Tomorrowland and it will no doubt provide much entertainment for a family on a trip to the cinema but for me this was one of the biggest disappointments of 2015 so far. I don’t think it will flop at the box-office quite like John Carter or The Lone Ranger but there really is a chance it could do.