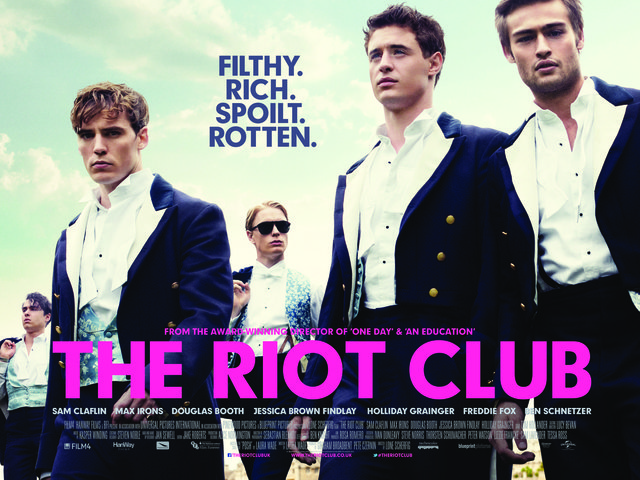 I will be the first to admit that I enjoyed The Riot Club a hell of a lot more than I thought I would. I expect it to divide audiences across the country but The Riot Club is a solid drama full of fine performances from some of Britain’s best young talent.

Based on the play Posh written by Laura Wade, on writing duties again here, The Riot Club focuses on the prestigious Riot Club of Oxford University. The club is made up of ten of the brightest male students with the most potential to become future ‘legends’ of the club.

With eight members at the start of the year, the club try and recruit two new members, eventually deciding upon the uptight Alistair (Sam Claflin) and the easy-going Miles (Max Irons), two students who could not be more opposite if they tried.

With the initiations complete, the club embark upon their annual dinner; an evening where debauchery runs amok and legends are made. That is until proceedings take a turn for the worse.

Wade has written an entirely new first act for the film that doesn’t appear in the original play, allowing an introduction to all of the characters rather than just going straight into the dinner scene. I just don’t see how the film could have worked without these introductions.

The film’s biggest strength is its cast and their performances. That is why I found it as entertaining as I did. Each member of the Riot Club is portrayed with such youthful exuberance and energy that it would be hard to see these guys not hanging out with each other in their every day lives.

You will begin by loving these guys but as the film goes on, you will gradually begin to hate them more and more. After all, money cannot buy you friends.