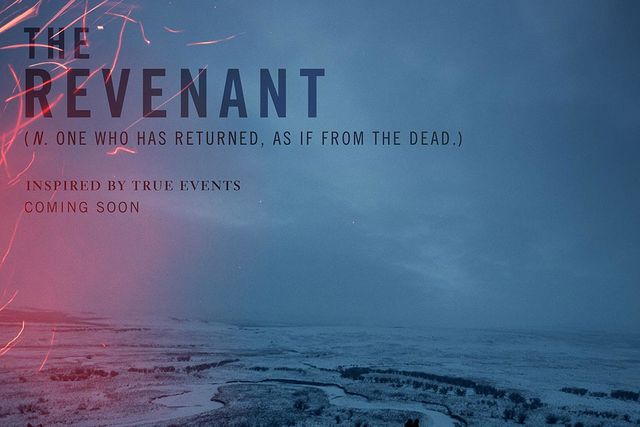 From the opening moments of The Revenant, I knew this film was going to be special. Alejandro Gonzalez Inarritu’s film opens with a mesmerising battle sequence, both brutal and beautiful in its execution, and goes on to tell a captivating story of survival and revenge that will remain as one of the more memorable cinematic experiences I will ever have.

When a party of fur trappers are driven off course by an attack from a Native American tribe, they look to Hugh Glass (Leonardo DiCaprio), a frontiersman who knows the territory well, to set them on a new one.

After being mauled by a grizzly bear and with his life hanging in the balance, Glass is eventually left for dead by members of his own hunting party, leaving him facing a fight for survival and a chance of revenge, if he can survive the harsh conditions.

The troubles that the film faced during filming have been well-documented, with crew members quitting due to the harsh conditions and locations however, the finished product would suggest to me that it was all worth it because The Revenant really is an amazing piece of filmmaking.

I left the cinema absolutely breathless, mainly just because of how visually stunning the film is. There are shots that will leave you opened-mouthed and shots that will simply leave you questioning, “How?!”. The decision to shoot the film in natural lighting is a brave one and it really adds such an authenticity to proceedings. There’s a moment late on in a forest where the only light given off is from torches and it’s just glorious.

Cinematographer, Emmanuel Lubezki, really is in a rich vein of form in his career and his work on The Revenant really is up there as some of the best I have ever seen, his wide shots showcasing the vast and beautiful mountainous terrain and his long takes during the opening battle sequence, taking us from tussles on the floor to horseback in one flowing motion, setting the film off in such pulsating fashion. Lubezki has won the last two Academy Awards for cinematography, expect the third one to be his come the end of February.

The film’s length has come under a bit of scrutiny but I could have easily sat through a further half hour, I was that engrossed in Glass’ search for revenge. The film is a basic tale of survival and revenge yet, through Inarritu’s filmmaking choices and narrative, there feels so much more to it all.

There is one intense scene that has already made the headlines for all the wrong reasons and that is the moment Glass is mauled by a grizzly bear. Obviously created through CGI yet feeling as real as anything else in the film, it really is an outstanding moment that I will just have to wait for the blu-ray to see just how they did it.

Coming to the performances, The Revenant is just as strong as other departments. Leonardo DiCaprio leads the film as Hugh Glass and it’s much more of a physical performance than anything else, using his eyes and facial expressions to great effect throughout. By the end, you feel as if you have gone through everything, from freezing cold conditions to eating just about anything to survive, with Glass. While I don’t think this is his best performance, it’s still one of such a high standard and I will be cheering him on for the much coveted Academy Award for Best Actor.

DiCaprio is joined by an impressive supporting cast, headed by the always impressive Tom Hardy as John Fitzgerald. Hardy again possesses a bit of mumble here though it’s not hard at all to make out what he is saying but I did notice more than ever in this Hardy performance just how much he uses his eyes in his acting. Domhnall Gleeson and Will Poulter are also on hand to provide able support, Gleeson as Captain Andrew Henry and Poulter as the naive Jim Bridger.

I am aware that, like many of the films going for gold during awards season, The Revenant has leaked online however, I urge you to seek it out at your nearest cinema because it really is an immersive cinematic experience that simply has to be seen on the big screen.