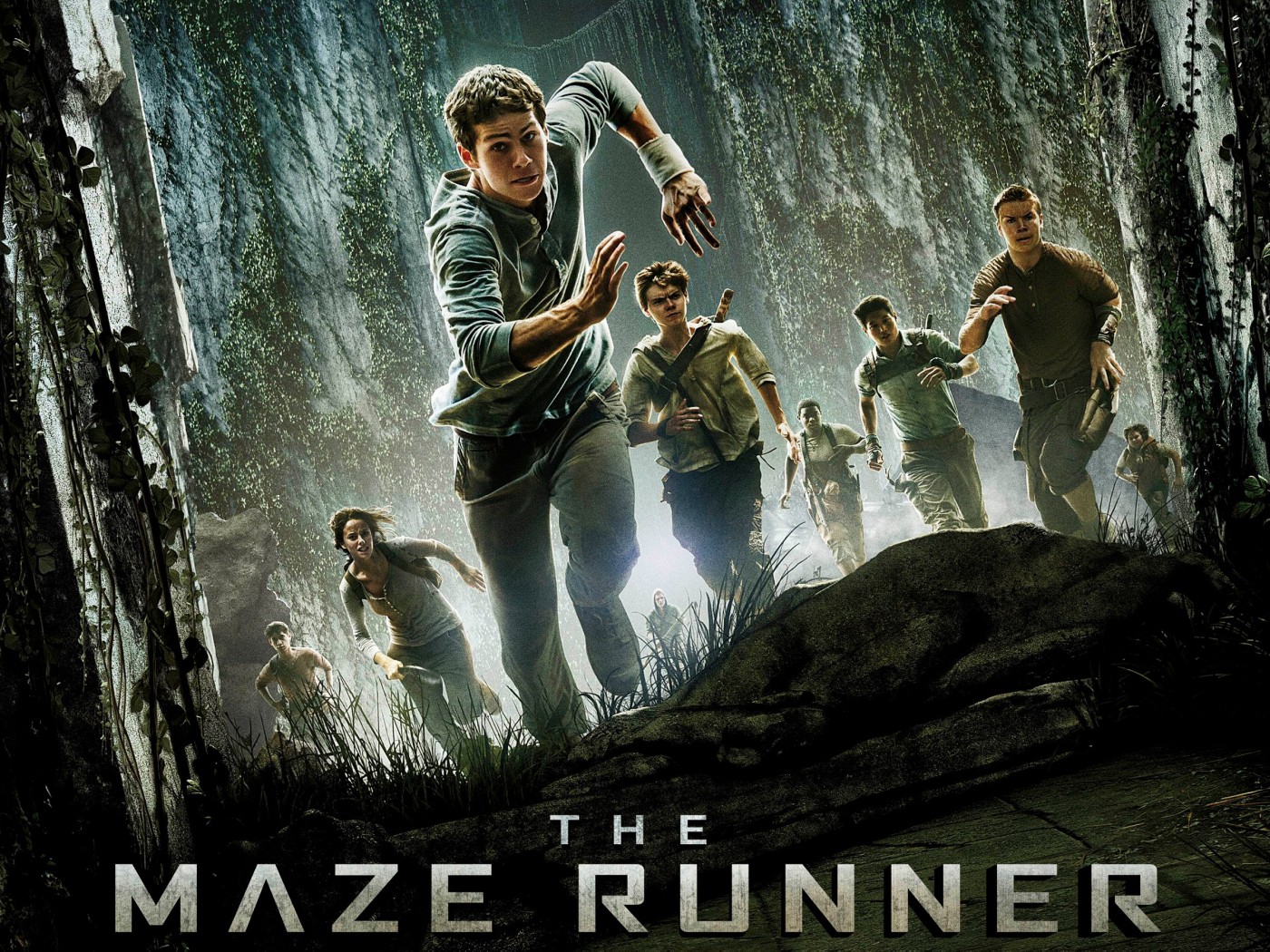 The seemingly endless stream of young adult novels being adapted into films has shown very few signs of letting up and the latest offering, The Maze Runner, is as run-of-the-mill as these films get.

The Maze Runner starts with Thomas (Dylan O’Brien) waking up in a rusty elevator that takes him up to a clearing known as the Glade. Surrounded by four tall and concrete walls, the Glade is home to a group of boys led by Alby (Aml Ameen). Each of them all entered the Glade in the same way Thomas did and none of them know how they got there.

What makes the Glade even more mysterious is the maze that lies behind all four of its surrounding walls. Some of the boys, known as Runners, explore the maze each and every day to map it and try to find a way out while the others remain in the Glade, trying to survive with the supplies provided in the same elevator they all arrived in.

There are dangers that lurk within the walls of the maze. The grotesque Grievers, sure to give younger viewers a few scares, patrol the maze hunting down the Runners and the design of the maze changes on a daily basis, making it a much harder job for the Runners to map it out.

The Maze Runner was never going to be high art or anything refreshing when you consider similar films such as The Hunger Games have been in the cinemas over recent years. I did think it would be more entertaining than it ended up being.

My biggest issue with The Maze Runner was the inconsistent pace that it ran at. The scenes inside the maze are fast, gripping and actually quite impressive however, this is all held back by the drab and uninspiring scenes that take place in the Glade.

This may just be the inexperience of director Wes Ball, making his debut here, coming in to play but I just found it extremely distracting and disappointing.

The Maze Runner does boast a few impressive performances from its young cast, with Dylan O’Brien and Will Poulter as Gally, the stand outs in particular. Unfortunately, many of the characters are pretty one dimensional and I found it hard to engage with any of them.

This all culminates in a rather flat finale that has to go down as one of the most sequel baiting endings in recent years. Nothing is explained very well at all but while we all know a sequel is coming, a little more explanation would have gone a long way.