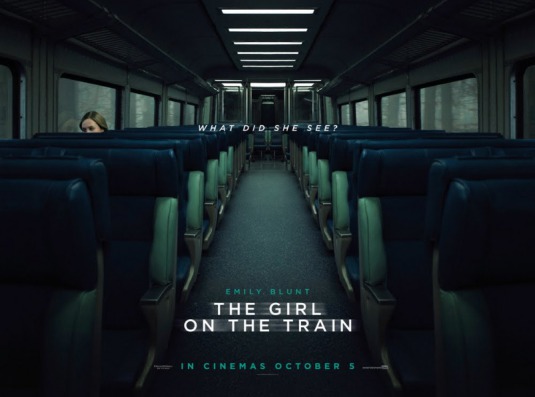 We’ve all experienced the same monotonous train commute to work in our lives at some point. You go by the same places and see the same faces each and every day. None of us have quite had a commute that changes our lives quite like Rachel Watson in The Girl on the Train though.

Emily Blunt stars as Rachel Watson, an alcoholic divorcee who takes the same train to work each day. On her journey, Rachel fantasises about the relationship of Scott (Luke Evans) and Megan Hipwell (Haley Bennett), who live a few doors down from her ex-husband, Tom (Justin Theroux), and his new wife, Anna (Rebecca Ferguson).

Rachel’s unstable state leads her on a downward spiral that sees her embroiled in a missing persons investigation that will change her life forever.

Based on the best-selling novel by Paula Hawkins, The Girl on the Train is a mystery thriller that reminded me of David Fincher’s Gone Girl, which is not a bad thing at all. Now, while I don’t think this is a better film than Gone Girl, I do think it serves up a worthy mystery that kept me guessing right up until the twist/reveal later on in the story.

The narrative is told from the point of view of the three main female characters; Rachel, Anna and Megan. It could have easily become quite convoluted and messy yet Erin Cressida Wilson’s screenplay allows things to move along smoothly and without any confusion.

A lot of my hopes for this film were depending on the twist/reveal that would undoubtedly arrive in a mystery like this. Thankfully I can say that it was very well done and actually offered something totally different to what I was expecting. Yes, it gets a little far-fetched in the final act but if you go with it, The Girl on the Train really is a suspenseful watch.

Coming to the performances, The Girl on the Train features a great lead performance from Emily Blunt and a solid supporting cast, Haley Bennett and Rebecca Ferguson jumping on the paranoia train with Emily Blunt to great effect.

So, if you’re a fan of either mysteries or thrillers, The Girl on the Train will be a journey you want to go on. If not, best to wait at the platform for the next train.