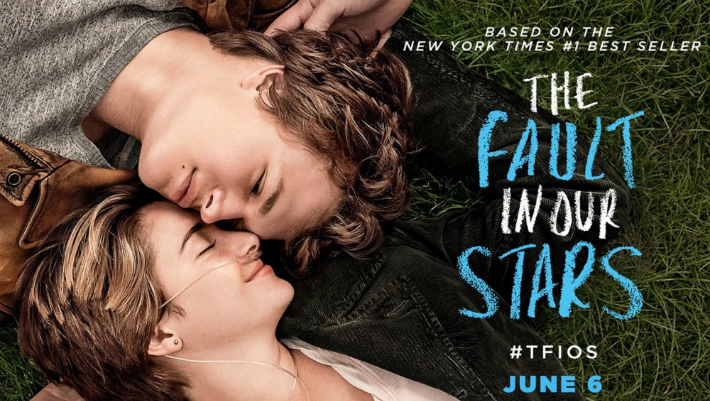 An emotional roller coaster from start to finish, The Fault in Our Stars has made its way into UK cinemas and will no doubt have the majority of its audience reaching for the tissues.

Based on John Green’s 2012 novel of the same name, The Fault in Our Stars tells the story of Hazel (Shailene Woodley), a sixteen-year-old cancer patient who relies on an oxygen tank to breathe.

Forced by her parents to attend a support group, Hazel meets and falls in love with Augustus (Ansel Elgort), a survivor of cancer, at the cost of a limb.

This is another adaptation of a novel from the young adult genre that is so popular these days however, unlike some of the other adaptations in recent years, The Fault in Our Stars works very well as a standalone film.

I have never read the book but from what I have heard, the film is a very faithful adaptation. The most impressive thing was how such a sensitive subject was handled with the utmost care.

Director Josh Boone perfectly balanced the comedy and drama in this film. Of course there was going to be light-hearted moments but they had to be careful not to make those moments feel too out of place.

If I had to compare this with another film I would say it shares a lot of similarities with 50/50, a film that also had a perfect balance of comedy and drama.

One of my main worries going into this film was that, having never read the book, I thought I wouldn’t really feel a connection with the characters. Boy, was I wrong.

Both Shailene Woodley and Ansel Elgort in the lead roles of Hazel and Augustus give great performances that make you feel every part of their journey together, whether it be a happy or sad moment. Their chemistry is just that good.

I had never seen Woodley in a film before but I was so impressed with her here that I will be sure to check out some of her other work. Is she going to become the new Jennifer Lawrence? Could there be an Oscar nomination for Woodley on the way?

There is also some stellar support from the rest of the cast. Laura Dern in particular as Hazel’s mum is fantastic. The first role I have seen her in outside of Jurassic Park and it could not be more different. Nat Wolff also deserves a special mention as Isaac, Augustus’ best friend.

The question mark for me was over Willem Dafoe as eccentric author Peter Van Houten. His main scene felt very out of touch with the rest of the film however, it isn’t enough to ruin the film for me.

I was not expecting to like The Fault in Our Stars as much as I did but I just have to take my hat off to it, it is a very well made film. If you are easily moved by emotional films then make sure you do take tissues with you, don’t use that as an excuse to avoid this film.

Oh, and prepare for the last 45 minutes. They turn out to be a relentless assault on the tear ducts.