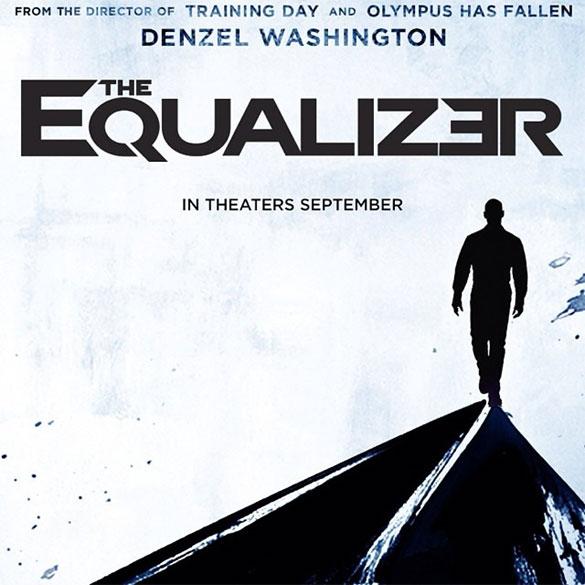 The Equalizer sees Denzel Washington team up with director Antoine Fuqua once again to bring a film version of the popular 80s television show starring Edward Woodward to the big screen.

I was not expecting to be blown away by The Equalizer however, considering the only film that Washington and Fuqua had worked together on in the past was Training Day, I was expecting it to be better than it was.

Washington stars as Robert McCall, a retired intelligence operative who now lives an ordinary life. He believes he has left his past behind him and wants to get on with his quiet life however, all this changes when he meets Teri (Chloe Grace Moretz), a young girl under the control of violent Russian gangsters.

Unable to stand by and just let her involvement with these men continue, McCall brings himself out of retirement to enforce his own brand of justice using the skills he acquired in his life he wanted to keep hidden.

The Equalizer has a lead performance from Washington that oozes the authority and style that you have come to expect from the man. He is a class act and will go down in history as one of the most watchable actors ever to grace the silver screen.

Another performance that impressed me was that of Marton Csokas as Teddy, the man brought in by the Russians to put a stop to the efforts of McCall. Csokas brings a coldness to Teddy that makes him similar to McCall in the way he goes about his business.

Unfortunately, aside from the performances, I couldn’t help but feel well and truly underwhelmed throughout The Equalizer.

The direction from Fuqua was all very one dimensional, making the action sequences just seem all too familiar. Too many slow motion shots and not enough variety.

Another thing that played on my mind throughout The Equalizer was how similar it felt to another Denzel Washington film, Man on Fire. So much so that it actually started to bug me during and after the film.

Both films feature Washington going on a one man rampage to protect a young girl in trouble. However, Man on Fire had the emotional weight to go with it. You cared about what he was trying to achieve. In The Equalizer, there is no emotional weight to his actions which means it is very hard to truly care about them. It all ends up seeming a little bit pointless.

It pains me to say it but with The Equalizer, it seems Denzel Washington is even capable of making rip-offs of his own films.