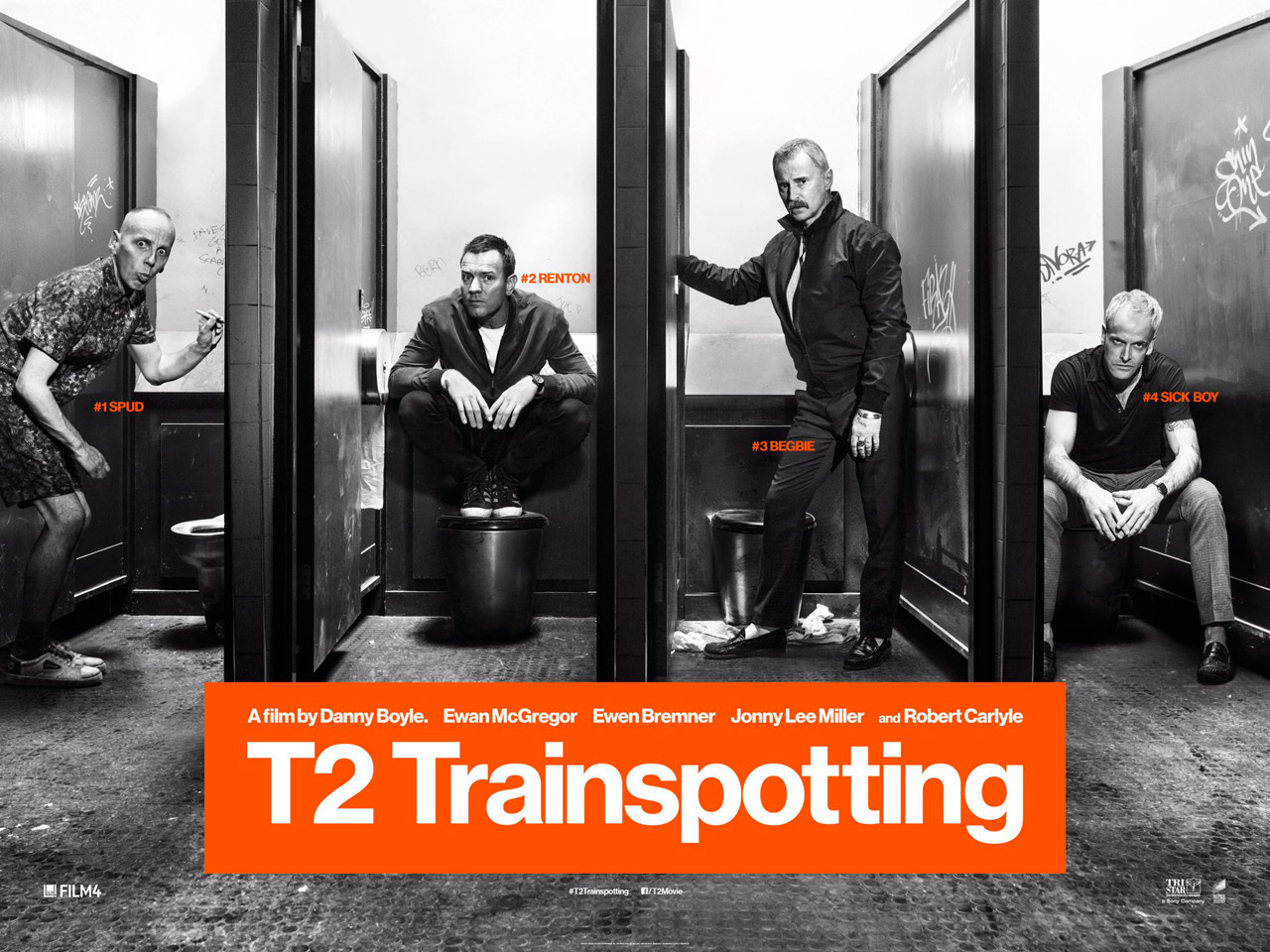 A lot has changed in the twenty years since Trainspotting was first released; Danny Boyle has gone on to become such a diverse and exciting director, the four leading men of the ensemble cast have each had varying successes throughout their careers and well, Edinburgh has developed into somewhat more of a nicer area than it was back then.

There has been a lot of hype surrounding T2 Trainspotting as it’s the sequel to one of the best and most quintessential British films ever made however, is twenty years too long of a gap between the films? The answer is a resounding no because T2 Trainspotting is such a different film from the first and that’s what makes this sequel worth being made.

There’s one face Renton is keen to avoid in particular and that’s Francis “Franco” Begbie’s (Robert Carlyle), his psychopathic friend who certainly hasn’t forgotten the betrayal and is keen to teach Renton a lesson.

Twenty years is a long time, especially in film, so it was always a bit of a mixed reaction when I first heard a sequel to Trainspotting was actually being made. On one hand I was sceptical because there’s been so many sequel that have left it too long and just ended up being nowhere near as good as the original, and on the other hand I was enthused by the news, particularly with the fact that both Danny Boyle and the original cast would be coming back. I mean, doing a sequel to Trainspotting would just be criminal without these guys.

It would have been easy and pretty poor of them to just make the same film they did twenty years ago however, like in most people’s lives, things change. It makes for a much more interesting sequel as Danny Boyle delivers a film that reintroduces us to these familiar characters yet quickly informs us that, most of them, are living much different lives than before. Aided by a brilliantly dark screenplay from John Hodge, Boyle’s T2 Trainspotting is a similarly energetic beast to the first.

The film’s visual appeal is again attained through sharp editing from Jon Harris and some creative cinematography from Anthony Dod Mantle, both making it very clear that this is unmistakably a Danny Boyle film. I mentioned the energy of the film before and while it moves along at a fast pace, I like how it’s notably slower than the first film, mirroring the diminishing energy levels of the characters in comparison to their youth.

Coming to the performances, T2 Trainspotting possesses four leads who clearly want to do justice to the original film that put them all on the map. Ewan McGregor, Jonny Lee Miller and Ewen Bremner all do a great job with Hodge’s screenplay however, the real stand out performance comes from Robert Carlyle as Begbie. Carlyle has always been an underrated actor and he really is brilliant in this film, harnessing the psychopathic side of Begbie’s personality and running wild with it throughout, combining with Boyle’s filmmaking to great effect.

T2 Trainspotting is a worthy sequel that, while not besting the original, brings something new to the table and takes us on another ride with these much loved characters from British cinema. The only gripe I had with the film was their choice not to use Iggy Pop’s version of Lust for Life to close out the film, which would have made much more sense instead of the cover version they chose to use.