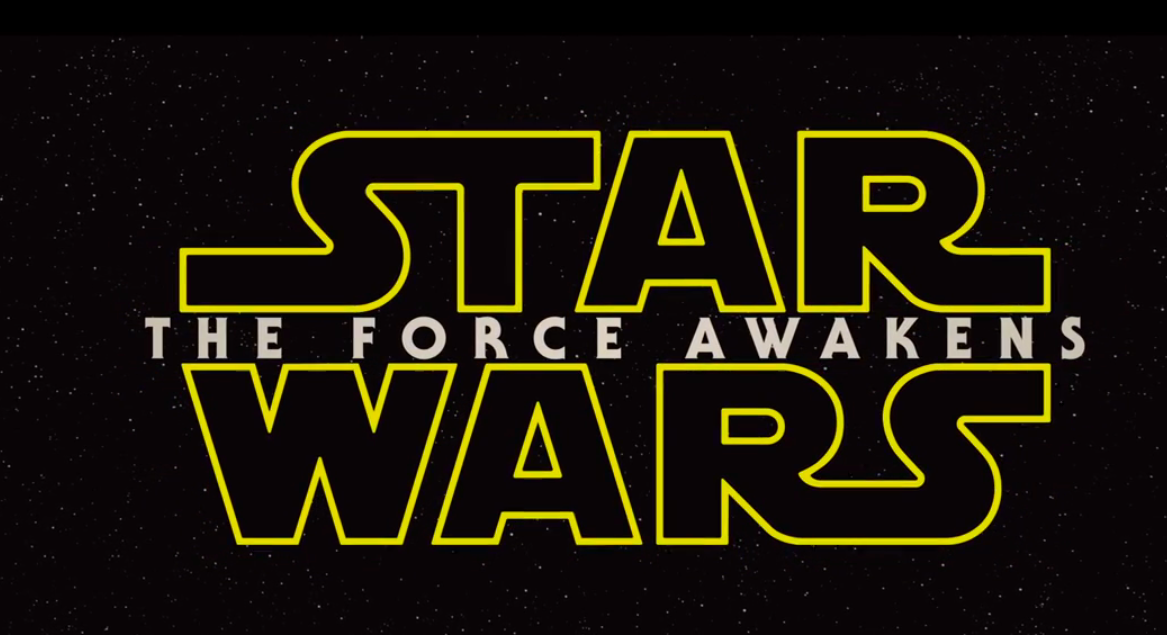 Star Wars is back in cinemas with The Force Awakens, and boy is it good to see this franchise back on the big screen again. Being possibly the most anticipated film of all time meant there was tons of pressure on J. J. Abrams and Disney, who acquired the rights to Star Wars in a mega-bucks deal, to deliver a film the massive fan-base would accept.

After the rather dismal prequel trilogy that finished in 2005, Star Wars became a sleeping giant. We always knew that a seventh episode would come, it was just a matter of when. With The Force Awakens, Abrams has once again resuscitated a sci-fi franchise with such care and attention but most importantly, such an abundance of fun and entertainment.

Set thirty years after Return of the Jedi, the Galactic Empire is no longer a threat to the galaxy. From their ashes however, a new threat has risen in the form of the First Order. With the Resistance fighting them every step of the way, both parties are searching the galaxy for Luke Skywalker (Mark Hamill), the last Jedi Knight.

War leads to Finn (John Boyega), a stormtrooper with a conscience, and Rey (Daisy Ridley), a scavenger from Jakku, crossing paths and, along with the droid BB-8, inadvertently joining the hunt for Skywalker. With the dark and mysterious Kylo Ren (Adam Driver) on their tail, the pair come across a duo who might just be able to get them across the galaxy faster than they’d hoped; Han Solo (Harrison Ford) and Chewbacca (Peter Mayhew).

From the very opening shot, you know that The Force Awakens is in very capable hands and Abrams knows what the Star Wars saga is all about. Like much of the film, it harks back to the original trilogy with a Star Destroyer journeying through space, eclipsing a whole planet in the process. It’s pretty damn impressive on an IMAX screen in particular and had my nerves settled right away.

This was after the iconic opening we are so used to seeing in every Star Wars film had me grinning from ear to ear. You could sense the anticipation in the cinema before the film but as soon as ‘A long time ago, in a galaxy far, far away’ appeared in the blue writing, the audience fell silent. Then came the opening titles and text crawl. Chills.

The story felt a little uninspired throughout, almost borrowing elements from the original trilogy to form a new film that never feels like straying into new territory. In no way does this stop The Force Awakens from being one hell of an entertaining film, with callbacks to the old films feeling more than welcome. With the fact that this is a new Star Wars trilogy and they are trying to bring it together with the older films, there is a lot that happens in this film. There is so much to take in that I was completely overwhelmed by the end. A second viewing is essential to appreciate it fully I think.

Abrams, along with Michael Arndt and Star Wars veteran Lawrence Kasdan, does an admirable job with the film’s screenplay. It keeps the film ticking over at such a pace that there are no moments where you will feel bored at all. Kasdan clearly has so much fun writing the character of Han Solo and that is no different here. I’m so glad he will be involved in the Han Solo spin-off heading our way.

Another aspect of the film that was handled quite magnificently was the action and special effects. A lot has been made of the film’s use of practical sets and effects to recreate that original Star Wars feel and rightly so because it totally engrosses you into the story and locations. There are no dodgy CGI backdrops or ghastly animated characters here to make you feel like you’re being conned.

Dan Mindel’s cinematography helps the film massively show off its sheer scale, with wide shots and during action sequences, long takes of X-Wings gliding through the sky. Abrams delivers with the action, particularly the aerial dogfights, and brings an edginess back to the lightsaber duels. They aren’t the choreographed dances they were in Revenge of the Sith.

Of course, John Williams returns to compose the film’s score and while the iconic moments are bound to make your hairs stand on end, the rest of it didn’t match up to what I’d expected. Again, maybe the score will get better when I go to see it again or just have a listen through it in its entirety.

One of the main things that everyone was looking forward to was the return of the characters from the original trilogy and throwing them together with a new cast. I can’t deny that seeing Han, Luke, Leia, C-3PO, R2-D2 and Chewbacca again in a new Star Wars film had me deliriously excited and thanks to Abrams knack for understanding what they mean to fans of the franchise, it’s handled very well.

Harrison Ford, compared to the last time he played Indiana Jones, looks as if he is both putting effort in and more importantly, having fun. His charisma hasn’t gone and his chemistry with Chewbacca, who gets a lot of laughs, is one of a kind. Leia appeared in the film about as much as I’d anticipated but Carrie Fisher still possesses that steeliness with Leia, always making her interactions with Han that little bit more interesting. I can’t say a word about Mark Hamill without spoiling anything but once again, the moment you see him is a crowd pleaser.

Moving on to the new cast and characters, we already know that Oscar Isaac is going to have a long and successful career and as Resistance pilot, Poe Dameron, Isaac has that wit and charisma that will remind you of a certain smuggler we met back in 1977. It’s John Boyega and Daisy Ridley, who we don’t really know an awful lot about, that are the most impressive at the heart of the film.

Boyega, who comes across as one of the most likeable actors working today, certainly has screen presence and his work as the conflicted Finn is loud yet impressive. Ridley, who appears in her first major role here, does an amazing job with Rey. She conveys the emotion of the unknown ride she is going on so well and provides the franchise with another strong female character who I definitely can’t wait to see more of.

In comparison, the Dark Side is dealt a bit of a short hand when it comes to characters. Kylo Ren, played by Adam Driver, is the clear MVP of their side and gives the heroes a real threat in the way Darth Vader did. While he may not be as iconic as Vader, his dark and mysterious side lead the way to hopefully a villain that can be mentioned in the same breath. Driver with his frame and voice, has a real domineering presence behind the mask and simple yet effective actions reveal he has an emotional edge to him. I can’t go into that too much without giving away spoilers but his character arc is definitely one of the more intriguing ones.

Domhnall Gleeson doesn’t really get to do much as General Hux and he looks a little awkward while walking and talking so sinisterly but it is Captain Phasma that is the real let down. Gwendoline Christie surely must feel like she drew the short straw because her character, who promised so much in the promotion for the film, really is quite pathetic.

Other new additions include Lupita Nyong’o as Maz Kanata, a wise Yoda-like alien and Andy Serkis as Supreme Leader Snoke, leader of the First Order. Both are motion-capture performances and once again, I think it will be fairer to judge them when we’ve seen more of them in future films.

The undeniable scene-stealer of the film is BB-8. An entirely practical creation, BB-8 wheels his way through the film, conveying emotion and humour quite brilliantly. Kids will love him and so will adults, just don’t ask them to choose between BB-8 and R2-D2.

So, the Star Wars franchise is majorly back in business with The Force Awakens. Its nostalgic feel will have people flocking to see it again and again, me being one of them and, while it doesn’t quite match the original trilogy, I cannot wait to see where the saga takes us next. Over to you Rian Johnson.