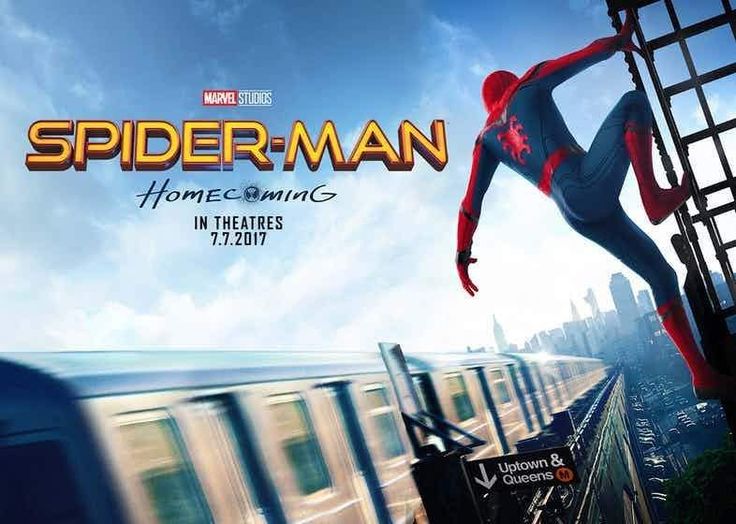 When it was announced that Spider-Man was coming to the Marvel Cinematic Universe, the world went a little bit crazy because, you know, Spider-Man is arguably the most iconic Marvel character of all time. After his brief yet unforgettable appearance in Captain America: Civil War, the anticipation levels were sky high for his first solo film within the MCU and they couldn’t have chosen a more apt title than Spider-Man: Homecoming.

Overawed by fighting both with and against some of the Avengers, Peter Parker (Tom Holland) tries his utmost to impress Tony Stark (Robert Downey Jr.) with the hope that he’ll be invited to join the team. Juggling the dual life of high school and superhero duties as Spider-Man proves harder than he first thought and when he comes up against Adrian Toomes/Vulture (Michael Keaton), who’s created an array of advanced weaponry from salvaged alien technology leftover from past Avengers battles, he is put the ultimate test.

With Sony and Marvel Studios settling on joint custody of Spider-Man, the time has come for him to take his rightful place in the MCU, and thanks to Jon Watts’ direction and a number of great performances, he well and truly settles in as if he’s never been away. Understanding that the Spider-Man origin story has been done enough means that the film picks things up right after Captain America: Civil War, with Peter Parker having been Spider-Man for a while now and struggling to live life as both a high school student and Spider-Man.

The inevitable clash between the two lives is what really drives Homecoming forward as a film, the high school setting dropping us right into an environment the MCU hasn’t explored before. It’s here where Homecoming excels, Watts delivering plenty of funny and charming moments that wouldn’t feel out of place in a John Hughes film like Ferris Bueller’s Day Off, which gets a neat little visual nod here.

Homecoming possesses a number of action sequences that deliver their fair share of spectacle, which isn’t unusual for the MCU however, they feel pretty run-of-the-mill which may come down to Watts’ inexperience directing action. Watts seems more at home directing the more personal moments of the film, whether it be Peter and his best friend Ned daydreaming about girls or Tony Stark mentoring Peter in his duties as a superhero, and as I’ve previously mentioned, these are the moments where the film will make a connection with the audience.

Coming to the performances, Tom Holland may just be the best Peter Parker/Spider-Man there’s ever been on screen. He captures the innocence of Parker, the cockiness of Spider-Man and the naivety of both extremely well to give the MCU another troubled lead. The supporting cast of those we see him interact him as both Parker and Spider-Man play their part in making Homecoming such a fun film, particularly Jacob Batalon as Ned, whose friendship with Parker is one of the major strengths of the film. The presence of Tony Stark/Iron Man is nothing to worry about as he’s not in the film as much as the marketing would lead you to believe.

The MCU normally gets criticised for having weak villains but Michael Keaton’s performance as Adrian Toomes/Vulture certainly bucks the trend. Keaton uses his facial expressions to great effect, creating an unnerving and psychotic presence around Toomes, particularly towards the end of the film. He’s definitely up there as one of the better villains in the MCU so far, that’s for sure.

With Spider-Man: Homecoming, Marvel Studios have brought Spider-Man to his rightful home with such a refreshing film. There’s a few twists and surprises along the way, plus an end credits sting that has to go down as one of their most inventive and best yet. This film only raises my excitement for Infinity War more.