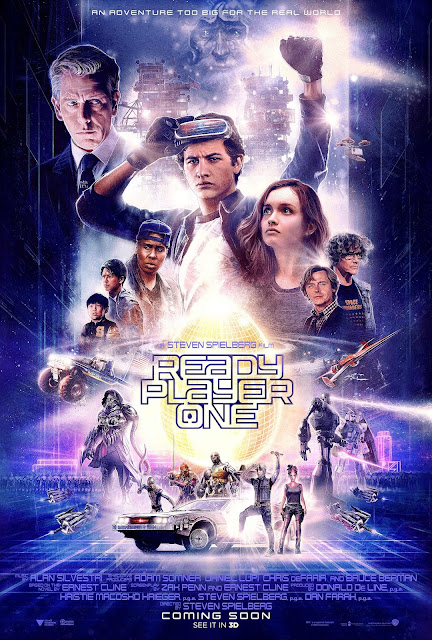 Steven Spielberg is a director whose name is synonymous with Hollywood blockbusters, having played such a big part in pioneering what they are in film today. Take a look through his back catalogue and you’ll see Spielberg has delivered some of the most revered blockbusters of all time. Ready Player One sees Spielberg jump back into the sci-fi fold and it’s safe to say that he well and truly feels at home delivering plenty of thrills and spills.

When it’s revealed that James Halliday (Mark Rylance), the deceased creator and owner of the OASIS, a virtual reality world where people can live out their wildest fantasies, has left three challenges for all players to participate and gain total control of the OASIS as well as his entire fortune, it falls upon Wade Watts (Tye Sheridan) a.k.a. Parzival in the OASIS to solve how Halliday’s past holds the key to their future. He faces a race against time though in the shape of Nolan Sorrento (Ben Mendelsohn), a corporation man hellbent on getting his hands on both the fortune and control of the OASIS. 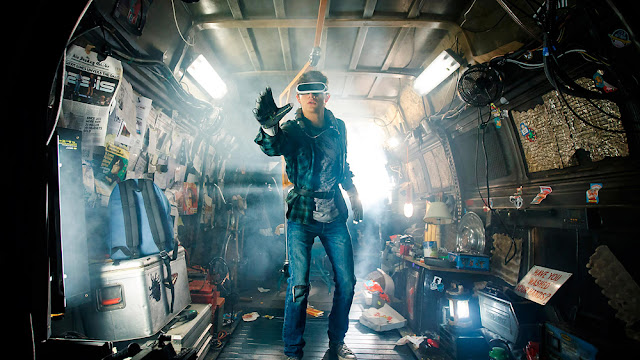 It’s so great to see Steven Spielberg back in the genre of sci-fi, with some of my favourite films of his including Jurassic Park and E.T. coming from a genre he clearly thrives within. The idea of Ready Player One is one that would light up the eyes of a director like Spielberg, what with it’s vast virtual world and array of pop culture references (including works of his own), and it’s one that he takes full advantage of, delivering a film full of explosive spectacle and pulsating action.

Spielberg is my favourite director and I’ve always been amazed by the sense of adventure he creates when crafting his films. Within the OASIS of Ready Player One, Spielberg delivers some of the most visually stunning sequences I’ve seen in a long time, made somewhat more spectacular by the impeccable visual effects on show, handy when a large portion of the film is set within the OASIS. The visuals combined with the kinetic energy of the action make for such a feast for the eyes and, even when there’s so much happening on screen, nothing seems to get lost in the background.

This was the worry going into Ready Player One; that all it would be is just a mishmash of pop culture references that ultimately amount to nothing. While the story might be quite basic and there doesn’t seem to be much room for any character development, the references are used in such inventive ways throughout, the highlight being an incredibly entertaining sequence that sees Spielberg toying around with proceedings at the Overlook Hotel, proving that he still knows how to make us all jump. Kids could be left mentally scarred mind.

Coming to the performances, Ready Player One features a cast who all help maintain the film’s energy to varying degrees. Tye Sheridan and Olivia Cooke are certainly actors who have very bright futures ahead of them while Ben Mendelsohn showcasing why he should be the go-to-guy for villainous roles in future projects, his turn as Sorrento here being one of the film’s high points.

While Ready Player One may not be Spielberg’s greatest film, it provides a near two-and-a half hour experience at the cinema full of immense fun. It’ll be interesting to read the source material however, for now, I’d advise anyone to just buckle up and enjoy the wild ride.