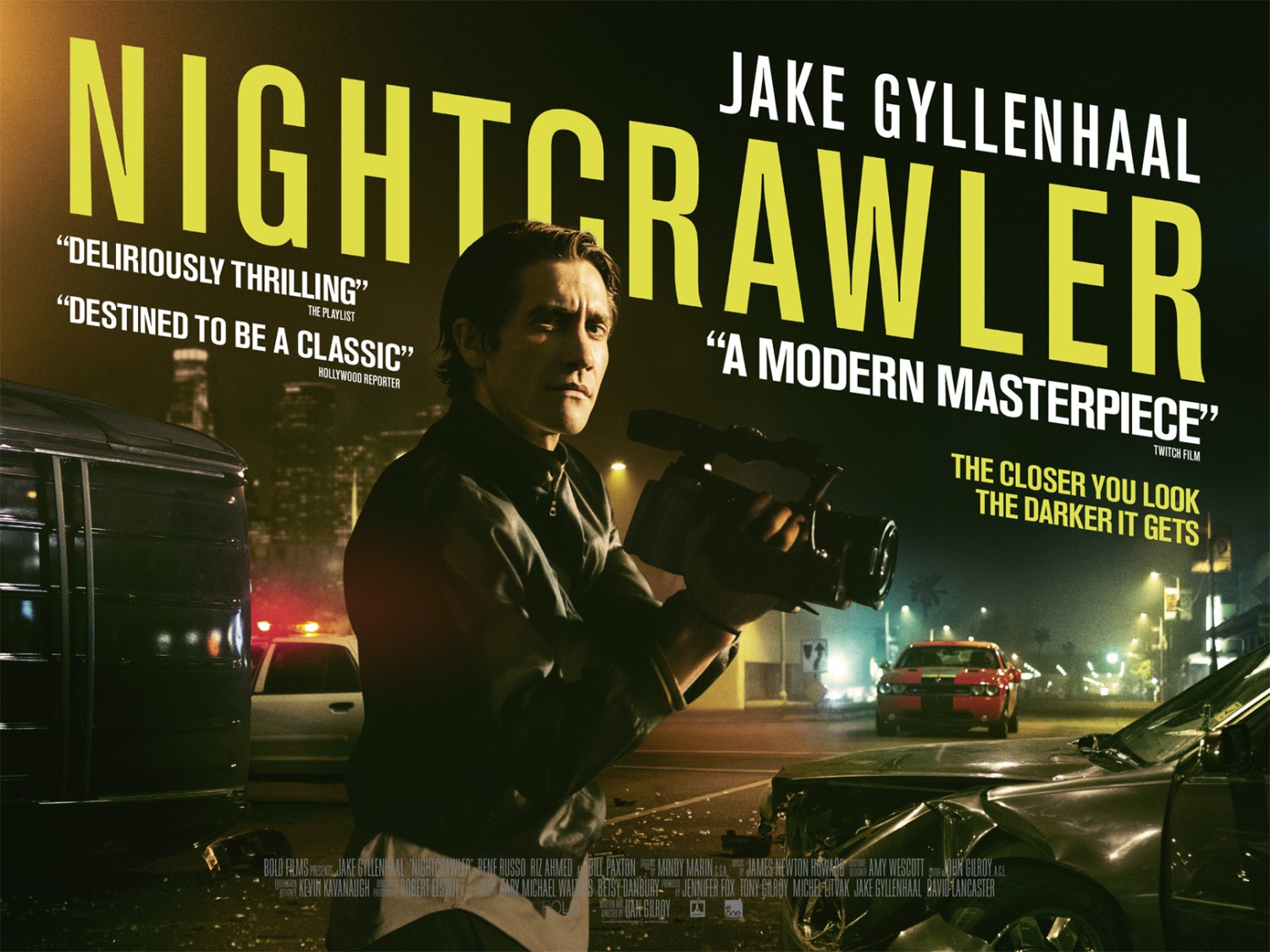 “If you want to win the lottery, you have to make the money to buy a ticket.”

Lou Bloom (Jake Gyllenhaal) is an aspiring video journalist who lives by these words each and every day of his life. We meet Bloom however, as a man trying to make his name in the world through any means necessary, even if it means selling stolen items from construction sites.

When Bloom comes across a motor accident on his way home, he is introduced to the world of freelance crime journalism in Los Angeles by Joe Loder (Bill Paxton). It is here that he decides this is where he can make his money and more importantly, a name for himself.

Armed with a camera and his assistant Rick (Riz Ahmed), Bloom films the aftermath of serious crimes and sells on the footage to the highest bidding news station. His work attracts the interest of director Nina (Rene Russo) and the two soon share a professional relationship.

Realising that Bloom’s videos could boost the ratings on her shift, Nina pushes him to provide even better footage, leading to Bloom going as far as taking out the opposition and tampering with crime scenes.

Sensationalism becomes second nature to Bloom and it becomes frightening just how far he is willing to go to get the best footage.

Nightcrawler is a tale of one man’s obsession to be the best at what he does and Jake Gyllenhaal could not be a more fitting choice for the role of Lou Bloom. Gyllenhaal has played the obsessive role before in films such as Zodiac, Prisoners and Enemy and in those roles we saw him excel. Nightcrawler may just be his best performance yet.

Gyllenhaal is mesmerising as Bloom, holding the audience in the palm of his hand throughout. He shed around 30 pounds for the role and it really just adds to the eeriness of his character, leaving the audience quite unsettled. Expect Gyllenhaal to be amongst the main contenders come awards season.

Dan Gilroy marks his directorial debut with Nightcrawler and it is a mightily impressive debut at that. The film, also written by Gilroy, is sharp, full of wit and while a little far-fetched at times, just irresistible.

The Los Angeles nightlife is brought to life thanks to some gorgeous cinematography from Robert Elswit and the film is accompanied by a scintillating score from James Newton Howard.