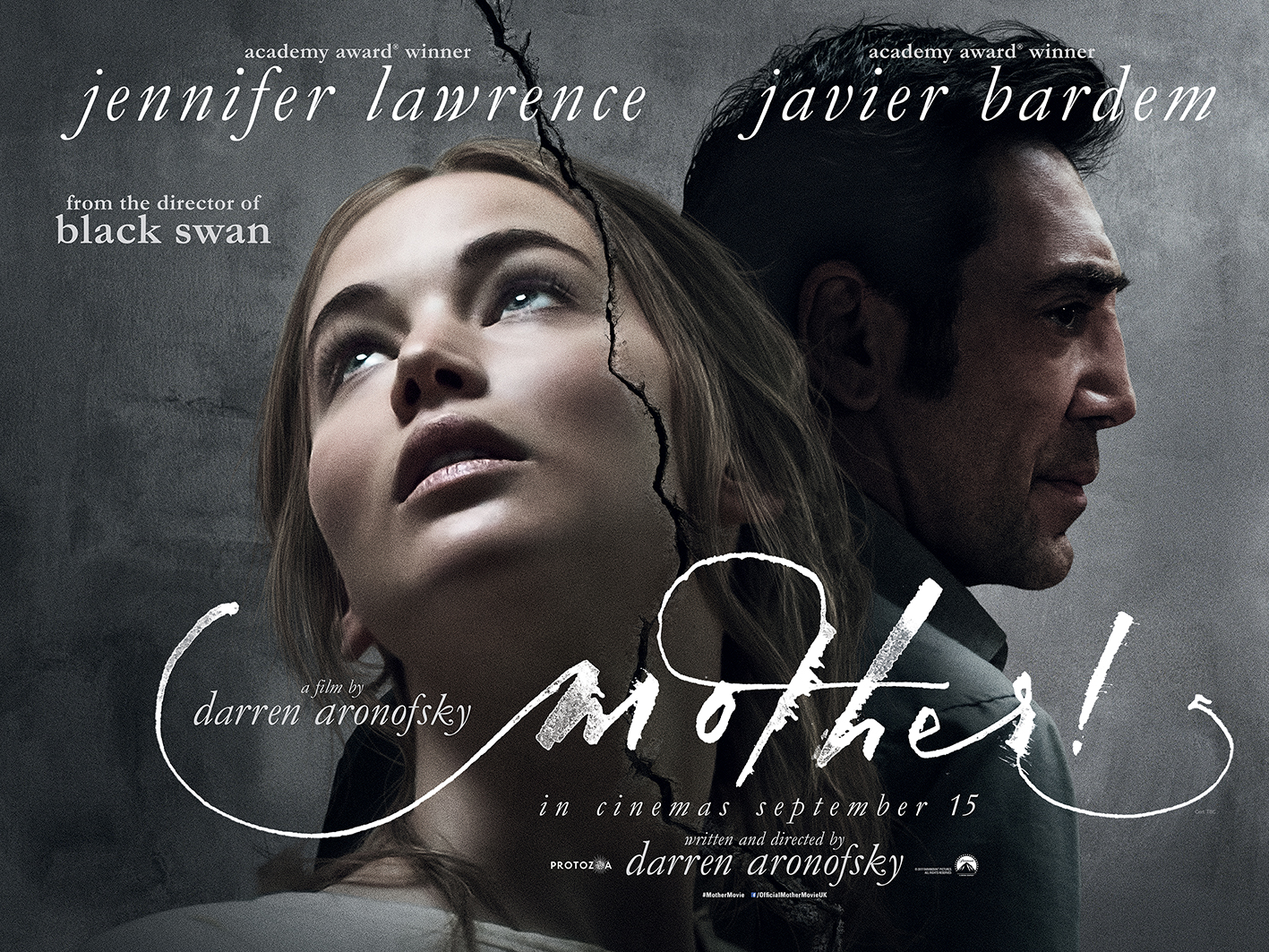 Marmite films, the ones you’ll either love or hate, are a rarity these days. Films that polarise audiences certainly have a place in the world, their subjectivity often leading to intense discussions regarding what exactly it is they represent. Darren Aronofsky’s mother! had some striking promotional material, the poster featuring Jennifer Lawrence’s Mother with her heart ripped from her chest being the one that stuck with me the most, and it reportedly divided audiences at the Venice Film Festival with half giving it a standing ovation and half booing it. For these reasons, I was definitely intrigued to see Aronofsky’s latest.

A couple’s tranquil existence is disrupted and their relationship tested when a number of uninvited guests arrive at their home.

For the first hour or so of mother!, it’s safe to say I was fully invested in the mystery surrounding the narrative and characters of Darren Aronofsky’s film. It’s clear from the very first shot that this isn’t going to be an easy film to sit through, the image of a burning woman certainly striking a chord but then completely juxtaposed within seconds as we begin to see the tranquil surroundings of Mother and Him, portrayed by Jennifer Lawrence and Javier Bardem.

As their peace is eventually disturbed by a string of strangers, who begin to arrive in their numbers, refusing to leave or acknowledge Mother’s place as the homeowner, my intrigue grew more and more. The visions of Mother and the weird behaviour of both Him and their guests surely had to have a worthy pay off.

I was wrong. Aronofsky’s film takes a bizarre turn for its final act and it left me on the verge of hating this film. You’ll struggle to see why mother! warrants an 18 certificate until the final act and, when you do see why, you might just be scratching your head like me. There are some very distressing moments put to film here so I warn you now, if you’re easily offended, this might not be the film for you. It might be open to interpretation however, I just sat in my seat questioning what exactly had just happened before my eyes. Maybe mother! is a film that I would need to watch again to fully understand but right now, I’m not a fan.

That’s not to say I didn’t appreciate anything about this film because there are some very good performances on show for a start. Jennifer Lawrence may have her haters but, for me, she’s one of the best young actresses working today and she showcases her talent with a performance full of paranoia and vulnerability. Javier Bardem, Ed Harris and Michelle Pfeiffer make for an extremely mysterious trio, each of them honing in on a behavioural trait to cause Lawrence’s Mother to fret so much.

Darren Aronofsky’s mother! is a home invasion thriller the likes of which have never been seen before. The film may look gorgeous and feature some fine performances however, when the film decided to opt for the batshit crazy route for its final act, it lost any hope of me marking this as a modern classic.