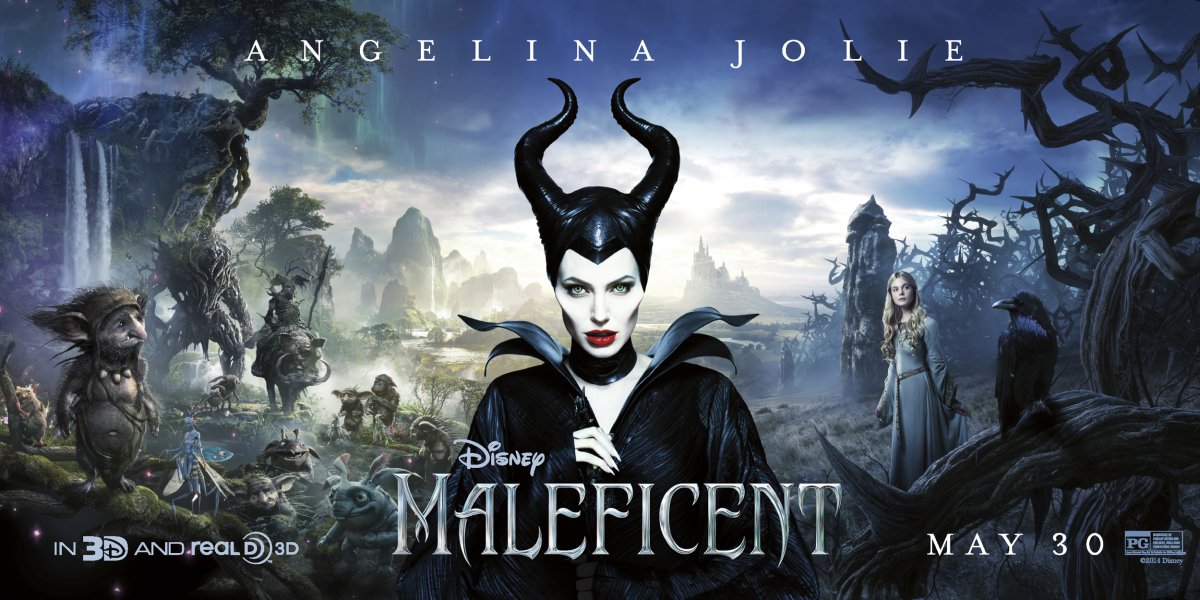 Maleficent is Disney’s live-action ode to one of their most iconic villains of all time.

It’s fitting that Angelina Jolie, one of the most recognisable actresses in Hollywood, stars as Maleficent however, when the rest of the film is lacking in quality, it makes you wonder if Disney only cared about making this a vehicle for Jolie.

This was always going to be the case though as Maleficent is the untold story of the villain from Sleeping Beauty. The trouble is it is a very uninspired untold story.

Sleeping Beauty is a story known by all so there is no need to go into much detail but even when the film does start to take its own path and move away from the classic story, it is fantastically dull.

A battle scene? Check. A forest full of weird and cute creatures? Check. Characters written to get a cheap laugh? Check. This is part of the problem. For me it is a badly made film that doesn’t do enough to stand out. It’s like Snow White and the Huntsman all over again.

Angelina Jolie is easily the best thing about Maleficent. But then again she is only good at best. This is not a career defining or career best performance. Her best scene comes when we finally get to see her in all her evil glory. Turning up to the celebration of Princess Aurora’s birth, Maleficent casts a spell on the newborn. Jolie is a joy to watch in this scene but it is over all too soon, and there isn’t much more of it later on.

The rest of the cast give it a noble effort but ultimately turn in some pantomime performances that will definitely not go down as classics. Elle Fanning as Princess Aurora looks dazed and confused throughout, Sharlto Copley looks annoyed with himself for taking the role of King Stefan but the worst culprit is Brenton Thwaites as a young Prince Phillip.

His acting is beyond help and I am pretty sure he annoyed the audience whenever on screen. The penny dropped when he appeared on the screen in the final scene to be met by a groan from the audience. Thwaites should not take the entirety of the blame though when his character is just so badly written.

If you’re looking for a film to take the kids to see then Maleficent may be the film for you. Judging by the round of applause it got from the kids in the audience, they will love it. Just a word of warning to adults. Make sure you do not go and see this if feeling tired, there are some scenes that will more than likely make you drift off.