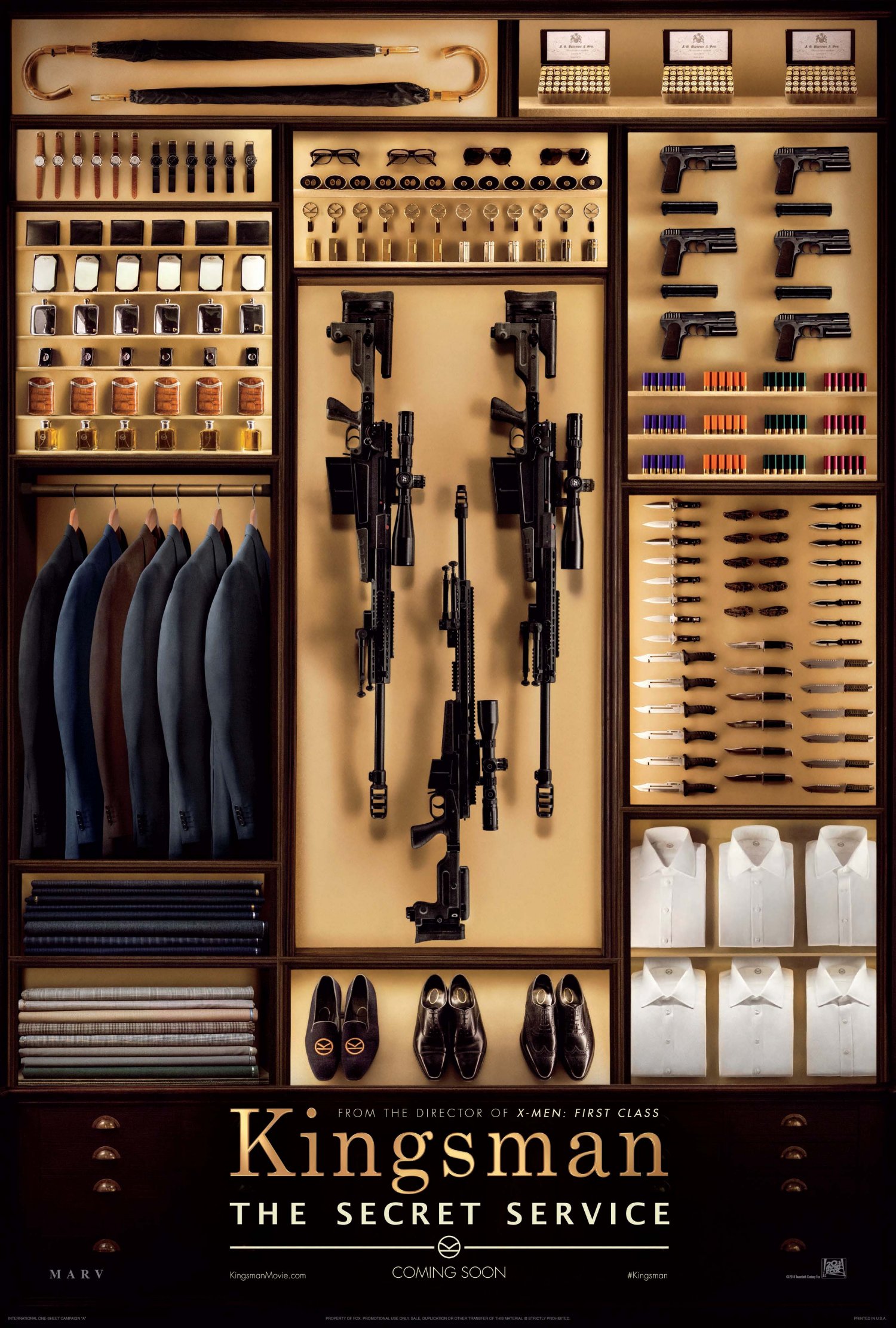 It is fair to say that January has been a fantastic month at the cinema. There’s been plenty of great movies to feast on however, the one thing they’ve all had in common is that they fit into the ‘awards bait’ category so often associated with this time of year. Not that I have an issue with that at all.

There are times however, where you want to go to the cinema to simply have fun. If fun is what you are after then look no further than Kingsman: The Secret Service. It’s a breath of fresh air in the midst of awards season and another example of Matthew Vaughn at his crowd-pleasing best.

Kingsman stars Taron Egerton as Gary ‘Eggsy’ Unwin, a young and troubled man who constantly finds himself in trouble at home with his stepdad or out on the streets of London with the police. When arrested, Eggsy is released instantly due to the intervention of Harry Hart (Colin Firth).

Harry is a member of Kingsman, an elite secret service, and goes by the code name Galahad. After having served with Eggsy’s father, Harry feels that Eggsy has the potential to be a great agent just like his father and decides to take him under his wing as his protege.

Along with his fellow recruits, Eggsy must partake in a gruelling selection process to separate the best from the best. While this proceeds, eccentric billionaire Richmond Valentine (Samuel L. Jackson) puts his evil plan to control the world’s population into action and it is up to the Kingsman to stop him.

Kingsman is based on the comic book series The Secret Service by Mark Millar and Dave Gibbons. It is the second time that director Matthew Vaughn has made a film based on Millar’s work following Kick-Ass in 2010. There is clearly something Vaughn finds so attractive about Millar’s work and it really transpires on to the screen throughout Vaughn’s film.

Vaughn once again teams up with regular writing partner Jane Goldman to give us a riveting send up to the James Bond and other spy films of old. It has all the traits of a classic Bond film; the spies, the gadgets and the scheming villain, managing to dial them all up to eleven. It was like James Bond merged with Kick-Ass.

I have already mentioned how fun Kingsman is and one of the main reasons for this is the brilliantly crafted action sequences that take centre stage throughout. Vaughn knows how to deliver pulsating action and he really goes all out with Kingsman. It is fair to say that Kick-Ass had one of the best action sequences in 2010 and Vaughn has surely repeated the trick in 2015 with Kingsman.

I am, of course, talking about the much discussed scene set in a Westboro Baptist Church-like venue. Firth’s Harry Hart is there to stop Valentine but when the tables are turned on Hart, he shoots, stabs, punches, kicks and flames his way out, laying waste to anyone that gets in his way and it is all gloriously set to the magnificent guitar solo from Free Bird by Lynyrd Skynyrd. I was literally pinned to my seat and could not stop myself from smiling.

There are plenty of other memorable moments including a final showdown on the dance floor set to a disco classic and a marvellous and inventive way of spoiling the villain’s masterplan that strangely feels so traditional… and British.

Kingsman is smartly written and wonderfully directed but it is also brilliantly acted by its impressive cast. Colin Firth exudes class as Harry Hart and believe me when I say you have never seen him like this before. He is spot on when it comes to delivering comedy and the fighting is far from the awkward scrap he has with Hugh Grant in Bridget Jones. Firth is sure to make the ladies swoon all over again.

Also impressive is Taron Egerton as Eggsy. Considering that he is still only twenty-five and this is his first role in a feature film, Egerton shows potential that he has what it takes to make it big in Hollywood. Kingsman also features a strong supporting cast with Samuel L. Jackson delivering a slightly over-the-top turn as the villainous Valentine, Mark Strong as Merlin, the trainer of the recruits, and Michael Caine as Arthur, the head of Kingsman, doing what Michael Caine does best.

With Kingsman: The Secret Service, Matthew Vaughn once again delivers the thrills and spills to give the audience a spy film that will certainly leave a lasting impression. I urge you to go see it!