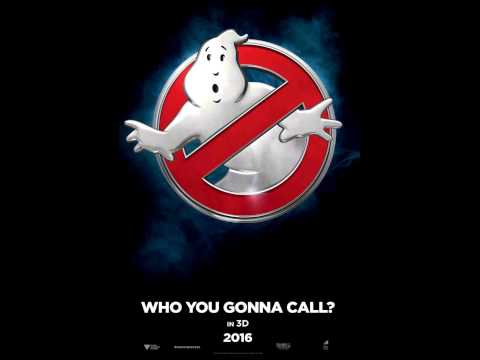 No film in recent years has been shrouded in such controversy as the 2016 reboot of Ghostbusters. Normally a film would be considered controversial for topics such as politics or religion however, Ghostbusters has been subjected to such vile and pathetic abuse prior to its release simply because it has four female leads instead of four male leads like the original. Come on world, it’s 2016 and not the 80s anymore.

Internet trolls have had their say and the trailer for the film became the most disliked trailer in YouTube history, both of which get a subtle mention in Paul Feig and Katie Dippold’s script. I hadn’t been too impressed by any of the promotional material for the film but was hoping I’d be pleasantly surprised by the time I left the cinema. While it doesn’t end up being a complete train wreck, Ghostbusters is still a long way off being as good as the original.

With her professional credibility at risk thanks to a book she had a part in writing, Dr. Erin Gilbert (Kristen Wiig) tracks down her former friend, Abby Yates (Melissa McCarthy), whom she wrote the book with, to try and get her to take it off the shelves. Why? Because the book explores the possibilities of the existence of paranormal phenomenon such as ghosts.

When Gilbert and Yates, along with Yates’ friend and eccentric engineer Dr. Jillian Holtzmann (Kate McKinnon), make contact with a ghost, they decide to set up a workshop to continue their research. When they are joined by subway worker Patty Tolan (Leslie Jones), the group start to find more ghosts are popping up around the city of New York and it’s up to them to stop them, under the name given to them by the media; the Ghostbusters.

What I found so disappointing about this reboot of Ghostbusters was that they just felt like they were trying way too hard to be funny. I wouldn’t mind that if the jokes were actually funny mind but a lot of them just fall flat and don’t raise the laughs I was expecting from the man that directed Bridesmaids.

It’s a real shame because Paul Feig has got four of the funniest female actors in the business together to perform quite a tame script. Maybe the rating Feig had to abide to didn’t help, seeing as Feig’s previous films have been R-rated. McCarthy and Wiig have collaborated with Feig before so I knew what to expect from them, leading me to be more interested in how Saturday Night Live stalwarts McKinnon and Jones would fare.

McKinnon is easily the funniest of the four in Ghostbusters, not that it’s such a challenge upon reflection. Her quirkiness is what does it and, in a film like this, quirkiness goes a hell of a long way. Unfortunately, Jones is left with the job of just shouting her lines in an attempt to raise cheap laughs.

Much has been made of Chris Hemsworth’s comedic performance as Kevin, the not so bright receptionist, as well. Yes, he was funny and undeniably one of the highlights of the film however, when I look back and think about it, he wasn’t hilariously funny. It’s the major difference between the original Ghostbusters and this reboot; the former felt effortlessly funny where the latter feels much more effort went into raising barely half as many laughs.

The special effects, while being very bright, serve the film extremely well but when they look this good, it feels a waste of an opportunity when it comes to the finale. It should have been something eye-popping but it just wasn’t. Instead it was boring and proof that Feig needs help when it comes to directing an action sequence.

I thought the cameos were pretty well handled except for Dan Aykroyd’s and Ozzie Osbourne’s, both of which were just awful and cringeworthy. I wasn’t too sure about Bill Murray’s at first but then it grew on me eventually.

Overall, Ghostbusters is a harmless attempt at rebooting one of the most loved films of all time. I didn’t enjoy it as much as some have which definitely doesn’t make me a sexist pig and it hasn’t destroyed my childhood because the original never really played a major part in mine so there’s that as well. How about I’m a film fan who just didn’t enjoy a film as much as other people? Yeah, I’ll go with that.