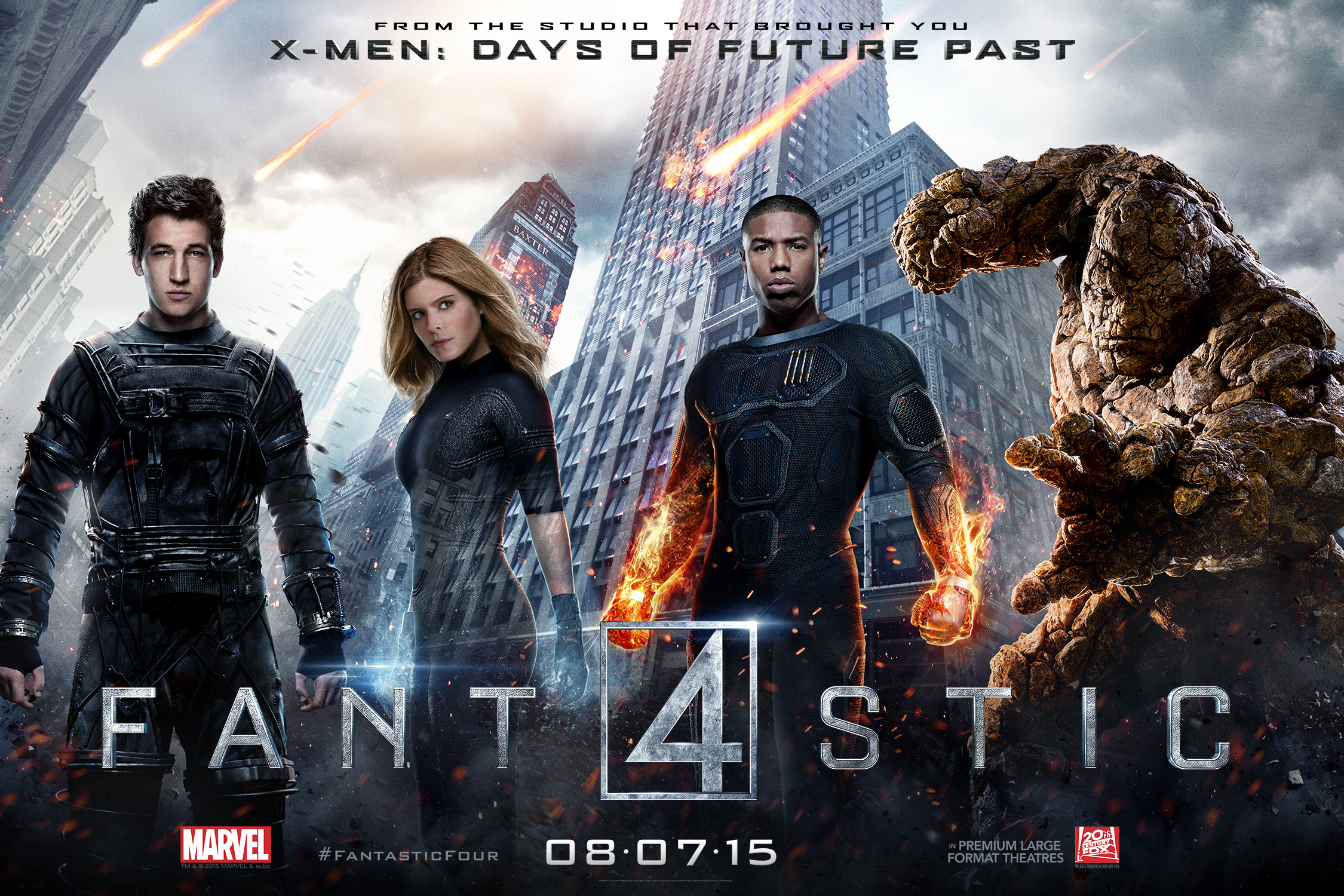 Over the last decade, we have seen a number of superhero movies get a much needed reboot. After the atrocious Batman & Robin, Batman was brilliantly brought back to the big screen in Batman Begins. When the Spider-Man franchise hit an embarrassing rock bottom with Spider-Man 3, it was reinvigorated with the very likeable The Amazing Spider-Man.

Eight years on from the dud that was Fantastic Four: Rise of the Silver Surfer and it’s time that Marvel’s first family got a reboot. With a lot of rumours flying around about trouble on set and the studio not seeming to have total confidence in their product, could 2015’s Fantastic Four do these iconic comic-book characters justice?

Reed Richards (Miles Teller) is a brilliant young scientist on the verge of discovering how to both transport matter to another dimension and bring it back. Recruited by Professor Franklin Storm (Reg E. Cathey), Reed is given the resources and help, in the form of Sue Storm (Kate Mara), Victor Von Doom (Toby Kebbell) and Johnny Storm (Michael B. Jordan), to to finish what he started in his younger years.

When they finally crack inter-dimensional travel, Reed invites his childhood friend Ben Grimm (Jamie Bell) to travel to another world along with him and his team. An accident causes their physical form to drastically change. Reed, Sue, Johnny and Ben must learn to harness their powers and work as a team to stop Victor, who is hell bent on destroying Earth.

The one thing that stood out to me about Fantastic Four is just how unbelievably dull it is. For characters who have such a rich and colourful history in the comics, this really is a pretty drab affair. The film only has a 100 minute runtime however, it feels much longer, dragging its feet and feeling very tired right from the very start.

When a superhero movie gets less exciting after they get their powers, something is very very wrong.

I had some hope for this film and one of the main reason was down to the fact that Josh Trank was sat in the director’s chair. Trank hit the big time with Chronicle, a film that combined the superhero genre with found footage. I can’t express just how disappointed I am with Trank because everything about Fantastic Four is just so sloppy.

The story is weak, the script is cringeworthy and the special effects are average at best. It all culminates in one of the most boring finales you will ever witness in a superhero movie. Compared to what else you see happen in other superhero movies these days, it all looks and feels amateur.

Then there are the performances. Miles Teller, Kate Mara, Michael B. Jordan, Jamie Bell and Toby Kebbell are all young actors who have the world at their feet. They have each impressed in their own way prior to Fantastic Four but every single one of them has the range of the cast in Tim Story’s Fantastic Four films and waste their talents in Trank’s reboot.

Fantastic Four is a film very much out of time and place in today’s market of superhero movies. Ten or fifteen years ago a studio might have been able to get away with it but not today. Audiences like to be entertained and with the competition offering much more excitement, I don’t see audiences taking to this, at all.