2016 has been an impressive year for the genre of horror so far with the likes of Green Room, The Conjuring 2, Lights Out, The Witch and Blair Witch all impressing in one way or another. The one I’ve been anticipating the most though is Fede Alvarez’s Don’t Breathe, a home invasion movie with a twist.

Rocky (Jane Levy) is a girl looking to raise enough money to move to California with her little sister in order to escape their neglectful mother. To do this, Rocky teams up with her two friends, Alex (Dylan Minnette) and Money (Daniel Zovatto), to rob houses and sell on the items they steal.

When Money brings an opportunity too good to turn down to the group, a blind Army veteran (Stephen Lang) living in a house by himself with $300,000 sitting in a safe, they decide to break a rule they always go by; never take money. After breaking in and coming across the blind man, the trio only have one thing on their minds; to escape. 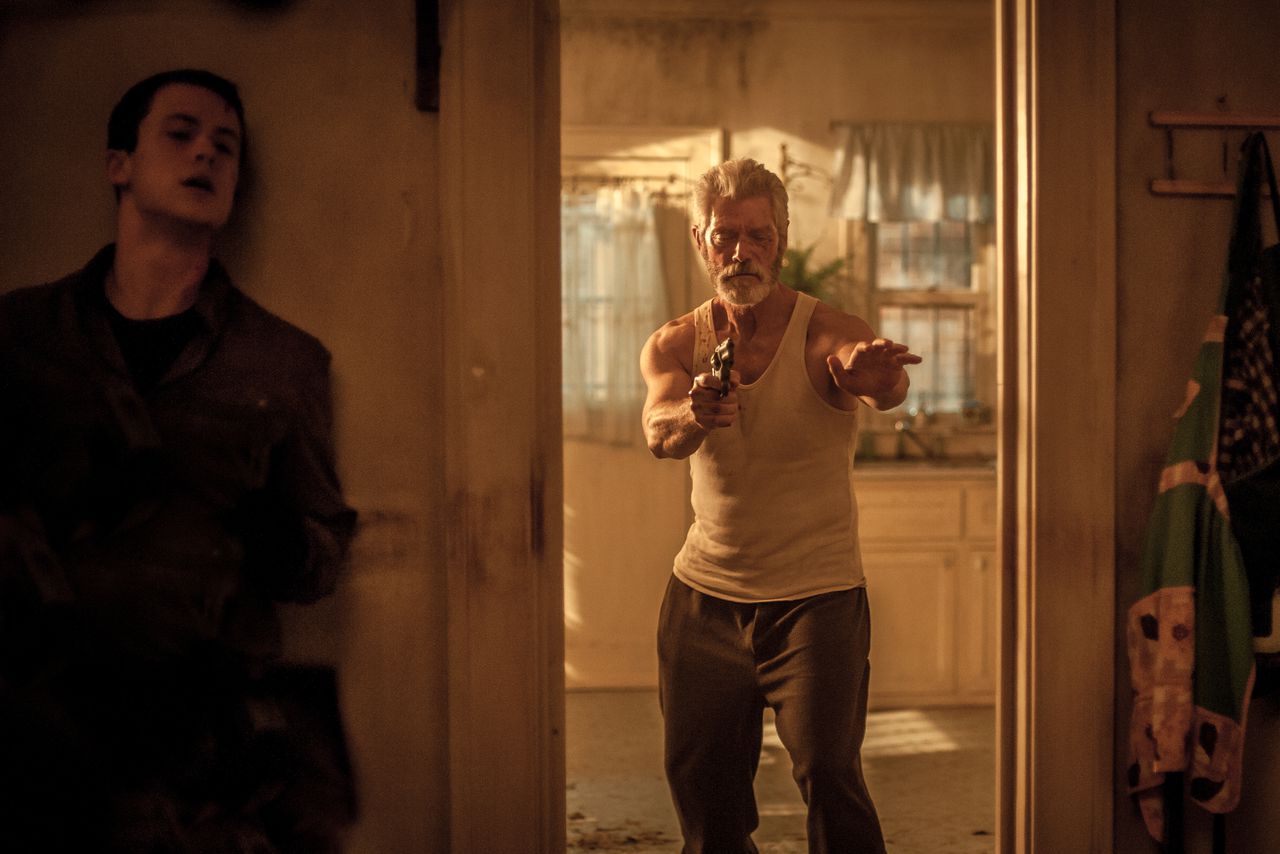 Don’t Breathe is one of the most intense cinematic experiences you will have in 2016, I can promise you that. Fede Alvarez has created an 88 minute movie that will leave you right on the edge of your seat anticipating the next move of each and every character.

The way the tension and suspense is built up in Don’t Breathe is rather quite brilliant. Pedro Lugue’s cinematography, including an impressive tracking shot that maps out the house, really emphasises the feeling of desperation the trio face as they try to escape a house where every exit is seemingly blocked, the singular location feeling like its closing in on them. There’s a scene shot in night vision that’s up there as one of my favourites of the year.

Roque Baños’ score sinisterly plays in the background, raising the level of intensity to excruciating heights at times. Alvarez knows that silence can play a pivotal in making an effective horror movie and he opts for silence at the perfect moments. Yeah, I’ve already said this movie was one tense experience.

I really enjoyed the performances given by Jane Levy and Dylan Monnette however, the real star of Don’t Breathe is Stephen Lang as the blind man defending his home from intruders. He’s a man of few words but he has such a menacing presence that he totally sells the character to the audience.

Alvarez and Rodo Sayagues’ writing makes the movie feel a lot longer than its short runtime, which is actually a good thing as it means the movie is doing its job. There’s a moment towards the end involving a turkey baster that may lose some of the audience but I felt as if it really went with the story and the characters. It’s pretty shocking and fits with the brutality of the movie, which is pretty damn brutal when it wants to be.

If you see anything more intense this year then let me know because Don’t Breathe is a movie that’s going to stay with me for a very long time. Fede Alvarez certainly has a big future ahead of him, particular in horror.