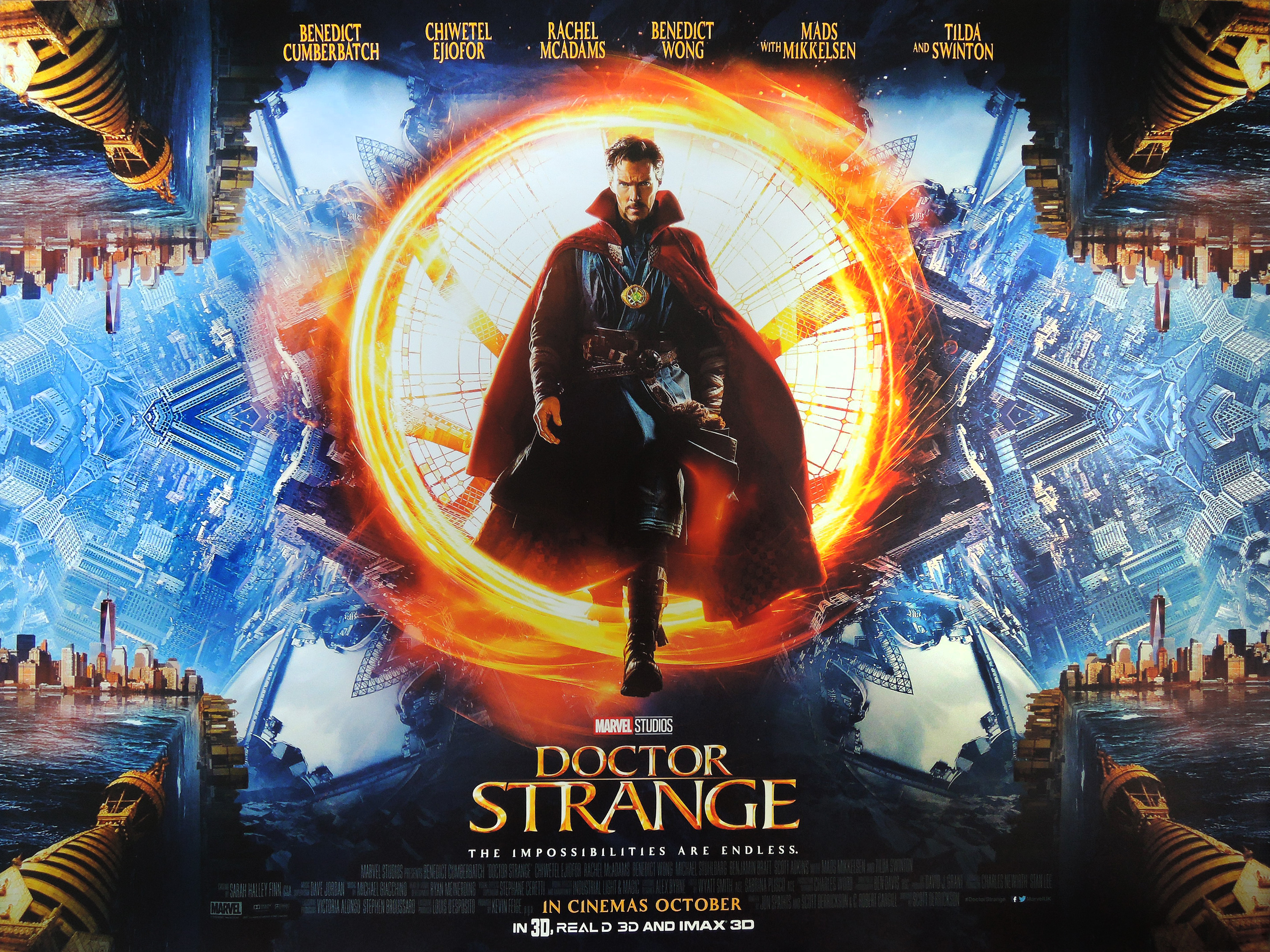 With the arrival of Doctor Strange, the Marvel Cinematic Universe now consists of fourteen films, a franchise that has introduced us to a number of iconic characters who have occupied the pages of comic books for many years, turning Marvel Studios into a box-office behemoth in the process.

The continuing expansion of the MCU is something that each film has to keep in consideration but, while introducing new characters at this stage in a franchise, it’s important that these films feel fresh. Doctor Strange does very well in introducing a character I’m not too familiar with, taking time to explore his origin story and becoming one of the most different offerings within the MCU.

Doctor Stephen Strange (Benedict Cumberbatch) is one of the world’s leading neurosurgeons who, after a major car accident, is forced to give up his career due to severe injuries sustained to his hands. After hearing of a potential cure, Strange sets off on a journey of healing to meet the Ancient One (Tilda Swinton).

Strange’s journey takes him to Kamar-Taj, where he discovers the mystic arts. Trained how to use them and taught about the purpose he can serve, Strange takes a path that will change his life forever.

As I’ve mentioned before, I’m not all too familiar with the character of Doctor Strange in comparison to the likes of Spider-Man, Iron Man or Captain America. That worked massively in favour of the film as I was interested to see how a character like this would fit into the MCU and excited to see something new altogether within the franchise.

Scott Derrickson really has done a great job in making a film that offers that something new while feeling right at home within the MCU at the same time. The exploration of the mystic arts is big enough but Derrickson juggles that with Strange’s origin story to make sure this is a hero we want to root for. Derrickson’s film flows at a steady pace and features some of the better humour we’ve seen in the MCU so far.

It’s no surprise that a Marvel film possesses impressive special effects however, when you see what they achieve with the effects in Doctor Strange, you can only be even more impressed with them. Watching Strange learn the secrets of the mystic arts gets pretty psychedelic at times while the action sequences, including a landscape shifting chase through New York, are quite breathtaking.

Coming to the performances, Doctor Strange features a lead in Benedict Cumberbatch that proves, once again, Marvel have got the casting for one of their heroes spot on again. We know Cumberbatch can pull off the arrogance as we’ve seen him do it as Sherlock Holmes and he does it so well as Doctor Strange, both during his time as a surgeon and sorcerer. It’s a trait that makes him a bit difficult to take to but then it’s great to see the character earn the respect of the audience as the film goes on.

Cumberbatch is joined by a mightily impressive supporting cast that includes Tilda Swinton, Chiwetel Ejiofor, Benedict Wong, Rachel McAdams and Mads Mikkelsen. There’s been a bit of controversy surrounding the casting of Swinton in the role of the Ancient One, a problem seen quite often in Hollywood unfortunately, but there’s no denying Swinton gives one of the best performances in Doctor Strange. I really enjoyed Chiwetel Ejiofor’s take on Karl Mordo and I’m intrigued the direction his character will take in future instalments.

It’s the misusage of McAdams and Mikkelsen that leaves a bit of a sour taste, McAdams rather terribly pushed aside to the role of girlfriend while Mikkelsen falls under the curse of weak and underwritten Marvel villain. It’s a problem Marvel have really struggled with throughout the MCU with Loki and Ultron being the only stand-out villains. Two memorable villains across fourteen films isn’t really good enough though. I mean, McAdams and Mikkelsen both do there best with the limited material they’re given but it’s a real shame that it has to happen.

As always with Marvel, there’s two extra scenes throughout the end credits that tease future projects and it’s the one in the middle of the end credits that left me pumped for a particular sequel coming out next year. It also felt like a great subtle nod to Sherlock Holmes, who Cumberbatch has played before. Thanks to a very good introduction to the Sorcerer Supreme, I can’t wait to see how he’s going to interact with the likes of Tony Stark and Star-Lord when we get to that point in a couple of years.