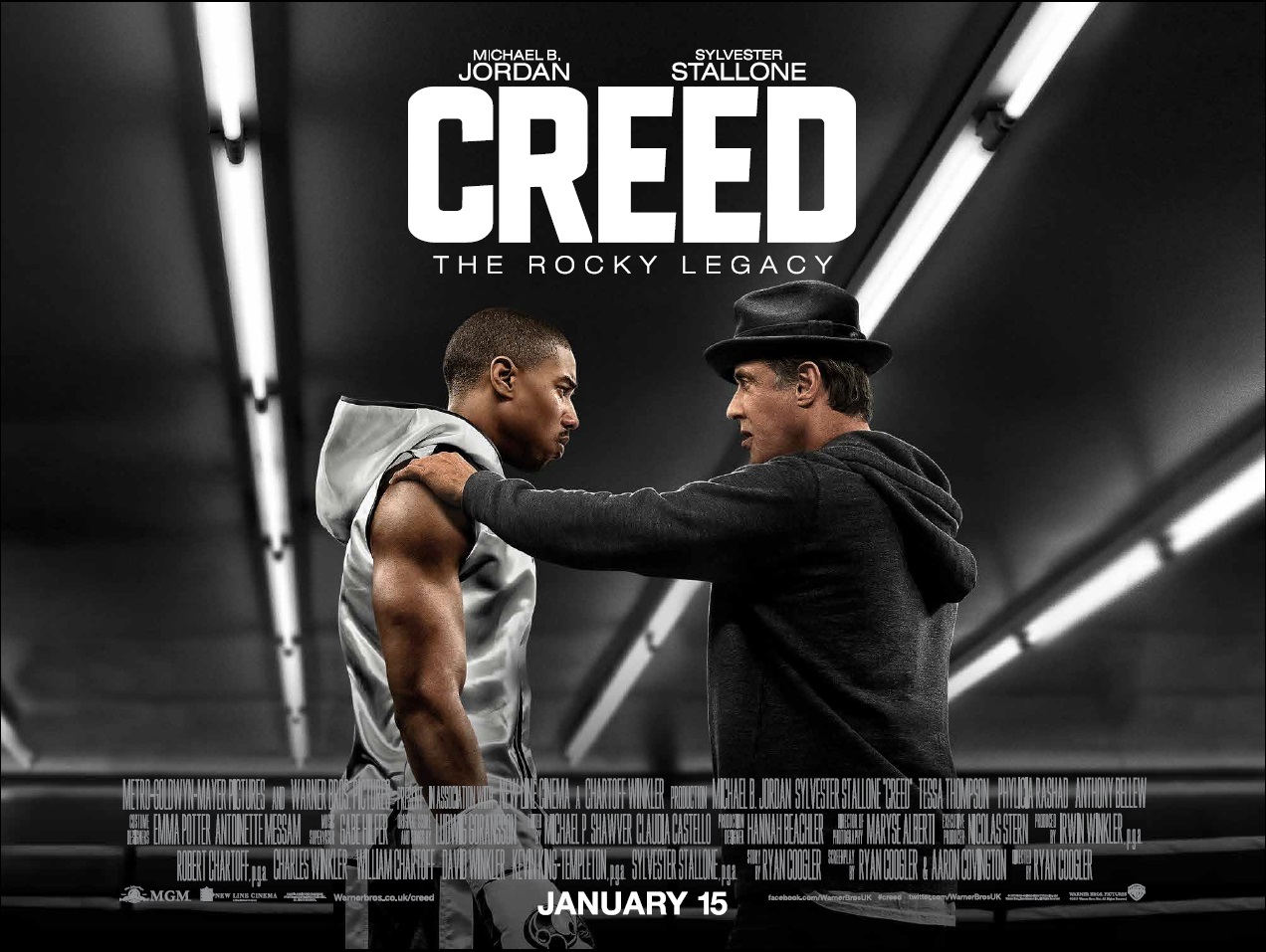 Creed is the seventh film of the Rocky franchise that started back in 1976. More often than not with a franchise this old, people wouldn’t be too excited for a new film and judging by the fact that both Rocky V and Rocky Balboa were pretty lacklustre in comparison to the earlier films, Creed could have gone under the radar a little.

Now, I really like the Rocky films but I wouldn’t call myself a die hard fan of the franchise. What made me stand up and take notice of Creed, other than the word of mouth from across the pond, was the talent found to breathe new life into the franchise in director Ryan Coogler and actor Michael B. Jordan. What a great move that turned out to be.

Adonis “Donnie” Johnson (Michael B. Jordan) is the youngest son of former heavyweight champion Apollo Creed, whom he never met as Donnie was born after his death. With a childhood filled with violence behind him, Donnie quits his job to pursue his dreams of becoming a professional boxer.

Donnie travels to Philadelphia to seek out his father’s former rival turned friend, Rocky Balboa (Sylvester Stallone), another former heavyweight champion, to train him. Keeping his identity as a Creed under wraps, Donnie tries to make it on his own name all while trying to build a relationship with Bianca (Tessa Thompson), a singer trying to make it in her respective profession.

Creed has many strengths but its real one is the story at the centre of the film that harks back to what made the earlier films of the franchise so strong; underneath the tough exterior, there is a vulnerable man trying to find his place in the world. Ryan Coogler’s story is an emotionally powerful one that deals with legacy, the fear of failure and loneliness rather beautifully.

Coogler quite rightfully broke onto the scene when he wrote and directed Fruitvale Station and he picks up where he left off with that film in Creed, revelling in both the role of writer and director. I knew the more dramatic scenes, particularly between Donnie and Rocky, were in capable hands with Coogler however, I wasn’t too sure how he would handle the boxing sequences.

All I can say now having seen Creed is wow. Coogler not only delivers a pulsating training montage, important to any Rocky film, he also manages to hit the nail on the head when it comes to the actual fights. The last fight would have been good enough but there is a real gem of a scene that occurs halfway through the film. Donnie’s first fight under the tutelage of Rocky is all done in one long take and it really is a stunning piece of filmmaking. Coogler owes a lot to cinematographer Maryse Alberti as it is her camerawork that makes this such an unforgettable scene, making us feel every punch as they land.

Coming to the performances, I really do think Creed showcases the best performances of the franchise. In Michael B. Jordan, they have found a young and exciting actor who could go on to play this character for years to come. Jordan portrays both the cocky and vulnerable side to Donnie with an abundance of maturity and confidence.

The more surprising aspect of the performances is just how good Sylvester Stallone is in the role of Rocky Balboa. Now, Stallone has never been regarded as a great actor however, you can’t deny that this is the role that has more than ever showcased the acting talent he does possess. In Creed, I can’t think of one scene involving Stallone that let the film down. This is his franchise and you have to give the man credit for bringing in the likes of Coogler and Jordan to take it forward.

Creed is an outstanding example of how to respectfully breathe new life into a flagging franchise from Ryan Coogler, who has a big future ahead of him, as does Michael B. Jordan. It might not be the most popular statement but I genuinely think I prefer Creed to any of the previous six Rocky films.