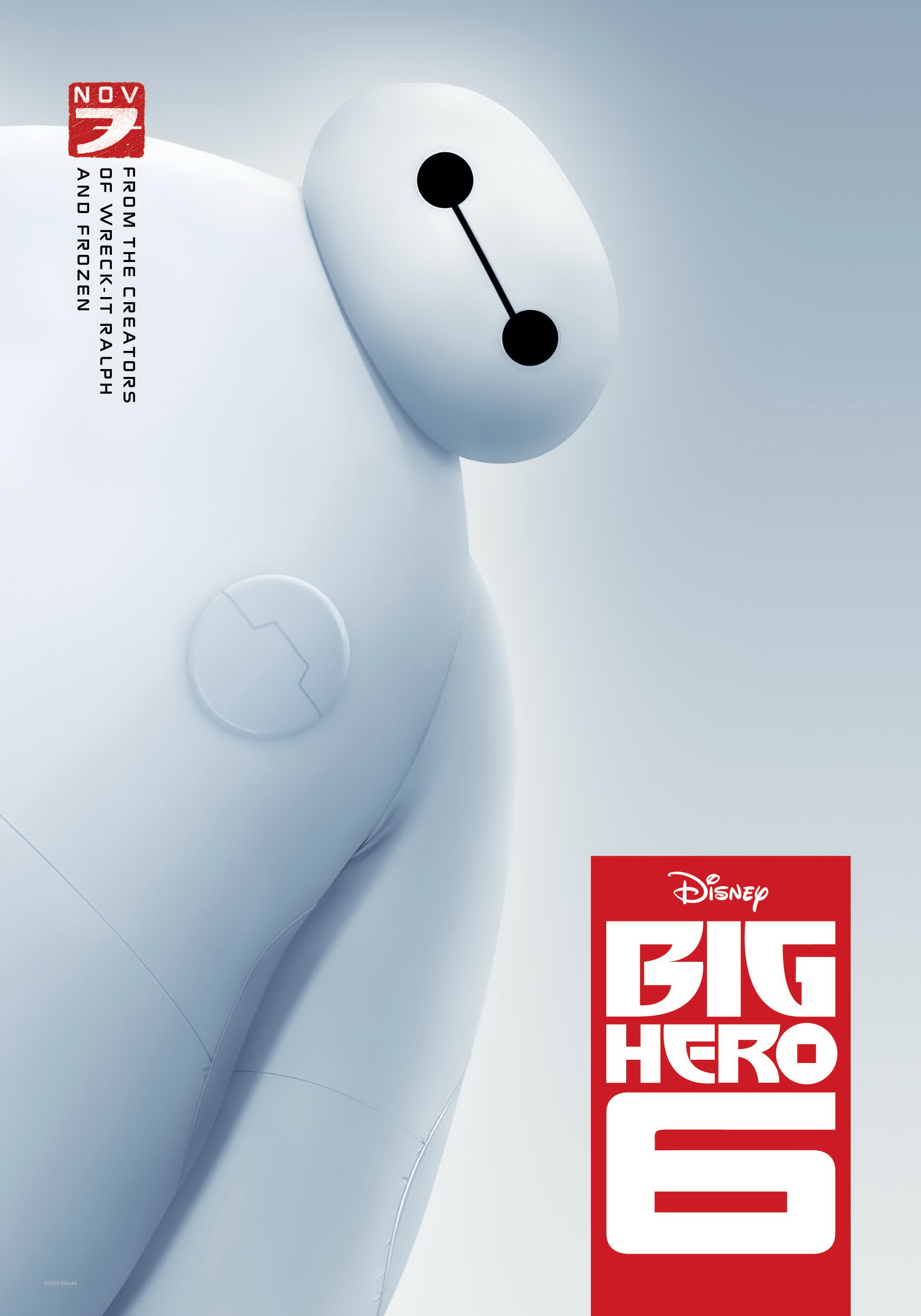 Disney are back and this time with Big Hero 6. Prepare to get excited because it’s pretty damn awesome! Based on a Marvel comic-book, Big Hero 6 is beautifully animated and fantastically exciting, serving up more than enough entertainment for both kids and adults.

When Hiro Hamada (Ryan Potter) forms a bond with Baymax (Scott Adsit), an inflatable medical robot, they unite with a group of friends to become a group of superheroes, fighting to save the city of San Fransokyo from a mysterious masked enemy.

Big Hero 6 is the first animated Disney film to feature Marvel characters since Disney bought Marvel Studios back in 2009. Elements of both Disney and Marvel are clear for all to see and they have been combined together so well to create a sure fire hit for the studio.

Being an animated film based on a Marvel comic means that Big Hero 6 is going to be action-packed and as always with Disney, the animation is stunning. The futuristic city of San Fransokyo is vibrant and colourful, and the action sequences are as pulsating as you’d expect them to be in any film that has a connection to Marvel. It ceases to amaze me the attention to detail that the animators produce in their work.

Big Hero 6 is not only strong in the animation department. The story is well written and has an emotional core that will pull on the heart strings, something that has always been apparent in animated films but more prominent in recent years. If you don’t agree with that then watch something like How to Train Your Dragon 2 or The LEGO Movie and try to argue different.

At the centre of that emotional core is the relationship between Hiro and Baymax. In Baymax, Disney have once again struck gold and created one of their best characters in years. Baymax is funny in his appearance but thanks to the animators and script, he becomes something else entirely. The animators decision was to make his movements simple so watching him carry out an everyday task becomes hilarious. Kids will love him and so will adults; trust me, because of Baymax, I was cracking up at times during this film.

Big Hero 6 is another strong entry into the long and decorated history of Disney. With stunning visuals, incredible action, an emotional story and Baymax, it really is great fun for the whole family. It won’t be as big as Frozen but expect to hear a lot about this film in the next few weeks.