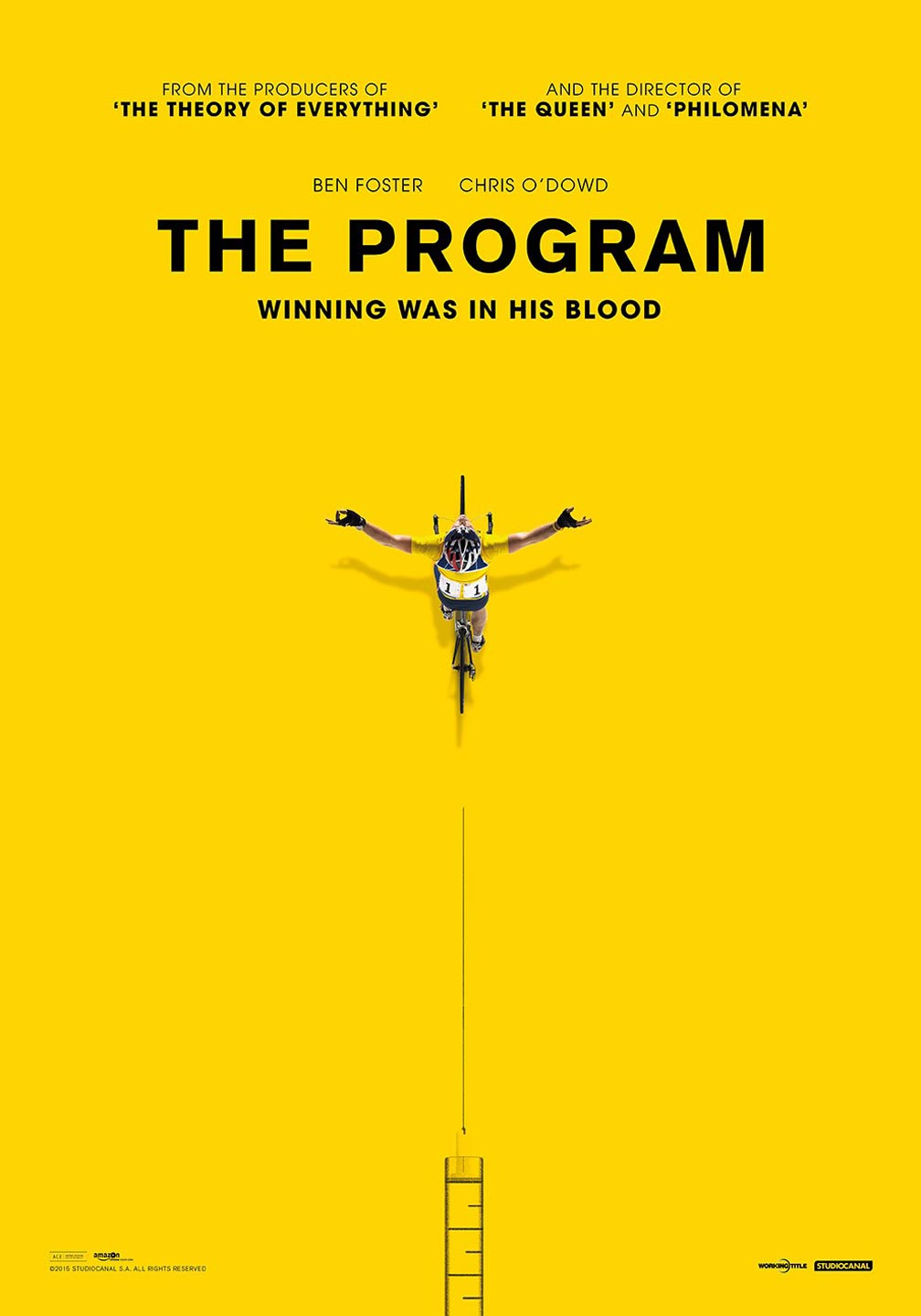 ‘Champion. Hero. Legend. Cheat.’ reads the tagline for The Program, Stephen Frears’ film about the controversial and illegal route Lance Armstrong took to winning seven Tour de France titles between 1999-2005. It sure is simple yet delivers a powerful message about one of the once most iconic heroes in sport.

David Walsh (Chris O’Dowd), an Irish journalist for The Sunday Times, first meets Lance Armstrong (Ben Foster) before his Tour de France debut in 1993. Impressed with his enthusiasm yet wary of his chances, Walsh predicts Armstrong will only make a minor impact in the world of cycling.

Fast forward to 1999, Armstrong has beaten testicular cancer and won the first of his seven consecutive Tour de France titles, as well as launching Livestrong, a charity to help those affected by cancer. Walsh, curious of Armstrong’s miraculous recovery and performances, begins to doubt the champion and embarks on a journey to uncover the truth in regards to whether Armstrong was using banned substances to enhance his performance.

With the whole world seeming to side with Armstrong, Walsh faces a lonely battle to unearth the truth and bring both justice and respect back to the sport he loves.

What struck me most about The Program was the extent of Armstrong’s deception and the program he and his team imposed to both use and hide the use of performance enhancing drugs. Being a true story, I knew that he had confessed to the use of these substances, I just didn’t know how he went about it. The Program was a real eye-opener for me, that’s for sure.

Frears’ film is precise and wastes no time in trying to paint Armstrong in any good light, in fact the film paints Armstrong in the style of Picasso, his character becoming distorted to the point where he becomes almost unrecognisable. There is no time wasting here and with Walsh’s brilliantly titled book, Seven Deadly Sins, being the inspiration for the film, Frears has plenty of ammunition to play with.

The performance of Ben Foster as Lance Armstrong has to go down as one of the best of this year. For a long time, Foster has been impressing in supporting roles, even if the films aren’t that good however, The Program marks the first time where Foster gets to take centre stage and he well and truly knocks it out of the park as Armstrong, very much portraying him as the villain of the piece.

There is good support from O’Dowd as the persistent Walsh, taking a step away from the comedy roles you would normally associate him with, and Jesse Plemons as Floyd Landis, a member of Armstrong’s team who saw both the good and bad in what Armstrong was doing.

The editing by Valerio Bonelli and Danny Cohen’s cinematography of the race sequences perfectly capture just how much of an advantage the drugs gave Armstrong and his team, a task made even more achievable with the fact that Foster was taking performance enhancing drugs while shooting the film.

Armstrong may have been shamed and stripped of his seven Tour de France titles but The Program will bring the story to a whole new audience who may know nothing about his deception. Everything he has ever achieved in sports and with his charity is all based on a lie and Frears’ film really powers this home.