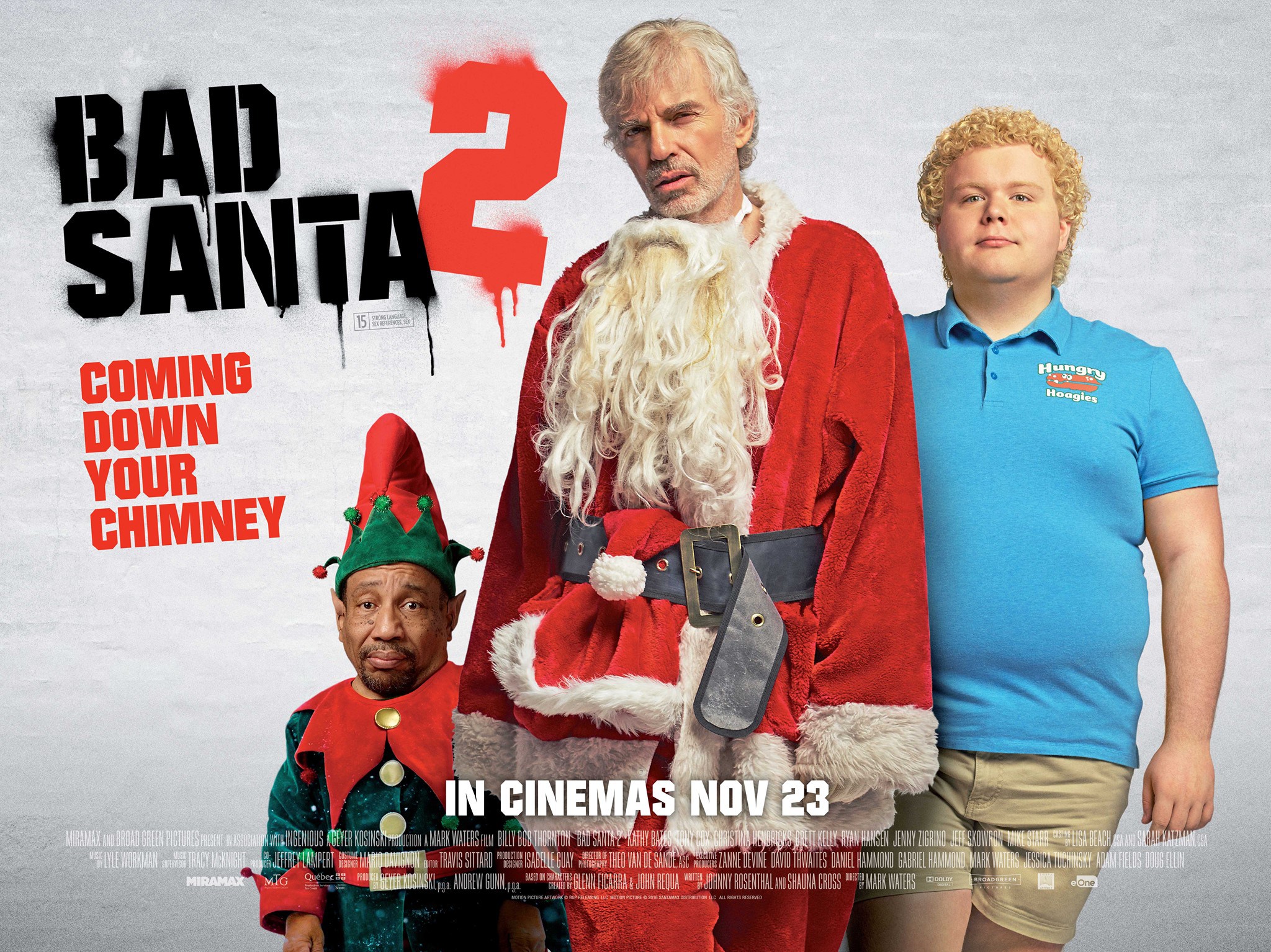 The idea of making a sequel to Bad Santa is one that was first raised in 2009, only six years after its release. It’s an idea that should have really been acted upon then or just left in the past because Bad Santa 2, a sequel that comes thirteen years after the original, is not a very good film at all.

Willie Soke (Billy Bob Thornton) is still living a life fuelled by whiskey and greed, a lifestyle that leaves him contemplating suicide, until his old friend, Marcus (Tony Cox), resurfaces after spending ten years in prison. With him, Marcus brings a job for both him and Willie in Chicago.

This time though, the duo find themselves attempting to steal $2million on Christmas Eve from a charity aimed at helping underprivileged children. With Willie’s mum, Sunny (Kathy Bates), and Thurman Merman (Brett Kelly) joining the duo in Chicago, things start to become a little more tricky for Willie and Marcus.

There is just so much wrong with Bad Santa 2 as both a comedy and a sequel. The most vital mistake the film makes is that it totally lacks any of the charm or wit that made the first one good. I mean, seriously, the jokes in this are as if they’re just having a competition to see who can say the most controversial thing, including one about abortion that just leaves a bad taste in the mouth.

It’s a level of writing that comes as no surprise seeing as both the writers of the first film don’t have any involvement with this sequel. Any soul that was established in the predecessor is totally destroyed with a screenplay and characters that take things from bad to utterly vulgar in a matter of ninety minutes. Billy Bob Thornton punching Kathy Bates right in the face is something that we don’t really need to be seeing in a film today to get a cheap laugh.

Then come the performances, none of which bring any life to the film. Billy Bob Thornton just snoozes his way through proceedings, Kathy Bates wastes both her talent and time in a turgid role and Christina Hendricks, what the hell were you even thinking?! I mean, come on this is not what you should be doing. I was so disappointed with Brett Kelly as well, which isn’t necessarily his fault, but Kelly making an appearance as a 21-year-old Thurman Merman just didn’t work for me. It worked because he was a kid before and it was funny to watch Billy Bob Thornton react to his mannerisms however, it’s fair to say Kelly just doesn’t sell the character very well now at an older age.

Did I laugh? A little.

Is it as good as the first film? Nowhere near.