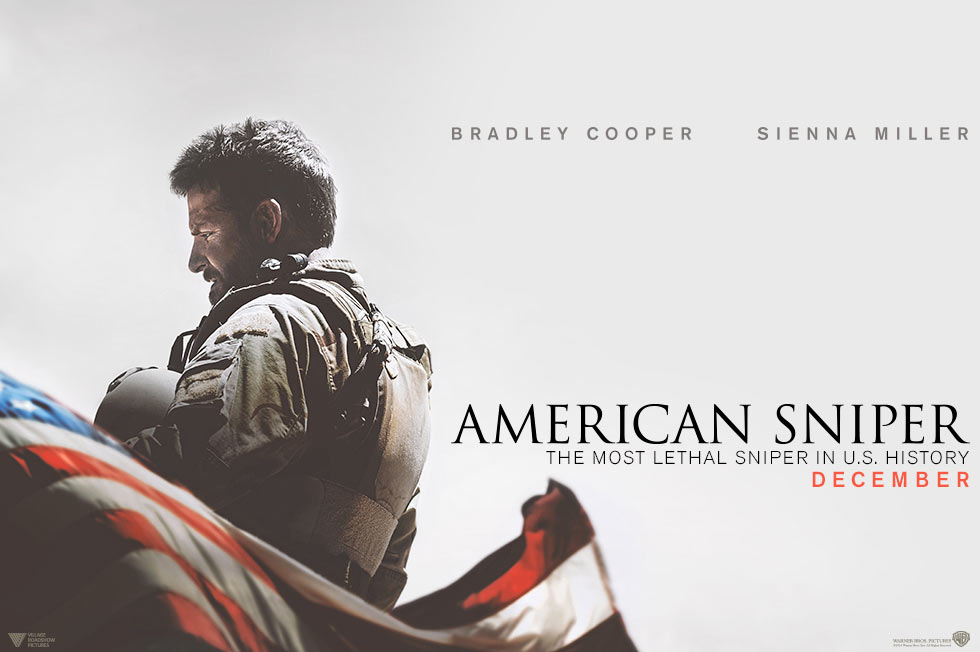 Clint Eastwood returns to fine form with American Sniper, the film based on the true story of NAVY Seal sniper Chris Kyle, the man dubbed the most lethal sniper in U.S. history. American Sniper focuses mainly on Kyle’s time serving his country in Iraq where he was nicknamed ‘The Legend’ by fellow troops.

The film also reflects on Kyle’s personal life back home and the few incidents that made him want to join the NAVY as well as the struggles he faces trying to distance himself from the war when at home with his family.

Eastwood has had a bit of a rough time in the director’s chair recently with critics not taking too kindly to films such as Hereafter, J. Edgar and Jersey Boys. However, he is a director that when he gets it right, he gets it very right. Just take a look at Unforgiven, Million Dollar Baby and Gran Torino if you don’t believe me.

With those three films in particular I liked the way Eastwood told each story, taking the care and attention to deliver a film that packs an emotional punch. American Sniper is no different in that respect, Eastwood balancing the film’s narrative between Kyle’s life as a soldier and Kyle’s life with his family ever so well.

As well as a good director at its helm, American Sniper also boasts a fine cast led by the impressive Bradley Cooper. Chris Kyle’s heroics in Iraq are quite something and you get a sense from Cooper that he wants to do the man justice.

With the heroics come the frailties of war and Kyle’s mental vulnerability and inability to take himself away from the war when back home really shine through due to Cooper’s performance. If Eastwood is a director trying to gain some of his reputation back then Cooper is an actor who has been working at the top of his game for a while now, leading to an Academy Award nomination for Best Actor for a third year running.

There is another performance of note in American Sniper and that is the performance of Sienna Miller as Kyle’s wife, Taya. I have never really taken notice of Miller’s talents as an actress before but with her performance here and the recent Foxcatcher, she has certainly stood up and made me take notice.

American Sniper is a tense tribute to American hero Chris Kyle, focusing on the man in particular and not the war. Eastwood and Cooper together do Kyle’s story justice and it culminates with emotional scenes over the end credits that just go to show how much respect was held for Chris Kyle in the hearts of the American public.