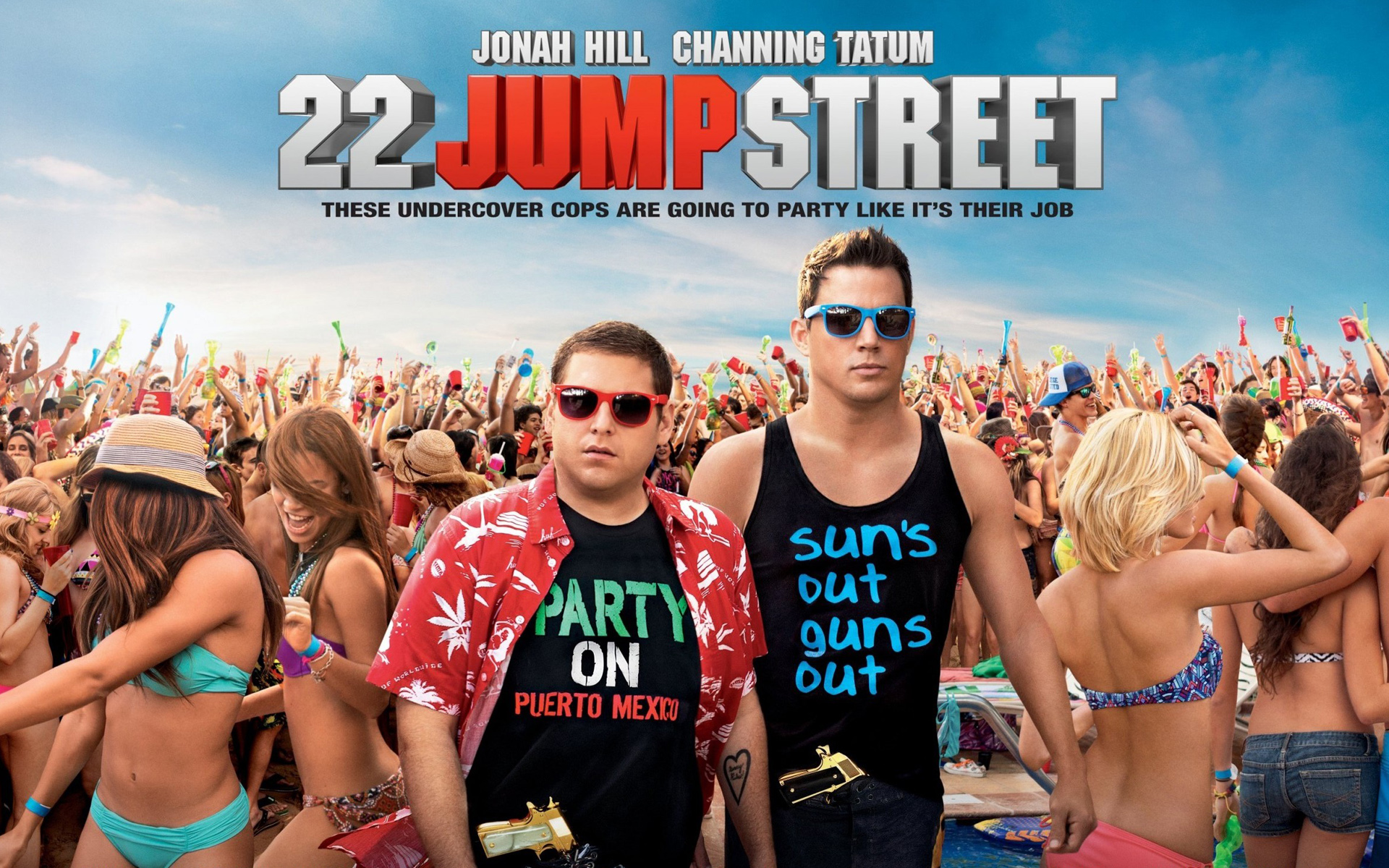 To be better than or equal to their predecessors, sequels usually have to do something different. This is especially the case when it comes to comedy sequels. 22 Jump Street breaks this rule by being similar to 21 Jump Street yet just as funny and entertaining.

Schmidt (Jonah Hill) and Jenko (Channing Tatum) are back after the success of the 21 Jump Street program, this time down the road at 22 Jump Street. Ordered by Captain Dickson (Ice Cube) to once again don their disguises as brothers Doug and Brad McQuaid, they must find out who is supplying students with a new drug known as WHYPHY (Work Hard Yes, Play Hard Yes).

The only difference this time, they are going undercover at a local college.

While 22 Jump Street does share similarities with its predecessor it is far from being a carbon copy. The ante is upped in just about every department which means bigger action and even sillier (yes it is possible) comedy.

Jonah Hill and Channing Tatum are once again great together as Schmidt and Jenko. Their bromance develops further in this outing and we once again get to see them trip out together on drugs, one of the film’s highlights.

Tatum was a comedic revelation in the first film and for me, once again he was the funnier out of the two. Not that Hill isn’t funny, it’s just that this sort of comedy is bread and butter to the man these days.

There is one man though who steals the show from the two lead men. Ice Cube was brilliant in the first film and he gets even more screen time this time round. If you think he was angry before just wait until one particular revelation that could not be more awkward. I will not ruin anything about that surprise for you guys but it was one of the best and most hilarious scenes of the film.

Also on board from the first film is directing duo Phil Lord and Christopher Miller. They know how to give the audience a good time, after all they did provide us with arguably 2014’s most fun film The Lego Movie. When you walk out of 22 Jump Street it is clear that it was made by the same guys. It is just that much fun.

With the help of great performances and a sharp screenplay, Lord and Miller have crafted a dynamic sequel that manages to mock itself as it rolls along, both subtly and blatantly. None more blatant though than the end credits, again I won’t spoil the joke but believe me, they are worth sitting through.