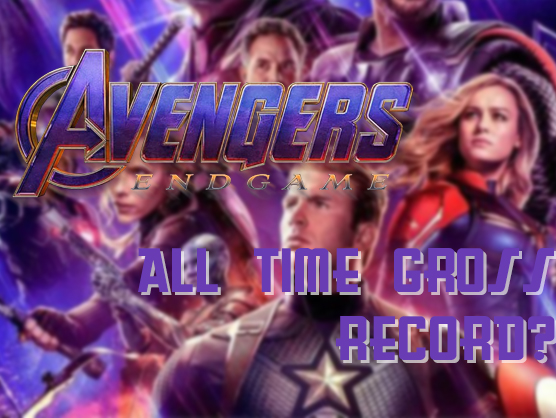 The big finale to the the cinematic universe Avengers has arrived and, predictably, it has followed in predecessors and become a global smash. While it’s opening weekend numbers are still to be set, some preliminary data can be gleaned. This is what box forecasters Applaudience (the data analysis part of PR and marketing group Strike Media) has done using the UK pre-booking data, and when you see the numbers you see how much of phenomenon Endgame and the MCU in general has become.

Part of their press release talks about some of the finer points and the very much data analysis part of the data analysis. There’s the most popular times to see the movie, (Friday: 17:00 – 21:00, Saturday: 13:00 – 20:00, Sunday: 13:00 – 16:00 if you where interested,) and the regional occupancy rates, (East of England flocks to it while Wales doesn’t for some reason). I’ll add the data tables at the end as I know you just want to know about the cold hard cash.

Well the weekend is expected to be good going for Endgame as it’s estimated that ‘3.25% of the entire UK’ has booked themselves a ticket, which in sales comes to ‘1,177,613 tickets… bought for Fri-Sun screenings and 2,148,092 sold over all dates.‘ In money terms, this means that just from pre-booked tickets, Endgame has made £12.1 million for its opening weekend with an added £10 million across additional dates.

This also lead to Applaudience predicting that Endgame will beat Infinity War’s £29m Box Office opening weekend. By how much depends on those not pre-booked tickets. The report also says that:

At that means that the ‘sold out’ signs are being dusted off in droves.

There even may be a chance where it may become not just the highest grossing opening weekend of 2019 but of all time, with that record being current held by Star Wars: The Force Awakens and Infinity War. From the latest updates from BoxOfficeMojo.com:

“Marvel Studios’ Avengers: Endgame posted a record-breaking $60 million from Thursday evening previews, the highest preview gross ever ahead of Star Wars: The Force Awakens, delivered $57 million back in December 2015.”

“Additionally, the film has now earned an estimated $305 million in its first two days of international release. After opening in 25 material markets on Wednesday, the film added another 21 yesterday, which included a $15.3 million launch in the UK, the largest single day in the market ever and +86% higher than Avengers: Infinity War’s opening day in the market.”

So moves are already being made. As the numbers come in over the Friday to Sunday weekend we’ll soon see how much far up the tables Endgame ends up.

I said I’d put the nit-pick data at the end so here it is (data correct as of April 25th, Source: Applaudience/Strike Media):

“Sold out” showtimes for Avengers: Endgame
Below are showtimes that are 95%+ sold out (only corner / front-row seats are left to book) 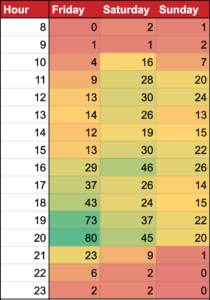 Applaudience data highlights how cinemas in the East of England have sold out of the greatest amount of Avengers: Endgame tickets in UK, with 34.3% of the total seats available in the region being pre booked. This high percentage is closely followed by cinemas in the South East (28.9%) and East Midlands (28.5%). More rural regions of the UK such as Northern Ireland and Wales are less taken by Marvel madness, with only 15.3% of total seats available being sold out in Wales and 18.5% in Northern Ireland. 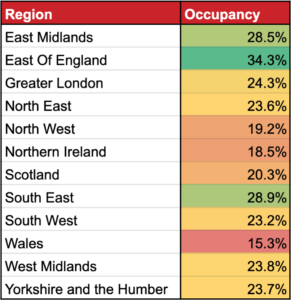 Applaudience have uncovered that the most popular time to head to the cinema for Avengers: Endgame this weekend is 7pm this Friday (26th April), with 80 cinemas reporting screenings that have sold-out or reached 95% capacity, with only corner and front-row seats left to book.

However, time seems to be no obstacle for Marvel fans this opening weekend with 95% capacity sold out screening being reported every hour from 8am to 11pm across the opening weekend, with 904 screenings reaching this capacity in total over the weekend. 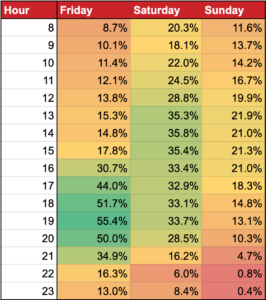