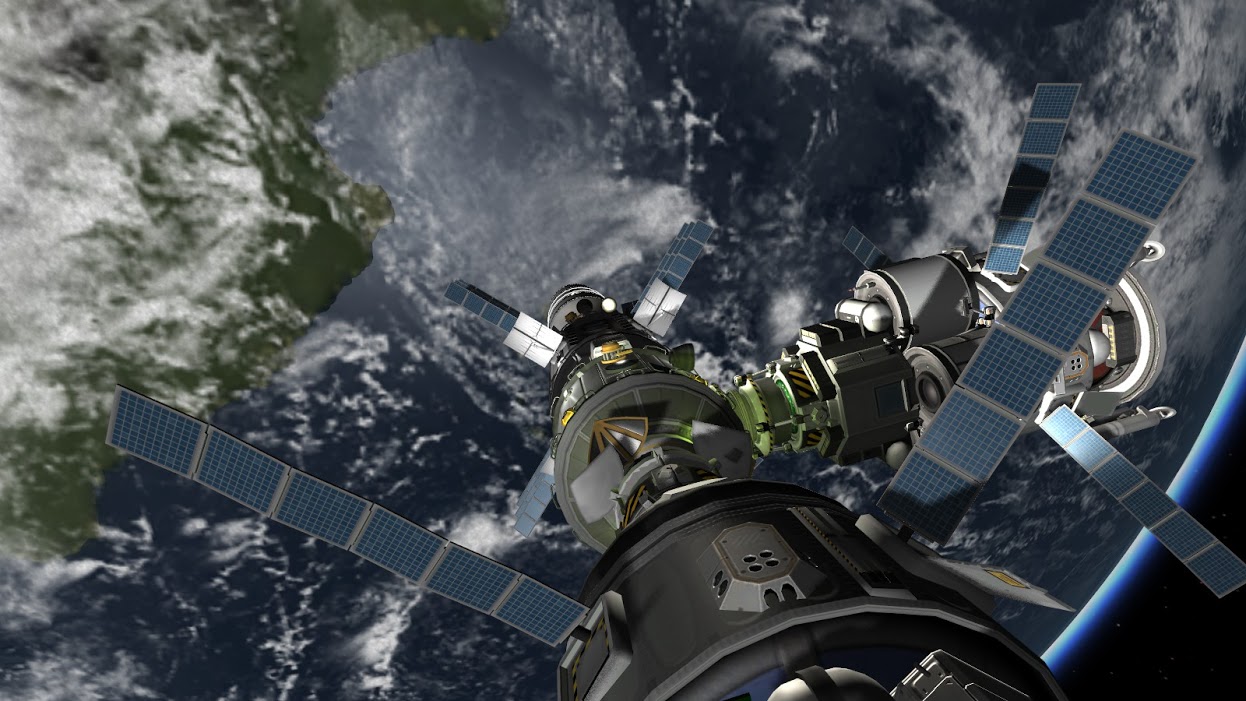 It’s been quite some time since I last looked at Kerbal Space Program (KSP); January 2013 to be precise. Since then the game has changed a great deal both in its vanilla form and in a modded form. In this I hope to cover a little of both as at this point not mentioning the mods for Kerbal Space Program would be an immense mistake. KSP is still in development, so take just about everything here with a pinch of salt as it may not be representative of the final product. That being said I just hit 250 hours on it, so it must be in a reasonably playable state.

The most significant changes in KSP since I last looked at it have been centred around transforming it from a sandbox into a game. First to be introduced was the science system which gave craft and missions meaning as they gathered science point through conducting experiments and readings and bringing of transmitting the results back. These science points are then spent on a tech tree which unlocks more advanced/bigger parts. These new parts can then be used to construct craft for more advanced and difficult missions. In recent patches this progression has been expanded to include a financial element. Now in addition to the science points and tech tree missions can complete contracts which provide financial return. This isn’t a purely profit gamemode as your spacecraft now costs per part and recovery is required in order to gain any return, a system which is proximity-based according to your distance from the Kerbal Space Centre. This patch also introduced a reputation system based upon your frequency in horribly murdering kerbals in fiery explosions, completing missions and succeeding in contracts. The most recent patch; 0.25 has added yet more to this system, introducing a way of signing onto initiatives which are essentially a system allowing for long term trade-offs between science, money and reputation. The logic of this is to rebalance the career mode to allow people to play how they want to play and still progress.

These changes are welcome and do go a long way to transforming KSP into a game with actual progression. Whilst I wasn’t initially sold on either the science or financial changes, playing through them has changed my stance somewhat. The science system is currently the more mature and in my opinion the better however as the finance elements mature they are beginning to improve. My most recent playthrough is going to be a 0.25 hard-mode run (with mods, but I’ll get to that). This means that money will be tight, science will be hard to come by and there’s no save-scumming. This isn’t necessarily the only way to play the game however at this point I’ve done quite a few fresh starts and the early missions were becoming a little repetitive. For the new player though the science system will give your overall progress and gameplay some structure and the financial elements will encourage you to build to task. This is actually worth a mention; as a sandbox KSP allowed for radical solutions to problems with the only real limitation being the physics engine. If you had to get a huge payload into orbit there was nothing to stop you strapping together a ridiculous amount of parts and producing an immense and inefficient launch-vehicle. The financial changes make it so that almost every craft you produce is going to be as lean, efficient and designed-to-spec as possible so as to maximise the profit on it. As a method of reigning in some wacky solutions and encouraging ingenious solutions it has certainly done its job.

Now I want to talk about mods, because, well the game wouldn’t have kept my attention this long without them. As a starting point I will first cover the selection of mods that I prefer and discuss why I want them in the game when I play. First of all there is the partnership of Deadly Re-entry and Ferram Aerospace. Deadly Re-entry alters the mechanics of hitting atmospheres and unlike the base game makes them lethal at certain speeds and without heat shielding. Ferram Aerospace alters the entire aerodynamic model of the game so that it simulates actual aerodynamics much closer. The effect of these two mods are a radical change in atmospheric behaviour for all craft, including space planes. In addition to these physics altering mods I also like to add TAC Life Support and Remote Tech in order to alter how the game handles craft. TAC Life Support adds life support requirements to the game including food, water, oxygen, waste, electricity, etc. These resources are handled like all other resources in the game allowing for resupply missions and such, making the game more challenging by introducing that extra layer of complexity to missions. The second mod of this pairing is Remote Tech which had a little hiatus recently but brilliantly appears to be back for 0.25. This mod reworks the entire communications system in KSP requiring the construction of a communication network in a realistic fashion. This completely reworks unmanned gameplay as distant probes either need to be programmed or controlled remotely through either line-of-sight comms or a signal bounced through a network. There is little as satisfying as building and upgrading a communications network for that little probe swinging around the back of Minmus, or leaving a bingo-fuel interplanetary probe as a relay. These are just the system overhaul mods, I also enjoy the Interplanetary Mod which adds future tech and parts as well as a variety of large part collection packs which add an astonishing amount of potential for craft construction. Mods like KW Rocketry and B9 Aerospace are indispensable. I’m really just scratching the surface with that as there are many more mods available, it must be said that without mods KSP is a great game but with them its a fantastic experience.

Since the last preview the overall compatibility of KSP has come a long way. Now available on Windows, Mac and Linux with 32bit and 64bit builds it will now scale performance-wise brilliantly. It will run, albeit slowly on Debian on my Thinkpad X220 but will run fantastically (if not occasionally a tad buggy) in its 64bit form on Windows on my gaming rig with many many mods installed. I would recommend a reasonable system to get the most out of KSP though as without a reasonably specced machine you’ll find yourself running into slowdowns with high complexity scenes. Graphically the game has improved significantly since I last looked at it with great improvements to the lighting and rendering in general. With the removal of the 32bit memory bottleneck it is now easier to make the game look even better through modding and a combination of various mods can make the game look absolutely spectacular.

Pricing-wise the game will put you back £22.99 (approx $36.60) on Steam and is available from the developer website for exactly the same amount. In this case I would recommend buying from Steam as it’s just simpler and will update automatically. This seems quite pricey but in my experience at least is only surpassed by Minecraft in the amount of gameplay I’ve gotten out of a computer game purchase. The sandbox nature of KSP and the sheer moddability and the immense mod library means that much like Minecraft or Skyrim, KSP can become whatever you want it to be and more. If you’re still not sure on the purchase then might I recommend the Youtuber Scott Manley as an introduction to exactly what the game is capable of. If you have any interest in sandbox game then get KSP, any interest in space then get KSP, any interest in rockets, spaceplanes, moons, asteroids… look, just check out KSP because it’s fantastic!