I’m somewhat amazed with Terraria, having covered it twice before I figured that there surely couldn’t be any more to be added, especially considering that it’s been around since 2011. How wrong could I be?! Terraria patch 1.3 recently released with another shed load of content and a series of very nice quality of life improvements including but certainly not limited to Steam integration. If you’re still not familiar with Terraria, well I’m not sure how that’s possible, but either way it’s a 2D adventure game in a procedurally generated open-world sandbox. On top of the exploration, adventuring and fighting there’s also building and just about everything else you’d expect from a game of this sort. It’s been around for a long time and consistently sells very cheaply on Steam sales, so I’d imagine that it’s pretty much everywhere. I tend to help that process out by buying up cheap copies on sales and giving them to people that somehow still don’t have Terraria.

First I’d like to discuss the quality of life changes, starting with Steam integration. The multiplayer now works with Steam and the Steam friend system rather than requiring the server-client setup and everything that that entailed. The option for a dedicated server remains, which is nice, but not necessary any more allowing for quick and easy multiplayer with no fuss. There’s also been the addition of Steam achievements, which is cool for those of you out there that like to collect those. I’m a big fan of these changes to the underlying multiplayer systems of the game as to be frank, Terraria is a far superior game in multiplayer and opening that door to more people by making everything easier and integrating it into the known factor that is Steam is a positive move. This particular revisit to the game has been made much easier for me personally by the Steam integration, not because the process of hosting a server was too complicated but because it’s generally just quicker and easier not to have to worry about. 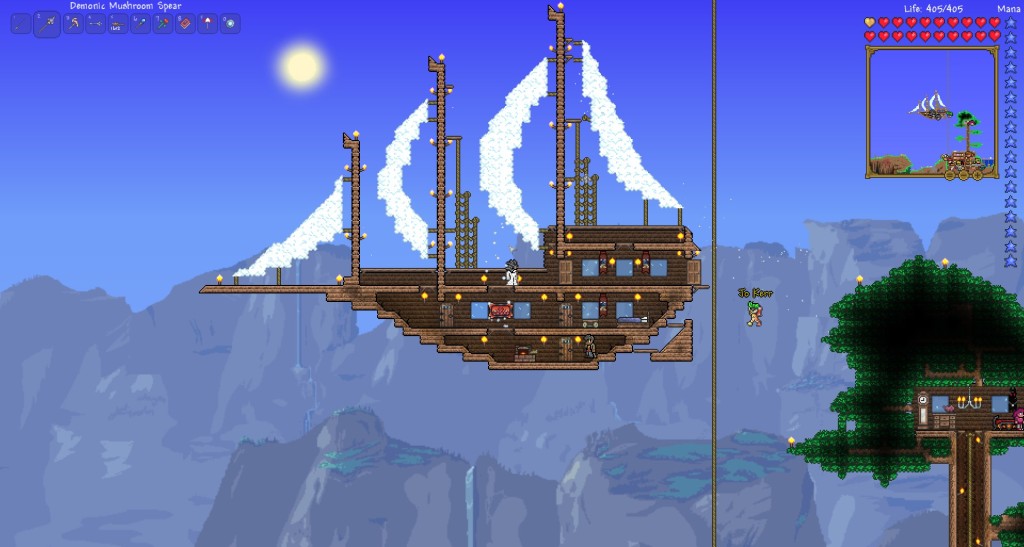 Moving on from the Steam integration into the other general quality of life improvements we come to the interface changes. I believe many of these changes have been taken from the console versions of the game, which is not bad necessarily. There’s now a toggle for an auto-mine with Smart Cursor which will automatically mine blocks in a given direction, easing the burden of mining a little. This same capability also makes building a little quicker thanks to the smarter placement. There’s been a mixup of the inventory management with extra equipment slots as well as the brilliant “auto-sort” button which will empty your inventory into nearby chests. I can’t articulate how much easier this makes managing inventories and items, especially compared to before where it could be clunky and irritating. Crafting also has the crafting grid, a way of avoiding/enhancing the scrolling crafting interface and the player can now craft with items directly out of a chest. In short, there have been a whole host of significant improvements to the user interface which have for the most part ironed out clunkiness.

There’s been additional gameplay content too, which includes but is certainly not limited to the addition of Expert Mode. This is a mode of gameplay where the difficulty is ramped up through enemies doing more damage and having more help, this increases the challenge of the game quite significantly from the very start. However not only are the dangers greater, but the rewards have been buffed accordingly so amassing a wealth of gold is much quicker as long as one manages to survive the buffed enemies. This is a great way of making the early game of a new playthrough fresh and interesting where it  might have been a chore before, a wise addition for what is a pretty old game now. There is also a whole heap of new content, items bosses and the like to play through, so even if you’ve clocked a few hours in Terraria already the chances are you’ll find something new and still have a great time. 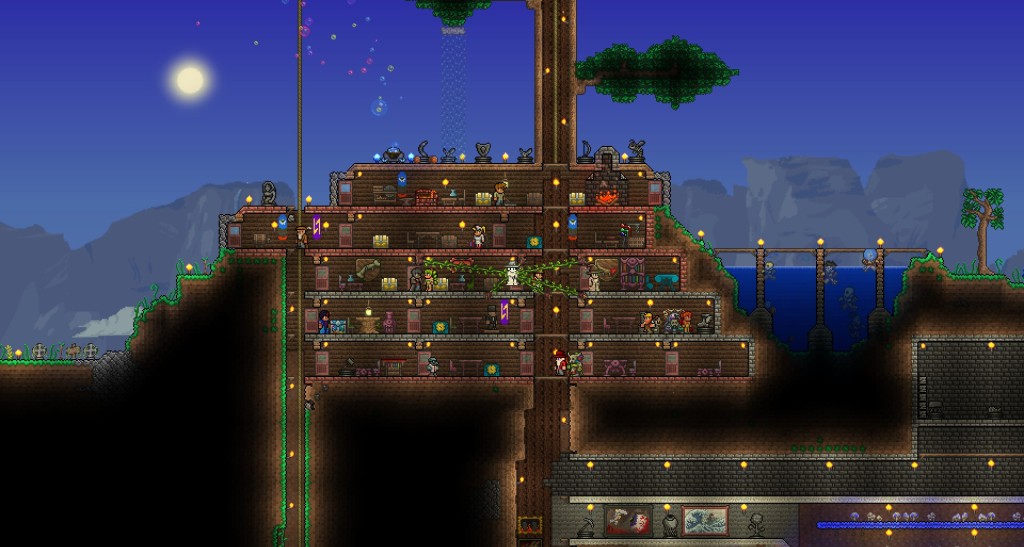 Terraria is also now available on pretty much every platform under the sun, with the final two OSX and Linux planned for release this month. I think at this point it’s available on PC and almost all consoles, and if not then it’s planned for release on them. System requirements are pretty minimal too thanks to it being a rather efficient 2D game, so this will likely run on a toaster. It’s difficult to go wrong with Terraria really, it’s cheap and has on offer hundreds of hours of content. I can’t recommend it enough, buy yourself a copy, buy your friends copies or wait until it drops to super-cheap in a sale and do that.