This is going to be a bit of a cheaty review as I’m likely to end up reviewing both Magicka 1 and Magicka 2 in this space, because really they should not be separated. I feel that it’s important to review the second in the series in relation to the first as despite having the same publisher in Paradox, they have different developers. The first game, by Arrowhead Game Studios was a quirky and unique title that was as fun and silly as it could be buggy. The second game is from Pieces Interactive, still published under Paradox Interactive. Whilst the base gameplay fundamentals can be translated fairly painlessly, there’s still potential for missing what made the first game so unique. My concerns are that whilst the base gameplay has been translated and even polished, the more aesthetic elements may have been ignored in the process.

The core of Magicka is the element magic system which offers 8 elements bound to 8 keys which can be combined into a vast number of combinations. This magic system is awesome, it reminds me of the proper experimental magic of Morrowind where the restrictions on magic are pretty much just imagination and game-engine based. This is not magic as a series of spells selectable from a menu but instead a chaotic blast of experimentation as the various elemental combinations prove to be sufficient/insufficient against whatever resistances a particular enemy has. In some cases the strong elemental attack will be easy, such as fire against an ice creature but others take a little more cunning such as the use of steam attacks against giant lobsters. This system has been perfectly translated from the first and continues to provide some awesome opportunities for silliness. Unfortunately the “A” “R” “S” “E” mines of the first outing have been removed, which is probably just as well considering how overpowered they could be. (I still miss them though). Balance is generally good with the game choosing to balance through enemy types and combinations rather than nerfing or buffing the player abilities. The bugs that could occasionally pop up in the first game are gone for the most part, although admittedly some of them could be quite hilarious. In addition to the base magic system are spells, with the most important and basic being resurrect. These are activated through a combination of elements and the Spacebar to activate and can provide some interesting additional effects not possible through the base magic system. On top of this is a system of unlockable items including staffs and robes offering passive buffs and weapons that offer both passive buffs and physical attack changes. The inventory system is both more polished and more restricted than in the first game with items being significantly easier to keep a hold of but the number of available items and their availability in-game significantly reduced. I’m on the fence over this change as it’s nice to be able to properly maintain the loadout without having to corpse run into odd situations but at the same time I enjoyed the ability to pickup almost any weapon and the entertainment that could be drawn from stealing items from teammates. 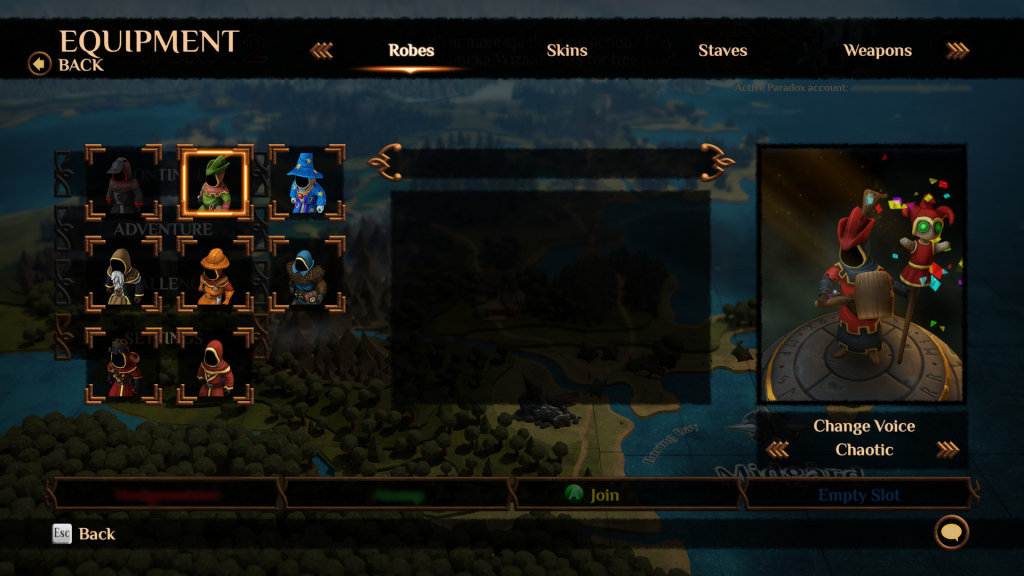 Speaking of teammates, Magicka 2 is much like its predecessor in that whilst it is possible to play by yourself, you’re not going to have a good time. The Magicka series is co-op down to the core as having even just one more additional player will introduce so much new and novel gameplay that you’ll struggle to go back. Luckily unlike other co-op ventures two people can play the game very enjoyably, I’m playing with the same person that I completed Magicka 1 with so we’ve already got some neat tactics down. The inclusion of local co-op and controller support may also be an interesting addition as it both lowers the barrier to playing with friends and introduces a new and interesting way to play through the game with friends. I would highly recommend playing with friends, although depending on the kind of person or friend they are the friendship could come to a screaming-explodey end as team-mate trolling becomes a sport.

Whilst much of what made Magicka 1 a really enjoyable game to play has been continued in Magicka 2 there are a couple of little stumbles, although nothing that will stop me from calling this a fantastic title. Beyond some of the system tightening and subsequent quirkier bugs is the writing, which I’m not entirely impressed with. The story and dialogue were just better in the first, although that may have been the key cause of this particular failing in the second: Magicka 1 had already picked the low hanging fruit or memes, popular culture references, silly jokes and satire leaving Magicka 2 the choice of meagre pickings among what’s left or risk being repetitive. I understand that this was probably quite a difficult decision and I’m sure that I wouldn’t have wanted to make it, but as it is the writing and dialogue especially is weaker than the first game. That’s not to say that the humour in Magicka 2 misses the mark entirely, it gets a little smile more often than not where the silliness of the original could and often did instigate laughing out loud. This is partially redundant as with enough co-op partners the story and dialogue will get skipped quickly and the laughs will stem from the inevitable friendly fire incidents and “accidents”. I think this all adds up to a combination of factors that harm the writing a little, the focus here seems to be very much on the gameplay which I’m fine with and there’s replayability built-in too but the harm is done when combined with the absent low-hanging fruit. I would like to reiterate that this in no way makes Magicka 2 a bad game, it just means that you should play the original as well, for the story and the humour perhaps at the expense of stability and a bit of system quirkiness. 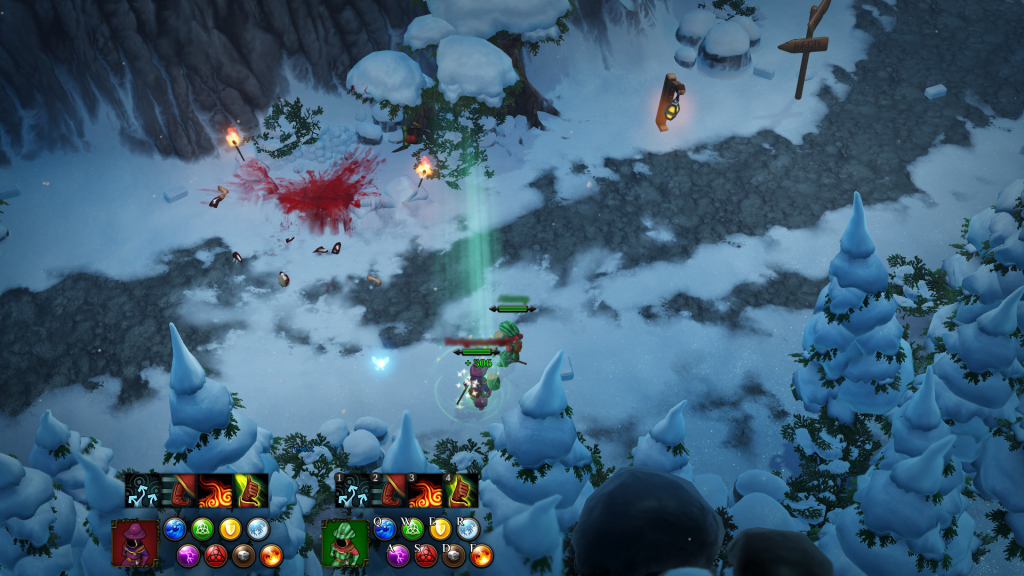 The game looks much like its predecessor, if not a little more polished. The colourful cartoony aesthetic complements the general silliness and cartoony content and violence of the game, with gore being present but far from harrowing. The system requirements are not excessive and the general stability has seen huge improvements compared to the original, especially in the netcode which was a sorely needed fix. Steam lists the system requirements as fairly low however I’d recommend at least a Core i3 or above and a “reasonable” GPU. (I’m not sure how laptop friendly this will be). Memory requirements, meh, the minimum specification lists 2GB so maybe that, but really who (that wants to play Magicka 2) is running 2GB nowadays? Hell, Windows is such a bulky mess nowadays that it’ll chew through a big chunk of 2GB all by itself. Speaking of Windows, Magicka 2 is unfortunately available on Windows only with no Mac or Linux versions, which is a bit of a shame. In conclusion despite the minor shortcomings that Magicka 2 has I can still highly recommend it, especially if you had a great time with Magicka 1. Yes, the game is different to the original, there’s more of a focus on polished systems design, gameplay and replayability at the expense of writing and dialogue but guess what, that still makes it a fun game to play and the laughs will still come spilling out in the form of ridiculous situational comedy. Currently the game will cost you £10.99 (approx $17.00) on both Steam and the Humble Store, so as ever I recommend the Humble Store.

Magicka 2 on the Humble Store: