It’s finally come, the Kerbal Space Program (KSP) release date. Looking at my back-catalogue I realise that I’ve covered KSP a few times already, and not without good reason. The game represents one of the best games/educational toys/sandboxes/mod-platforms to be made ever and it is also the shining poster-boy for Early Access done right. KSP was Early Access before Early Access even existed, following in the footsteps of the likes of Minecraft in offering pre-release versions throughout the development cycle, both before it was on Steam and once on Steam in the Early Access scheme. I’ve played KSP for a long time and covered it in these articles since near the beginning, my current Steam playtime on KSP is almost at 300 hours with probably a few more outside of the Steam release. This is no small amount of playtime, especially for a game that was technically released just two days ago. This update, bringing the game up to the vision that SQUAD initially had, is one of the most significant its ever had with some fairly big changes. 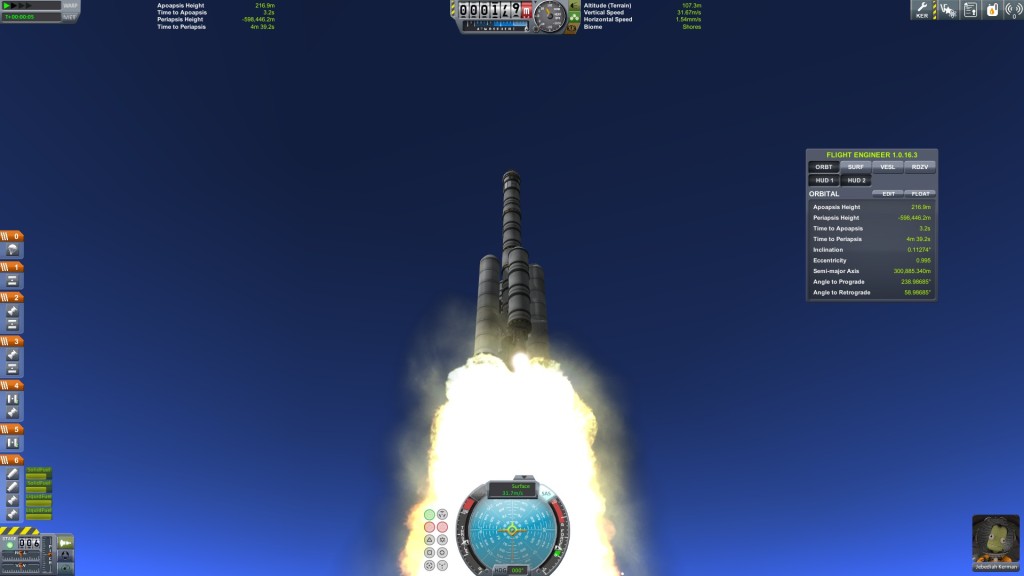 Firstly it’s pertinent to address one of my gripes with the last few releases: the money aspect of the career mode. For a great deal of time this mode felt troublesome compared to the purity and fun of the science update prior to it. I felt that in prior incarnations it merely acted to stifle creativity rather than encourage it, now however it is balanced a little more to my taste. Opportunities for monetary gain is more available and is done in such a way as to encourage creative engineering in order to maximise profit on launches. One of my personal favourite additions is the tourist missions which in early game require interesting, novel and importantly cheap solutions to getting kerbals suborbital or orbital. I find great entertainment in the Easyjet tactics required to maximize the profit on these launches, essentially reducing the rocket down to the fundamentals required, just a stack of capsules strapped onto a booster or series of boosters and pointed with the flamey bit aimed at the ground. I can’t say that this is space tourism as I’d personally like it, but it certainly is interesting. I’m also become a fan of the unmanned contracts, which often require just a short time within the target orbit. This caveat on many of these missions mean that an adequately fuelled and equipped probe might be able to complete multiple contracts in one flight. I feel that the overall balance between the sciencey-exploration bit and the money making bit is just right with the money making ventures almost acting as a separate entity useful for funding the more interesting exploration. I also find myself using different rocket designs for these two purposes, which again is interesting as the engineering tricks from either pushing the boundaries of the technology or running it as economically as possible reinforce each other. In essence I’m going to go out on a limb and say that this particular problem with the game is fixed and hasn’t stopped me from advancing at a reasonable pace in a new game, not that my new-game experience is like that of a newbie to the game. (I was rather pleased with my Mün lander which then went on to land on Minmus as well because it had the delta v, so why not? Yay for building beyond specifications). 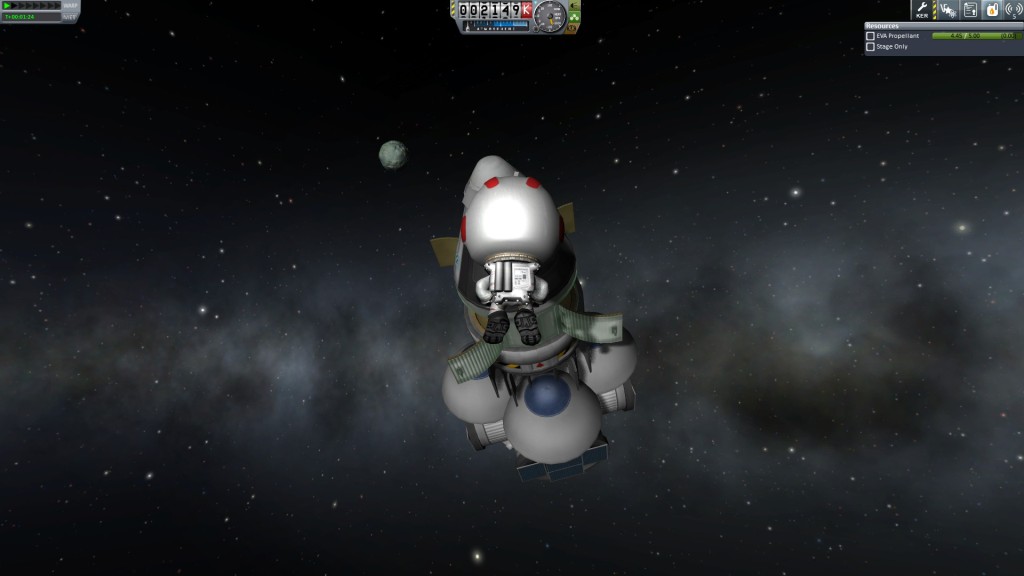 The next major change, and it is major, is to the aerodynamics modelling. Previous incarnations of KSP had frankly awful aerodynamic modelling with a soupy thick atmosphere which allowed certain designs to glide indefinitely and re-entry modelling with no heat or damage consequences. For pretty much all of my KSP play time I have used mods to fix these aspects, namely the Deadly Reentry mod and the Ferram Aerospace Research mod (FAR). FAR adds fully realised aerodynamic modelling and damage to KSP whilst Deadly Reentry modelled reentry effects and heating. The two in tandem worked to produce a much more convincing atmospheric (literal) experience. The new changes made to KSP 1.0 mirror these mods to some degree although their effect is not absolute and it is altogether a far gentler experience than the mods offered. This is to be expected as FAR and Deadly Reentry can be rather unfriendly to newbies as a bad reentry angle or high speed turn will likely reduce your craft to a series of bits moving roughly along the original vector. The mods will still work, and I’d expect them to updated to the new version within a week if they aren’t already so the hardcore experience is still available to those who want it, I think the more forgiving implementation in vanilla was a wise decision on the part of SQUAD. In addition to these bigger changes are a series of part additions, mostly in the aircraft section. Along with this the research tree had been rearranged to more accurately integrate these new parts. Something that always bothered me a little about KSP was the way jet aircraft were such a late technological development whereas in reality they developed alongside rocket technology in the post-war era. The tech tree is now updated to reflect this and combined with the new aerodynamics the vanilla aircraft experience is very pleasant. 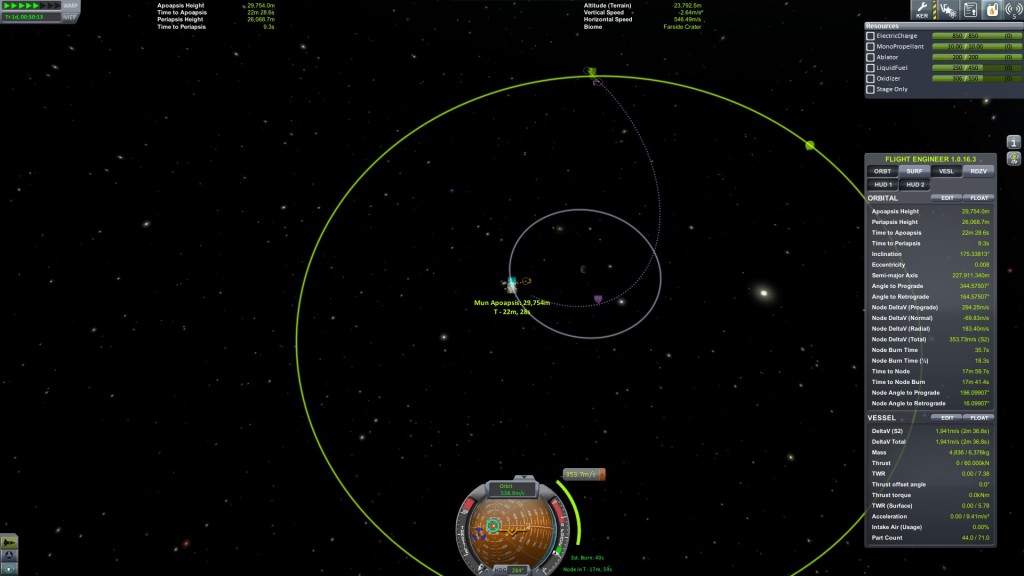 [Don’t worry about the big list of numbers down the side, it’s a mod offering more detail.]

All things considered the release version of Kerbal Space Program is rightfully the best version yet, fixing many of the little niggles that I had with the game and adding even more content. Something I’m eagerly anticipating is having the vast amounts of fantastic mods updated to the new version ready for a post-vanilla modded playthrough. This strength of KSP has remained and is the modding community is as active as it ever was, hopefully bringing these mods to the release version as soon as possible. One small thing of note is the complete removal of 64bit builds from the Windows version (and possibly the Linux version, I haven’t checked). The 64bit build was always iffy although it did open the game’s modding potential and I hope to see that return as the game matures post-release and possibly begins to integrate newer Unity patches.

System requirements remain mostly unchanged since the pre-release versions, they aren’t significant but you’re not going to have a great time trying to run it on most laptops. The game is available on Windows, Mac and Linux for £29.99 (approx $46.00) although it’s currently 25% off, making it an absolute steal for what you get. I cannot recommend KSP highly enough and if you’re still on the fence check out some Youtube videos or my numerous other articles covering the game’s development.