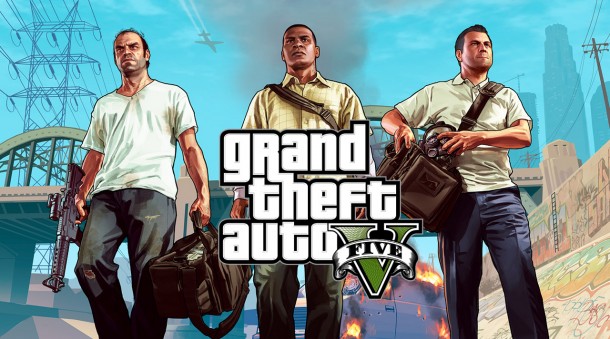 At long last, it’s here, GTA V on the PC. I’ve had the game for some time on the PS3, however I lost the ability to play beyond a certain point on the single player as that same PS3 was requisitioned for use as a media-centre. I’ll have more to say on the single player later hopefully, but for now much of my play time on the PC version has been on something I never touched on the PS3: Online. Something about Online feels a little more like older GTAs, I think because it allows the player to immerse in a single character unlike the single player which jumps around between playable characters as the story progresses. GTA Online was something of a no brainer to be frank, the potential for multiplayer silliness in the large open and dynamic worlds of GTA has always been significant, only now it’s actually been realised.

Starting Online consists of character creation which uses an interesting initial randomisation process in having the player decide the parents and as such the genetic material. From there the character creation is your standard fare, although it’s nowhere near as open and free as the Saints Row character creator. From there the game gets a little strange when compared to what you’d expect from most multiplayer games. Rather than a server list the player will be thrown into a random instance/server, or alternatively the player can choose to spawn in an instance with friends or crew (read: guild) members. The result of this is generally a great deal of time spent staring at utterly uninformative loading screens. These are uninformative on the same level as those ridiculous new Windows 8 BSOD, in that you’re lucky if you get a message to go with your spinning thingy widget and even that message is likely to be vague and ambiguous. It seems like a minor complaint, but dammit is it a pain to get into an instance with a friend sometimes. When playing with a friend we also came afoul of the tutorial which I managed to skip and jump clean into the game with but my friend accidentally started which triggered a series of very difficult to escape tutorial series. Why Rockstar couldn’t have just decided on a more conventional server-list and connect system I’m not sure, although the sceptic in me assumes it’s something to do with the game’s console peasant heritage. Server lists are not to be found in the magical world of console P2P matchmaking lobbies and I guess Rockstar figured that such an advanced software development would scare and confuse the peasants back to Call of Duty. (These comments are only partially tongue-in-cheek). This all necessitates a third-party launcher and service in the way of the Rockstar Social Club, which whilst I’d rather have Steam-works is actually fairly harmless. Compared to the horrific Social Club/Games for Windows Live amalgamated steaming pile of turd that GTA IV was lumbered with on PC it’s an absolute joy. (I’m so so glad that GFWL is dead, and you should be too). 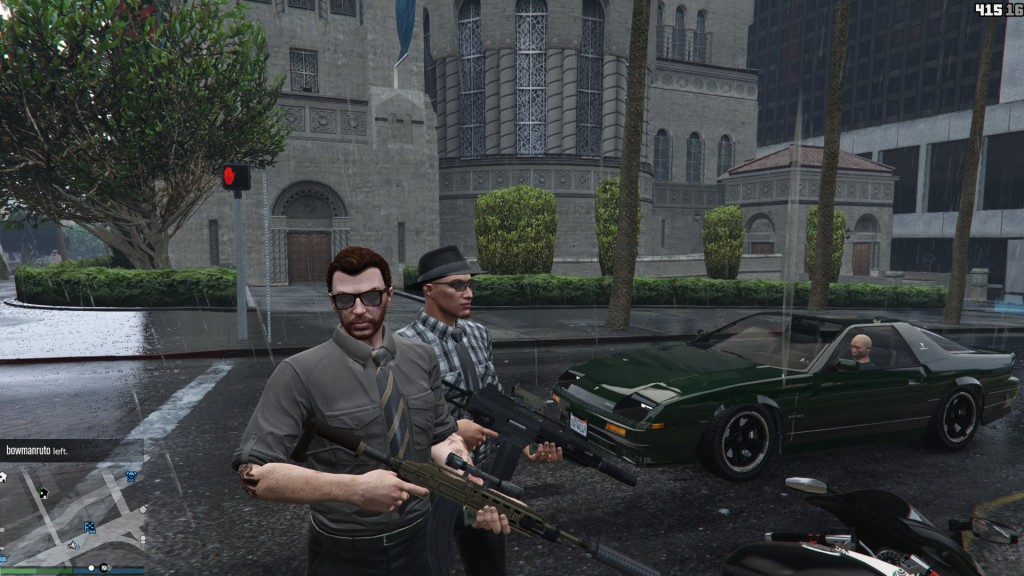 Once in a game though the experience is substantially better. Homes and properties are instanced, allowing you and your friends somewhere to hide if need be. There are interesting methods employed in an attempt to declaw trolls. Killing other players and generally being an excessive nuisance will raise your “mental state” which makes you more visible on the map and mini-map and I suppose in theory presents you as a more obvious target for other trolls. This also allows retribution to be dealt easier, as you target will more often than not be rather obvious to you and everyone else. This doesn’t exactly stop trolling and there are still instances of people being idiots for now reason, but I appreciate the effort. I’d also like to take this opportunity to soap-box the issue of kids playing GTA: Parents get your kids off GTA, I don’t really care about your nasty little spawn, but you need to parent it up a bit as I certainly don’t want their annoying pre-pubescent screaming in my ears on a game they absolutely shouldn’t be playing. Just because you can’t figure out that you’ve got a young impressionable human being to take care of doesn’t mean that others should have to suffer for your borderline child-abuse.

Whilst the classic pissing-about gameplay is most certainly present in GTA Online, and still a great deal of fun it will inevitably get old. Rockstar therefore have littered the maps with a variety of races, missions, deathmatch modes and other such goodness. The races are a great deal of fun, especially the flying races which fully take advantage of the capability to hotswap between controller and mouse and keyboard. The missions are often smaller missions (more on heists in a bit) and the deathmatch modes can be quite entertaining although don’t always trust the two player minimum requirement. These missions and races earn you money, RP and JP. Money, is obvious and is used to buy things in-game, RP is used as a character levelling mechanism essentially acting as experience points. As your character levels more store items will be unlocked as well as certain jobs and the spawns in world will also change. This functions somewhat to limit the potential for pay-to-win as money can be purchased with real-world money but RP cannot. JP are Job Points which at this time are only used to determine tie-breakers, and are therefore pretty much useless. The other type of job available is the heist: These are a series of missions following a narrative whereupon a group of players work cooperatively to prepare and execute a planned heist. This is essentially a series of missions with a big payout and a narrative, whilst I haven’t played one I’ve seen enough footage of them to know that if you have the co-op team to do them they can be a great deal of fun. Or you can play with pubbies and have a horrible time as a lack of communication and coordination reduce the missions to a charlie foxtrot.

I’ll talk more about the PC port of GTA V when I cover the single player in another article, however for now be aware that it’s actually a very good port and was worth the delays. Overall however the experience of GTA Online is an interesting one with many of the frustrations seeming fairly minor once you’re actually in the game and messing around having fun. Considering it’s also bolted onto the single player it would be unfair to judge it completely in isolation, however as an entity it is unique and entertaining to spend some time in. Yes there are long loading screens, weird server handling and an abundance of pre-pubescent trolls but they do tend to fade into the background and are probably unavoidable anyway. My final conclusions will be in the article covering the single player.