I sat down this week to write a review and once again came across the issue of having very few games since last week, in fact I’ve barely played anything at all which is truly a sad state of affairs. What I have played is too small an amount of Hotline Miami 2, a smidgen of Cities: Skylines and some messing around with Arma 3, so I figured I go with option C and cover some of the recent updates and optimisations… however when I went to open up my original Arma 3 review it occurred to me that I haven’t actually done one. I now fully intend to right this wrong and write this review, as I’ve played no small amount of Arma 3 and it is certainly worthy of mention.

ArmA 3 is a hardcore military simulator built alongside Bohemia’s actual commercial military simulator VBS. This is not a Call of Duty or Battlefield and represents probably the most brutal and realism driven experience available, short of heavily modified versions of Arma 2. The core of the game is the engine, with everything else including the single player campaign being built upon that. The advantage of this is that the game is very flexible as included with the purchase is a fully functional map and mission editor, giving the player the exact tools that the developers used when making the showcase missions and campaign. This essentially presents the player with the choice to create any mission that they can imagine, whilst avoiding the spoiler potential by harnessing probability options in the editor.

The single-player campaign is set on two Mediterranean islands, Altis and the much smaller Stratis clocking in at 270km2 and 20km2 respectively. Set in the near future Arma 3’s campaign is based around a fictional cold war brewing between a coalition of developed Far Eastern nations and the struggling West, with an economically battered Europe stuck in the middle. The Arma series hasn’t done future warfare before with Operation Flashpoint choosing the Cold War and Arma 1 and 2 picking the current time period, however the near future setting is rather interesting in what it brings to the table. The first noticeable aspect is the relatively un-squishiness of people whom are pretty much all equipped with high quality body armour, combined with the very advanced ballistics simulation enemies have become something of a bullet sponge. The US weapon set follows some current trends, being based around modular small arms design using caseless intermediate rounds, reflecting weight and stopping power feedback from current operations. The other factions also have fictional weapons reflecting their own levels of technological and industrial capacity, offering a wide variety of weapons. That variety is actually expanding continuously as Bohemia continue to iterate on the engine and add official paid DLC in a Crusader Kings 2 style.

A significant improvement over Arma 2, and an important change to weapons and gear is the new inventory, gear and modular weapon systems. These allow the player to take armour, clothing, kit bags, webbing sets, ammo, grenades, weapons, etc on-the-fly. This system also allows on-the-fly swapping of weapon accessories, allowing you to have a single weapon useful for suppressed CQC as well as loud ranged fire with just a swap of the sights and suppressor. This is all modelled into the weight and stamina system, meaning that whilst the prior statement is possible, you’ll tire quickly, move slower and suffer aiming penalties. These sorts of things have been present in prior Arma games, however they are considerably more usable and polished in the latest iteration. 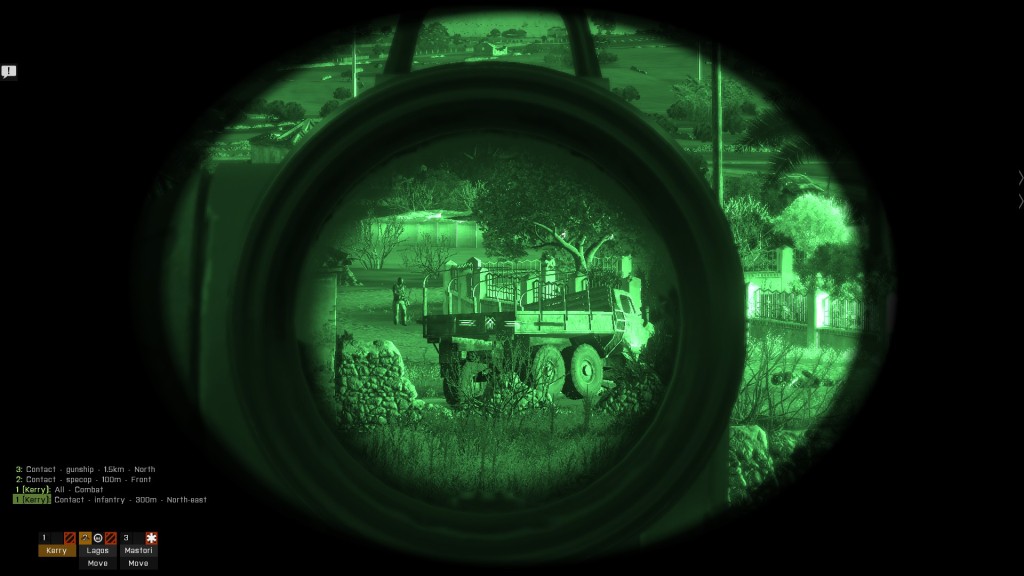 In addition to standard infantry combat the game also offers a variety of land, sea and air vehicles. These can be used to create large combined arms missions, or just very specific air-assault missions, tank assault missions, etc. Vehicle variety is reasonable although it is improving as Bohemia continue to release DLC, and the vehicle simulation also improves, for example the helicopter DLC that they recently released improved the flight model. This dedication to continued post-release support puts Bohemia up there with the Paradox development wing.

It’s not all peachy however, during the campaign I can safely say that without fail (and this is not new to the series) the friendly AI will cause me significant stress and irritation. In fact rarely has AI drawn as much shouting and swearing as in Arma. They will stand in stupid places, run each other down in vehicles, run into both friendly and enemy fire, get shot for no damn reason… the list goes on. Dealing with the Arma 3 AI is a lot like being at work, they need constant supervision and baby sitting. I understand that the AI must be difficult in a game as massive as Arma 3, however they’ve had four games in which to improve it and whilst it has improved a little, it’s still far from fixed. 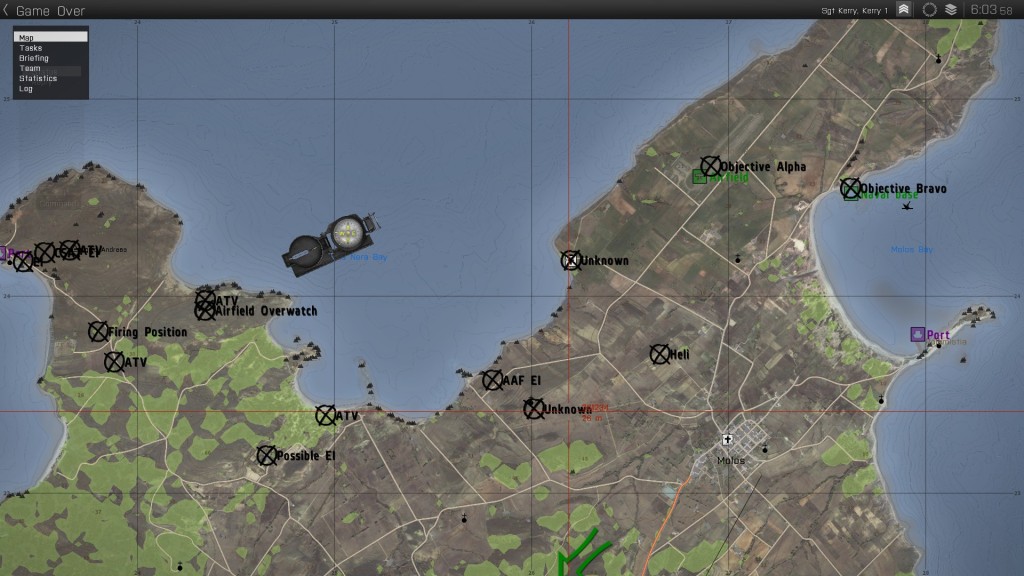 Arma has a long history of modding, and Arma 3 is no different with the developers actively supporting modding with tools and good Steam Workshop integration. I haven’t modded the game too heavily yet, not compared to some of the modding experiments in Operation Flashpoint at least. I can say however that the modding support continues to be stellar and that if the prior outings are anything to go by a combination of dedicated support from Bohemia and modders will give Arma 3 a very long life indeed. There is also extensive multiplayer support, however with Arma multiplayer I’d rather watch ShackTac videos than actually have to interact with the general gaming public, so I really can’t comment on the multiplayer.

The system requirements for Arma 3 are, well, they’re rather taxing. Arma 3 along with XPlane are the only games that I can think of that I would consider upgrading my system for. Considering how good the game looks and the sheer scale the performance is actually surprisingly good on a reasonable system, so it’s really not as bad as some will have you believe. (That’s what they get for trying to run it on a potato, maybe they should give up PC gaming and go and sit in the mud playing Xbox with the other peasants.) The current pricing for Arma 3 is £35.99 (approx $53.59), which is quite expensive. This does include the entire single player campaign, multiplayer, access to the mission editor and the chance to play with a wide variety of mods, so maybe it might just be worth it if it’s your thing and you’ve got the hardware. 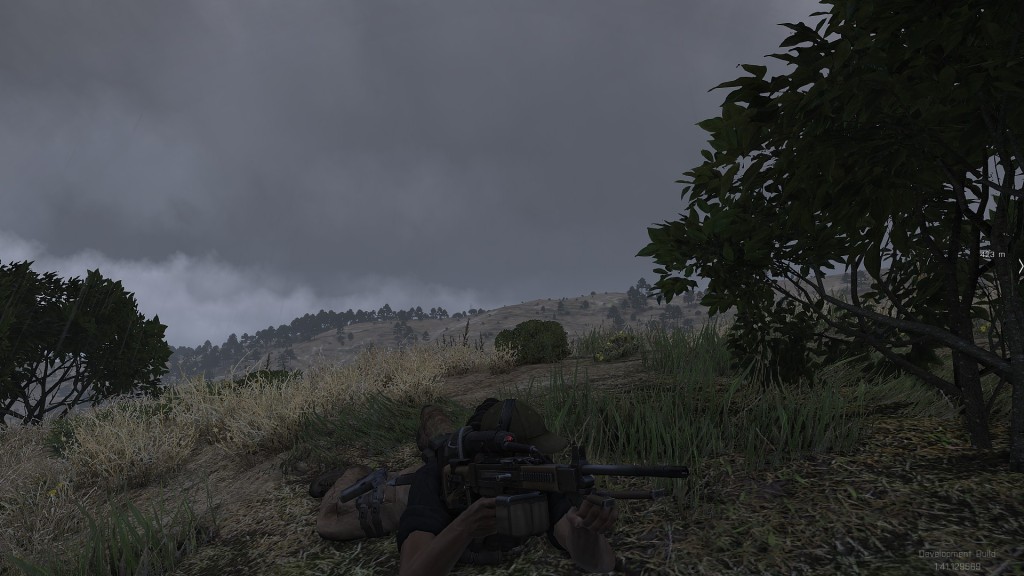