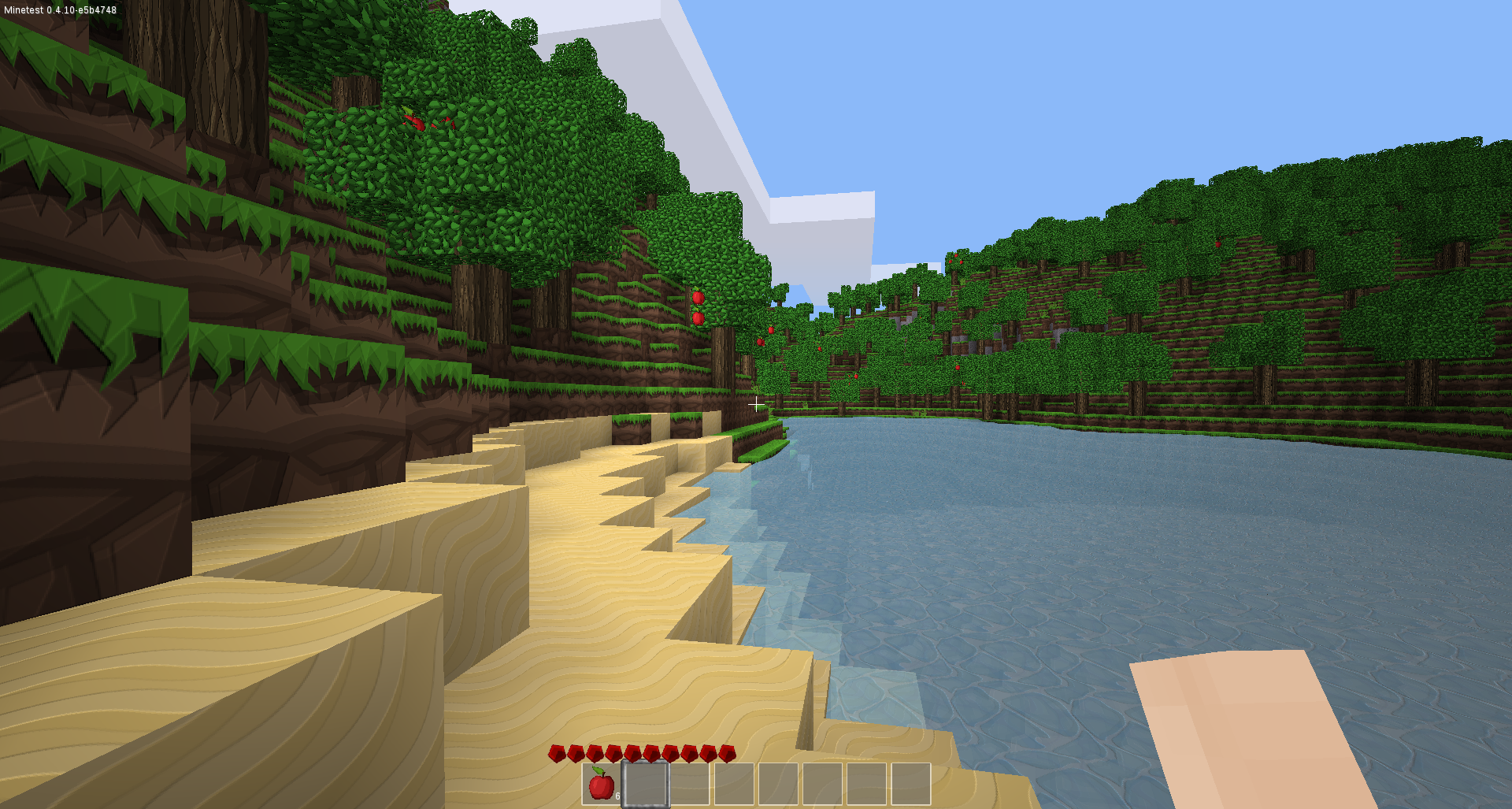 What with the unveiling of the rather unfortunate news that Minecraft creator Mojang has been bought by Microsoft for $2.5bn it could well be time to reconsider positions a little on what is probably my most played game… ever. This is a preview of Minetest and not an opinion piece on that acquisition however with that said I will talk a little about it right here. The fact that Notch sold up isn’t bad, it’s just the company that he sold to which is the problem. For the longest time Minecraft has represented the power of indie development and community creativity and openness without financial constraints. Mojang haven’t always gotten it right but that didn’t matter as they were open enough to allow the community to pick up from where they left off. Now we’re in a situation where Microsoft, a company that is in no way shy of its ever decreasing freedoms and its awful history in gaming has to attempt to extract $2.5bn+ from a franchise that to be honest has probably already reached saturation. Minecraft doesn’t need a sequel, what it needs is what its been getting; content updates that will keep players engaged and an ever improving approach to modding allowing for custom content. This has been a sweet deal for some time now as Mojang dropped some of the many millions in Minecraft profit on improving the game and hence the community relationship, the problem with this is that there is no way in hell you make back $2.5bn investment with this model. The model is a very indie game developer model, low costs and huge income allowed Mojang to operate in a manner that a profit hungry investor driven company like Microsoft couldn’t even imagine. So we come onto Minetest; an open source project aiming to create a Minecraft-like game. I’ve tried this in various stages of development and at this point it is certainly an interesting and fun creation.

First of all its worth mentioning many of the advantages that Minetest has over the obvious comparison; Minecraft. Minetest is written principally in C++ which does away with the major performance problem that Minecraft suffered; Java. The fact that Minetest is not operating through a layer of Java and is instead running entirely natively means that the game has some significant performance advantages over Minecraft. Minetest is also entirely open source which is a bit like having the modding potential of Minecraft but ten-fold. I haven’t exactly been playing the vanilla Minetest that much, instead I’ve been leaning towards a more survival orientated ‘improvement’ conversion called Voxelgarden. That’s the beauty of having the project open source; rather than modders having to work around constraints and obfuscated code they can take the source and change anything they like, down to the very core components.

The gameplay of standard Minetest is much like Minecraft was in the beta stages. There is no hunger system yet and whilst the world generation is huge and there is a good variety of content, it’s not quite as bulked out as Minecraft is now. This is to be expected as Minetest is a much less mature project and these things can and probably will be added in time. One element that I eagerly anticipate is the addition of mobs, the game lacks the ‘night is dangerous’ element that early Minecraft did. Voxelgarden, the improvement flavour that I’ve been playing takes things in its own direction. It adds a hunger bar much like newer Minecraft, however there is a rehash of classic recipes to make survival a little harder and more challenging. The inability to punch down trees was by far the greatest shock coming into it, apparently it’s necessary to collect sticks from leaf blocks and combine them with rock blocks from the floor (not cobble as that can’t be punched either) to create an axe. This was a fun experience and was startling like playing modded Minecraft as it had me rethink various established tropes from Minecraft.

Aesthetically the game looks good. Whilst the textures may not be as polished as Minecraft (although Minecraft textures aren’t anything to write home about) they are functional and the game supports texture packs. These are easily installed merely by placing the pack in the textures directory and selecting them from a menu. I’m personally a fan of the Sphax texture pack, but then I enjoy that in Minecraft and Delver too. Graphically the game can scale very well, it supports on the fly render distance alteration and has a variety of graphics options that can be found in Minecraft such as 3D clouds, smooth lighting and such. It also includes options only found in Minecraft with mods such as waving trees, plants and water and anisotropic filtering. As I’ve said before, the game scales better than Minecraft thanks to running natively without a JavaVM in the way so the system requirements at the low end are lower than Minecraft with the game being playable on the likes of a Core2 Duo and the like. This is refreshing and could turn Minetest into my laptop Minecraft, as whilst the laptop can handle Minecraft it does get a little hot and bothered doing so.

Platform availability is fantastic with builds available for Windows, Mac and Linux, which also includes an actual 64bit Windows build, something that’s annoyingly rare. There is a rather tentative Android port which is apparently somewhat buggy, I have not had a chance to try it out yet. In terms of cost, well it’s free and open source software so if you have even the slightest interest then it’s probably worth grabbing a copy. If you do find that you like the game then I encourage you to donate or if you know C++, perhaps contribute to the project. Other than that, this could represent a Minecraft-a-like that has a future free from any malign corporate influence, micro-transaction bullshit or platform lock-in, and that’s got to be something worth looking at and supporting.