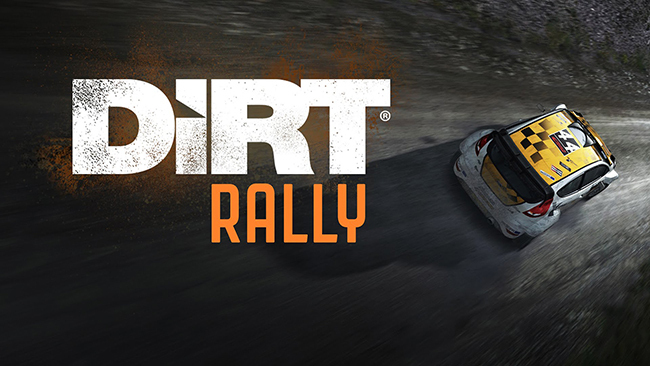 Colin McRae Rally on the Playstation was and still is a fantastic game and in many ways DiRT Rally feels like a continuation of that original experience. Whilst I enjoyed the DiRT series, after the first iteration I felt that the focus of the game was beginning to drift a little away from the purer rally experience that was the most compelling aspect. There’s something about belting along a gravel track at 70mph with trees shooting by on both sides that’s rather exhilarating, and DiRT Rally brings back that feeling by the bucket load. This is a game where a particularly long stage will leave me with an aching jaw from clenching my teeth together in concentration, and it’s great. Currently in Early Access, DiRT Rally shows an interesting departure from what is generally a triple-A release type for the series. The game is a PC only Early Access game with a focus on rally simulation so I’d imagine that it has a very specific audience. This new direction is something of a curve ball and I believe that I’m not alone in being a little surprised but pleasantly so.

The gameplay is proper rally simulation and it’s hard, like properly hard. Let’s start with the tracks: These are amazingly detailed with pretty much everything modelled down to individual puddles and all of it can and will affect how you drive on it. The expected surface simulation is there with gravel, mud, tarmac, etc. feeling appropriately slippery or grippy, but this is also in addition to that detailed modelling. The smallest little rut can cause far more trouble than you’d expect, knocking your entire car into an unexpected slide or tumble. This makes keeping an eye on the track and surface hugely important, as it should be. My personal favourite of this is the Welsh tracks, but that’s always been the case. I thoroughly enjoy the surfaces involved in the Welsh tracks with the combination of gravel, mud and trees. The screenshots for this review will principally be from the Welsh tracks as a result. I haven’t yet tried out much beyond these Welsh tracks because, really, they’re what I’m there for. This detailed track modelling translates very well into the hotter and colder environments. There’s weather and day/night implemented which when creating custom races can be selected to make the experience more interesting. Rainy nighttime is some of a significant challenge as the traction and behaviour of the stages changes significantly according to the conditions. 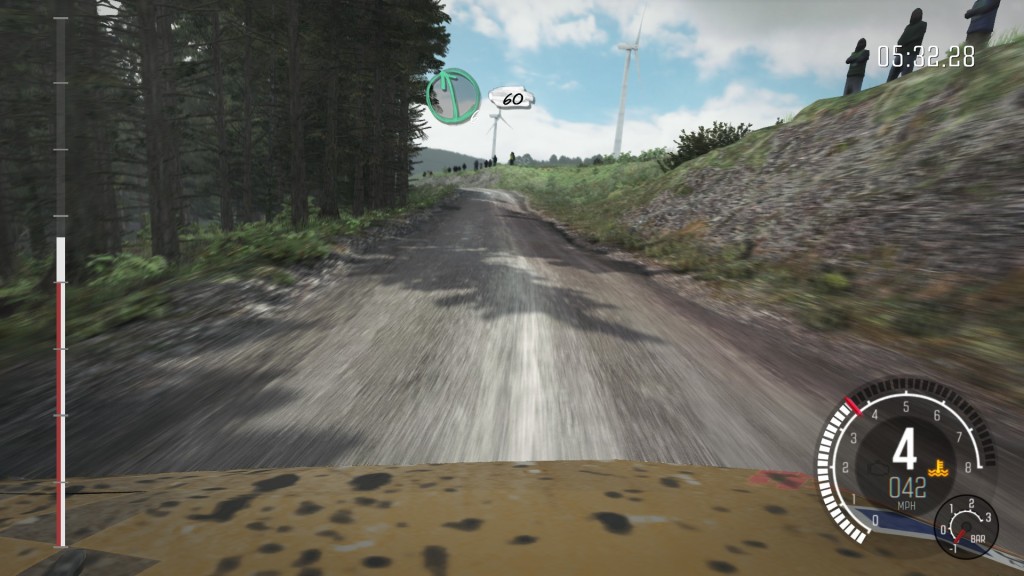 The car handling is, of course, as important as the track modelling and it’s good! The car selection is varied, even at this current stage of Early Access. The cars range across time, meaning that there is a good variety from across the history of rally, everything from Mini Coopers to the 4WD Ford Fiestas. From what I’ve read the driver assists are physics based rather than arbitrarily applied in difficulty settings which offers an insight into the general attitude of development: Establishing as much of the game simulation as possible within a consistent physics engine and then running alterations through that engine, making a unified game that’s realistic not because of underlying code workarounds but because the mechanics are all acting within the same system. As a result, the cars all have very detailed customisation and configuration options as well as a detailed damage model. On the game modes discussed in more detail below, this damage model becomes a key part of the gameplay rather than just being a gimmick.

The game offers a variety of modes with the single player focusing on the progression based career mode. In this mode the player has a pool of money with which to buy vehicles and upgrades and then race them on championship-like events whereupon they can earn more money. The result of this is a steady and balanced progression as only older and slower cars are immediately within the player’s price range. As the player wins with these cars they earn enough to either upgrade or buy newer and more powerful vehicles, essentially buying into a higher and harder tier of racing. This is an effective method of drip feeding content and controlling difficulty progression. As stated briefly before, the player can set up custom events at will, which can be any car one pleases, essentially allowing the throwing of modern rally cars into trees, bushes, rocks, fences, gates, cliffs and onlookers without necessarily requiring massive amounts of effort for the unlock. 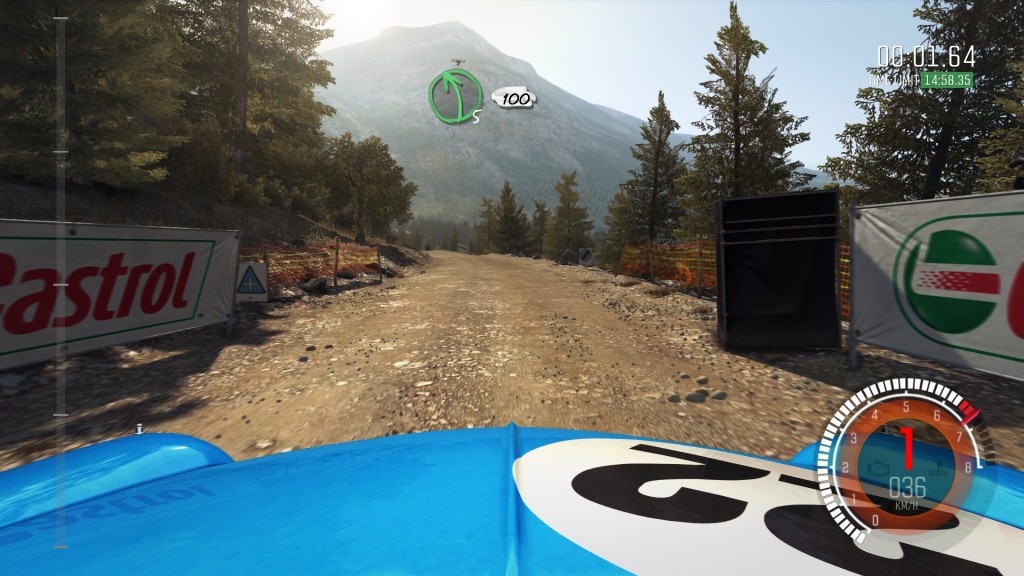 Graphically the game looks damned good. The attention to detail on the physics engine doesn’t just produce a good simulation but also a very pretty one too. Take for example the droplets of water on the bonnet (hood) of the car, or the small remote controlled drone flying over the start line or the really very nice lighting effects, or just the right amount of lens effects… this is one good looking game. This game makes me wish for 4K in a way that many haven’t yet, just because the potential for detail would be astonishing. DiRT Rally of course, has the staple of modern racing games: a replay system. This is a great addition and allows for the full appreciation of the graphical fidelity. Coupled with the great visuals is some brilliant audio, which in most cases gives as good an idea of the surface as what the player can see. The sounds of gravel getting flung around up inside the wheel arches and such or the loud squeal of rubber on tarmac, it’s all there and convincing. Played from the bonnet (hood), view which I prefer, these sounds are brilliant and add to the overall immersion of the game. 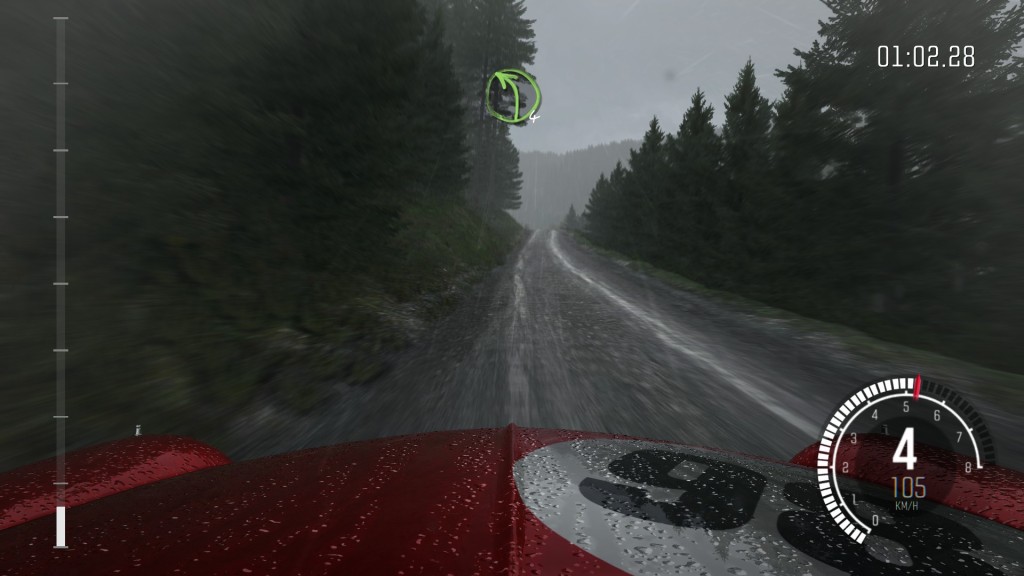 Really then this game is the rally game that I’ve wanted since DiRT, and I gather from the manner in which this is being developed and released that I’m not alone. DiRT Rally really feels like a labour of love, a very specific type of game being made for a particular audience to the extent of integrating that audience into the development process through Early Access. The system requirements are fairly high, and I’d say that you should possibly throw all that you have at the game, maybe a good Core i5 and an Nvidia GTX 6xx or 7xx series or later. I was playing on a Core i7-3770k (turbo clock at 4.5GHz) and an Nvidia GTX660ti and managed good framerates on ultra settings at 1080p, so I’d say that’s probably a good midpoint in terms of hardware requirements. Currently the game is £25.99 (approx $40.00), which is likely to increase as the game edges closer to completion. There is easily £26 worth of content already in the game and with the promise of more to come later, this is a worthwhile and pretty much risk-free Early Access decision. I’d say if you have any interest in rally or racing games, this is a definite pickup. On a side note, this is probably amazing with a wheel and pedals, but I still have a blast with just an Xbox 360 pad.