Crest is an interesting game and one that has managed to fly under my radar for some time, surprising considering it’s a crowdfunded indie god game with some very cool ideas. Let us first dismiss thoughts of that other crowdfunded god game, which perhaps I’ll revisit one day, this is not that game. Crest is being developed by a small team and managed to finish its Indie Go Go campaign in September 2014 with $21,964, 107% of their intended goal. Despite missing the campaign myself, I can see from what’s on the Indie Go Go page that this was a well constructed pitch with a detailed development plan, costing and a working prototype. Note that down as a very good start, and from what I can see the development since then has been steady; with good progress updates and strong community interaction the developers seem to be continuing this strong start. This is crowdfunding done right and I love to see it, the strong and successful pitch followed by a communicative and responsive development period afterwards is where this method of funding thrives. Giving smaller creative indie development teams like Eat Create Sleep the chance to realise new and innovative game design is fantastic and a strong counter argument to the crowdfunding naysayers and high profile flops.

Crest, as a god game, gives the player a god’s-eye view of a procedurally generated island with a simulated ecosystem and some human followers to boot. This procedurally generated ecosystem is very interesting and lend the game much of its dynamic nature as a relatively simplified game of food, prey and predator is played out across the island. Your followers will interact with their environment, searching primarily for food and metals however they might not, or the distribution may be uneven, or your followers may be in the wrong biome for resources… what is a god to do? Well, Crest takes a novel approach to these issues in not giving the player direct control but instead having the player write commandments. These commandments are simultaneously one of the coolest, creative and most challenging aspects of the game. The problem with dealing with commandments is the nature of their medium, language. This presents both a gameplay element and a development challenge, as the whole concept of controlling through commandments with ambiguous meaning presents a very creative and interesting gameplay element but also a significant development hurdle in attempting to ground that language within a playable and understandable syntax. 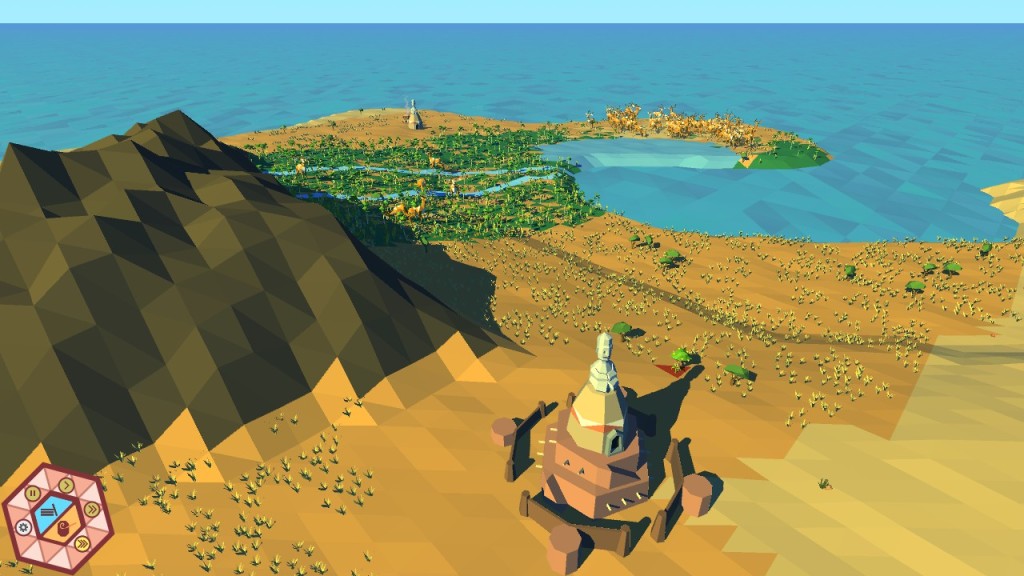 What the developers have done to overcome this linguistic ambiguity is to use a symbol based language system with a relatively simple syntax. The language when interpreted by the followers is appropriately vague, with fuzzy definitions of meaning that lead to the (mis)interpretations that the game is astutely attempting to grasp as an aspect of the simulation. The result for the player is the building of commandments using slightly obtuse symbols, which whilst not overly difficult alone represent a challenge in understanding when combined with the less clear connecting symbols. For example the difference between “perform a certain subject” and “prioritise a certain subject” is quite difficult to tell and a mis-understanding on either side can lead to some strange consequences. My example of this is my commandment that I thought meant “Well fed help the starving”, but which actually resulted in the well fed eating the starving. Whilst I appreciate the value in having a degree of ambiguity in this, perhaps the differences between the likes of “perform” and “prioritise” could be communicated a little more clearly. It’s a small complaint as a short period of experimentation will generally give the player an idea of what and how anyway, but it’s that initial confusion between those two connectors especially that confuse the syntax initially. 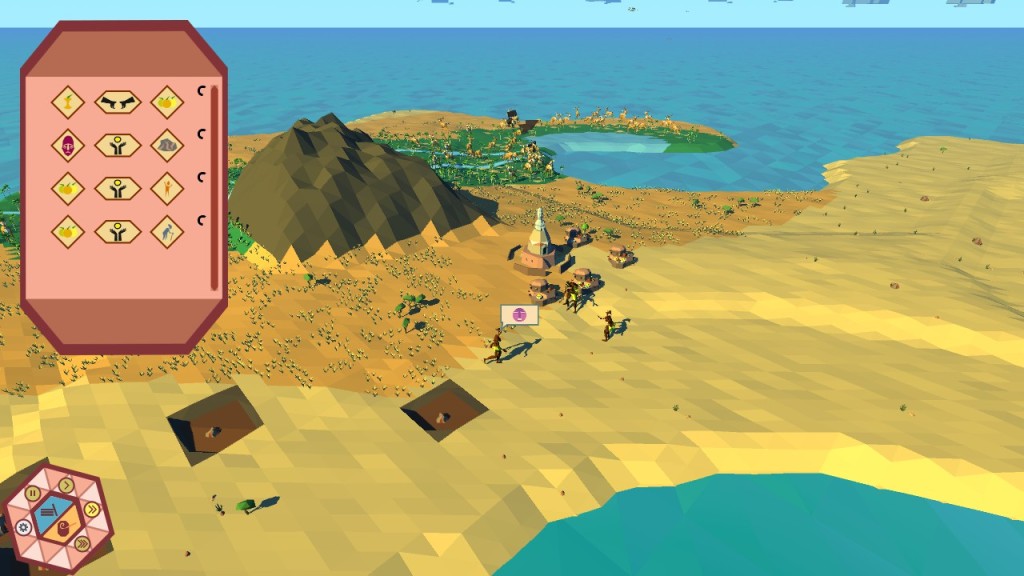 When researching around this game I stumbled upon some livestream footage of the developers answering questions on the game and playing it, this was a great thing in terms of answering questions that were perhaps a little less clear in the tutorial. If they could take the information taught in that brief time of play and integrate it into the tutorial, then the initial confusion may be lessened. It would be a shame for someone to bounce off the game due to a misunderstanding at the start. Personally I’m all over this game, I’ve enjoyed ecosystem simulations for a long time starting with the Swimbots simulation (http://www.swimbots.com/) and spreading out. To combine that kind of ecosystem simulation with a social simulation of sorts, and then mix in a divine hand limited by human language is just an amazing concept and I’m very glad that the game is developing so well. It’s not perfect, but it is still in development and the developers are open to feedback. I’d also like to briefly praise the aesthetic of the game, it looks great and the art style and interface is clear but concise in presenting information. 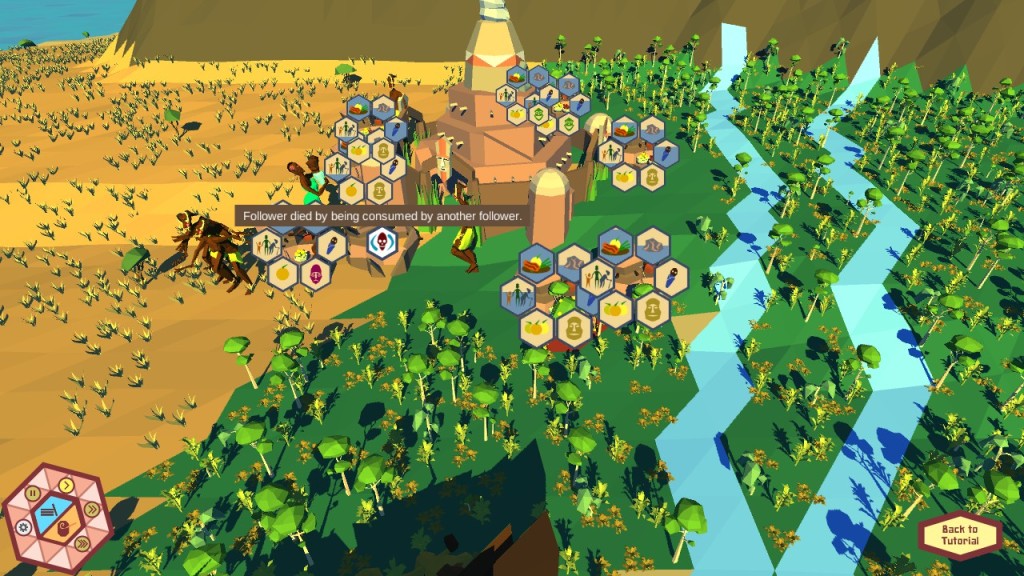 The game is currently available for around £4.00 or $5.00 on Steam, itch.io and just about everywhere else you can imagine, I’ll include links at the end. The system requirements aren’t too significant, I’d say that it’ll probably be okay on a mid-range desktop and possibly okay on a laptop although I haven’t tested yet. The game is also available on Windows, Mac and Linux (something else done right!), so it’ll run on just about any machine that’s got the grunt to run it. In short: This is a great experimental indie god game, that’s doing new and interesting things whilst looking pretty, running on almost anything and being cheap. What’s not to like?!