For a long time I’ve skirted around the subject of what are now referred to as “walking simulators” and now I feel the urge to engage with this more directly. This is an interesting discussion to be had as it is a clear display of just how wide and varied gaming has become, so wide and varied that it can encompass entirely different conceptions of itself. Initially a derogatory term, “walking simulator” has since been taken up by its advocates, entertainly stipping much of the negativity of the term and displaying the closed-mindedness of those who created the term to begin with. To this end I’m quite happy to, at this point in the introduction, drop the quotation marks from “walking simulator” and let walking simulators exist in their own right. What I hope to do here is not grand or explanatory, but instead I hope to have a little discussion on walking simulators and how interesting they are within the context of gaming as a whole. I’m not going to claim objectivity on the matter, nor am I going to claim to completely accurately represent the opinions of others, instead I will attempt to view the general consensus and understand it where possible rather than attacking blindly. There’s also a risk that this article could spiral into a “games as art” discussion, which has been had by many other people, many times before so I’ll try to avoid that. 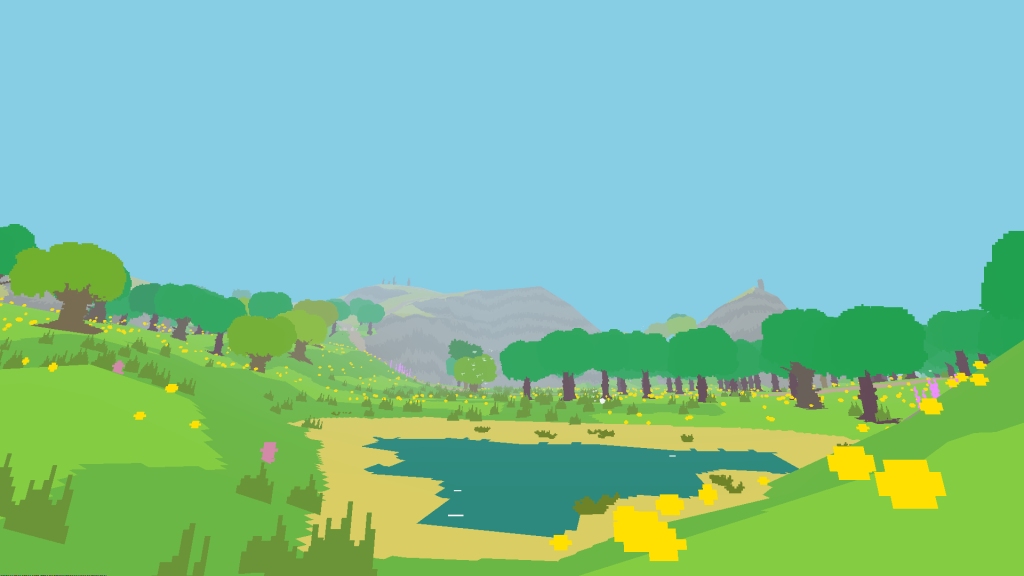 Driven by the availability of relatively quick and easy tools such as the Unreal Engine and Unity and a thriving indie scene to use them, experimentation in game design beyond the traditional paradigms took place and the general attitude especially among indie circles was that of acceptance. This isn’t true across the board of course, take Proteus for example which was not made with these tools, however in general the rise has mirrored the availability of cheap/free high quality development tools. The experimentation took many forms although generally produced shorter games or games based upon experience rather than the traditions of progression. I’m not entirely sure how to trace the origins of this movement, but my suspicions are that it can be traced to a very specific generation of developers. These are developers that grew up with games as a common thing, that learnt development but then got spat into a games industry based around console domination and corporate influence. Frustrated by this situation these developers then quit their corporate positions to push into a flourishing and well supported indie scene. This may not be true across the board but it does go a significant way towards explaining the nature of the experimental indie space that has arisen in the past few years, and from this space comes the walking simulator. 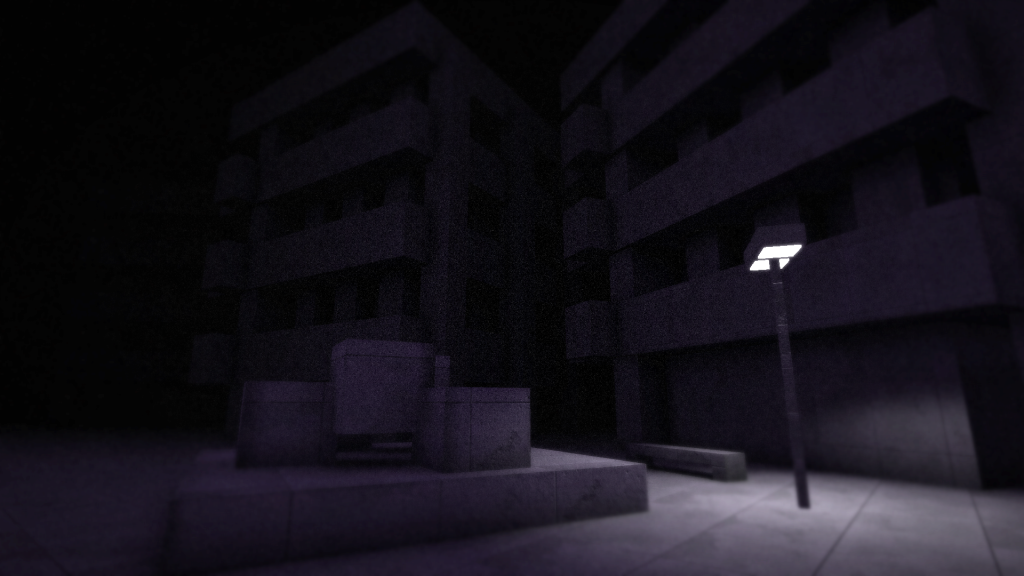 Walking simulators take many forms now, as rather than an explicit genre of games it’s become more of a label, like “roguelike” or “survival”. This isn’t really all that surprising as the popular birth of the term was through the then recently introduced User Tags system on Steam. As I’ve stated, it was originally a derogatory term used by those that felt that games were straying too far beyond what they considered gaming. For the most part let’s just assume that those using this term in a derogatory fashion don’t exactly represent the finest examples of what the gaming community has to offer. There is some degree of logic to their argument, perhaps they consider themselves “gamers” and are concerned that if games that they consider to be non-games become too associated with the term, then they themselves could become associated with them too. This is a long stretch and the logic of that sentence barely makes sense even in its most abstracted portrayal, but this is the kind of person that we’re dealing with. To be fair I’m actually tempted to, and would be content with, merely ignoring the vast majority of any input from such individuals despite this being quite hard due to their relative volume. In this case though they’ve actually given us a rather nice term to appropriate through twisting the semantic association, so thanks for that guys and enjoy screaming abuse at each other in Battlefield. 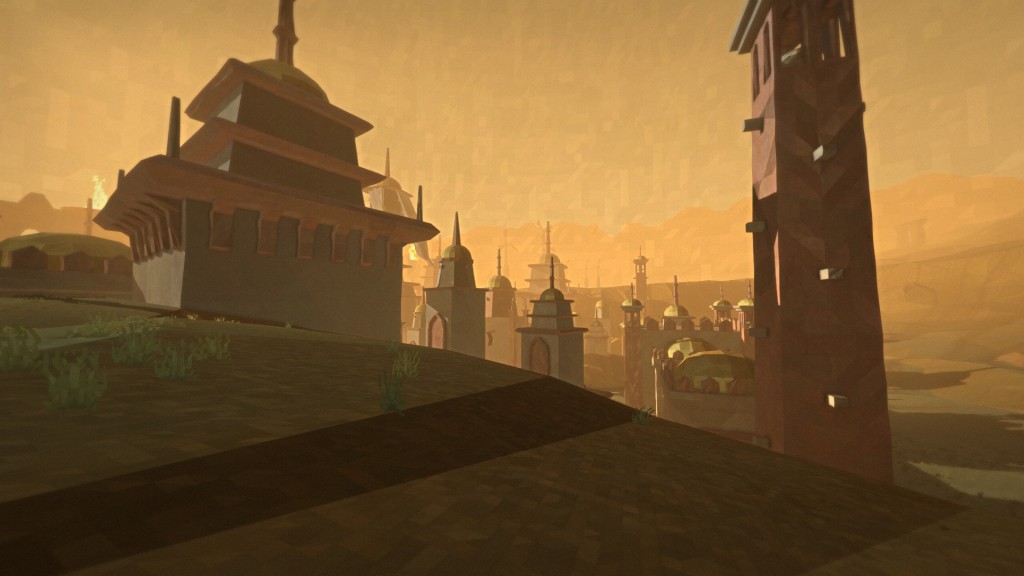 The whole concept of games as experience, and especially walking simulators, is immensely valuable. Games have existed as experiences for a long time, and it was probably exactly this that inspires the current generation of indie developers, however to have games explicitly built to invoke experience offers infinitely more opportunity. Previously the experience of the game was often an offshoot of an objective or story focused gameplay, which somewhat limited the potential for exploring the immersive potential that gaming perhaps almost exclusively shares with books. To this end, Proteus for example is a fantastic experience, it is a game that attempts to capture the core of a very positive perception of nature and distil it into a simplistic visual form. Like a book this offers the player a framework upon which to construct the immersive experience. It’s an experience that offers the player their own goals, normally exploration, and that’s a valuable freedom of choice to give and be given. There are other walking simulators that don’t necessarily have such goals, take Prowl by House of Wire or Air Time by Zenuel, these are based almost exclusively around evoking a feeling or a sensation. TONIGHT YOU DIE (TYD) by Duende offers something between, being a somewhat interestingly named walking simulator set in a dark and empty city of brutalist architecture. What TYD does which is interesting is not only draw upon the inherent properties of brutalist architecture but also, perhaps intentionally perhaps not, drawing upon the sociocultural associations of brutalist architecture as well. Not all games under this label have such an abstract sense of the “game” concept, take for example a game that I have previously reviewed: Eidolon. This is a game which takes a survival-lite, exploration heavy approach and the result is fantastic, yet still very much a walking simulator.

Really the conclusions that I can draw from this brief foray is that despite the rather underwhelming origin of the term, walking simulators do represent a progressive and positive trend, and the fact that the derogatory term could be transformed so easily is a testament to that. Games are becoming more than they once were and whilst it’s not absolutely necessary to embrace this change, opponents could at least treat the expansion with indifference rather than attempting to enforce their particular opinions on others. Personally I like the way this change is happened, as is probably evident from my various reviews. To those on the fence I would say give this new frontier of experimental gaming a try with an open mind, you might just enjoy it. To those attacking it, chill out, just because you don’t like something doesn’t mean no-one else can because really, what harm is my enjoyment of something to you?

Prowl by House of Wire

TONIGHT YOU DIE by Duende